Why Is No One Complaining About Billions in Aid to Jordan and Egypt — Only Israel?

The House of Representatives Building and the East Portico of the US Capitol. Photo: Flickr.

Yesterday, a tweet went viral that claimed that the COVID-19 relief bill included $500 million for Israel. It was designed to make people think that aid that could have gone to COVID is instead being directed to Israel. But the appropriation was actually included in a separate 6,000 page budget bill — the Consolidated Appropriations Act, 2021.

The antisemitism that followed the tweet — which was written by a self-appointed journalist, who defended it while admitting it was incorrect — was predictable. This is textbook antisemitism, where Israel is singled out as somehow uniquely stealing US tax dollars.

The bill also gives money to Arab and Muslim countries. A lot of it:

SEC. 9026. Of the amounts appropriated in this title under the heading ‘‘Operation and Maintenance, Defense Wide’’, for the Defense Security Cooperation Agency, $250,000,000, to remain available until September 30, 2022, shall be available to reimburse Jordan, Lebanon, Egypt, Tunisia, and Oman under section 1226 of the National Defense Authorization Act for Fiscal Year 2016 (22 U.S.C. 2151 note), for enhanced border security, of which not less than $150,000,000 shall be for Jordan. [emphasis added]

Of the funds appropriated by this Act under the heading ‘‘Economic Support Fund’’, not less than $125,000,000 shall be made available for assistance for Egypt, of which $40,000,000 should be made available for higher education programs, including not less than $15,000,000 for scholarships for Egyptian students with high financial need to attend not-for-profit institutions of higher education in Egypt… [emphasis added]

And apparently a separate item on page 1437:

Of the funds appropriated by this Act under the heading ‘‘Foreign Military Financing Program’’, $1,300,000,000,  to remain available until September 30, 2022, should be made available for assistance for Egypt. [emphasis added]

While there are various strings attached to many of these programs, there is not a word about conditioning aid to Jordan on its extraditing terrorist Ahlam Tamimi to the US. 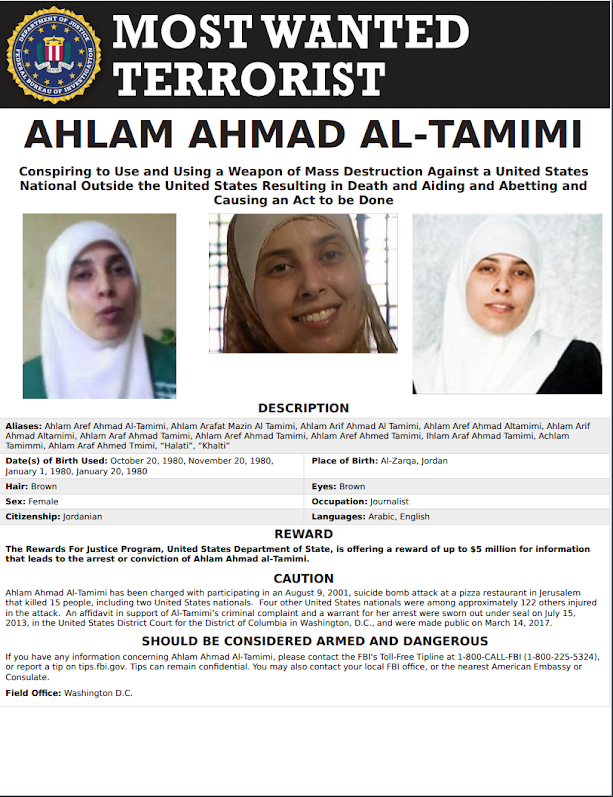 Where’s the outrage over that?

If you care about how the US government is allocating money to foreign countries during a time of domestic COVID economic woes, then why not mention the higher amounts earmarked to other countries besides Israel?

You know the reason. Because these people are so immoral they will even use the pandemic to push their anti-Israel agenda.