Blogger Elder of Ziyon posted recently about a webinar held by The Lajee Center, an NGO centered in the Aida UNRWA camp, that featured Health for Palestine Director Dr. Bram Wispelwey arguing that Israel was responsible for high levels of diabetes among Palestinian “refugees.”

However, of greater concern, is the fact that several months ago, the London Review of Books (LRB) published a blog post by Dr. Wispelwey (“Underlying Conditions,” April 18) where he made the same accusation.

Here are the relevant passages:

At nearly 18 per cent officially, and probably higher, the prevalence of diabetes among Palestinian refugees in the West Bank is one of the highest in the world. The official rate in Gaza is 16 per cent. Among adult citizens of Israel, it’s 7.2 per cent…

Decades of living in overcrowded refugee camps and a rapid transition to cheap and readily available high calorie foods, in part a result of the neoliberal economic changes that came with the Oslo Accords, have led to an explosive increase in obesity and diabetes among Palestinians. As in other parts of the world, the prevalence of the disease is linked to land dispossession, structural violence, colonial domination and oppression. [emphasis added]

First, Elder put the charge in context by citing a report from the World Diabetes Foundation showing that the Palestinian diabetes rate, nearly 18%, is similar to other Middle Eastern countries. Additionally, this graph shows that wealthy oil-producing Gulf countries with high levels of expenditures on public health, such as Saudi Arabia and Kuwait, are among those states with higher levels of diabetes than Palestinians. 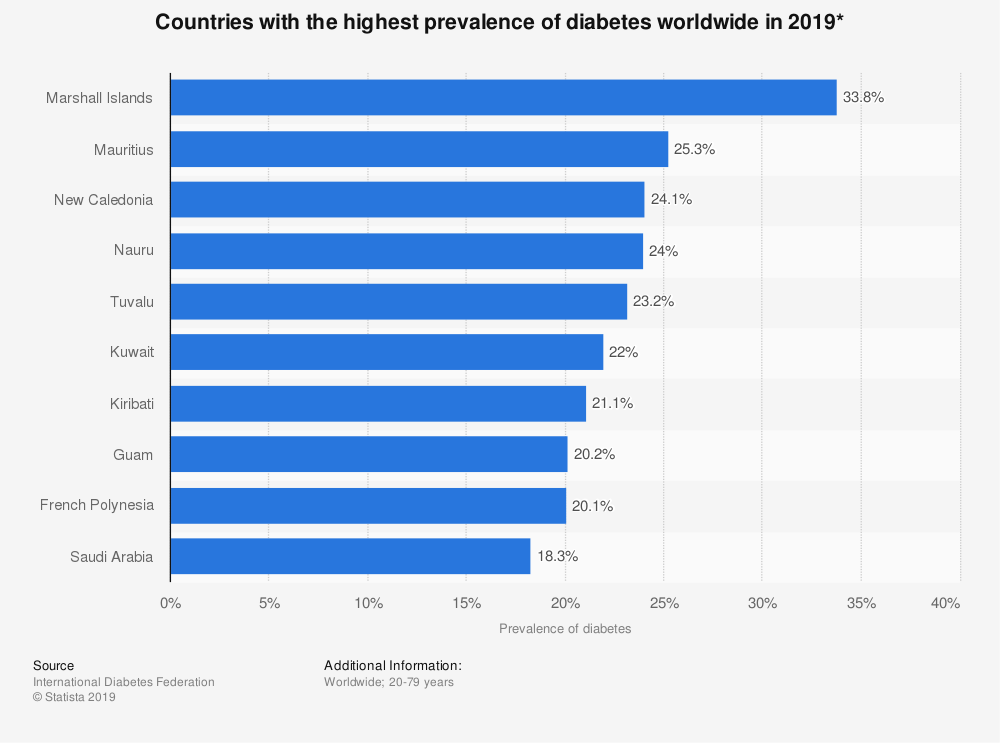 If the LRB contributor was to make a serious argument about the cause of high levels of diabetes among Palestinians, he would have at least had to acknowledge that other, far wealthier states in the region similarly have a high prevalence of the disease.

But this would have required real research, and forced him to consider that cultural or sociological factors, and individual lifestyle choices regarding diet and exercise within the MENA region may explain such high Palestinian morbidity rates.

But, as the passages above show, no serious research was conducted.

For instance, Wispelwey claims that living in “overcrowded refugee camps” and “neoliberal economic changes that came with the Oslo Accords” led to “readily available high calorie foods,” which resulted in increased diabetes rates. Yet, he doesn’t offer any empirical evidence to demonstrate a correlation between these phenomena, nor any data showing lower levels of diabetes before the Oslo Accords.

Even more clumsily, the LRB contributor posits that the prevalence of diabetes is linked to “land dispossession, structural violence, colonial domination and oppression” — yet he offers no evidence to connect the two. And, even if we were to accept the writer’s accusation about Israeli “colonialism” and “structural violence,” data in the chart above shows the states with the highest levels of the disease have no such political dynamics present.

At the end of the day, all we have is an evidence-free, politically-motivated assertion suggesting Israeli responsibility for high Palestinian diabetes rates — sophomoric anti-Israel agitprop dutifully published by editors at an influential British literary magazine.

Adam Levick serves co-editor of CAMERA UK, an affiliate of the Committee for Accuracy in Middle East Reporting in America (CAMERA), where this article first appeared.