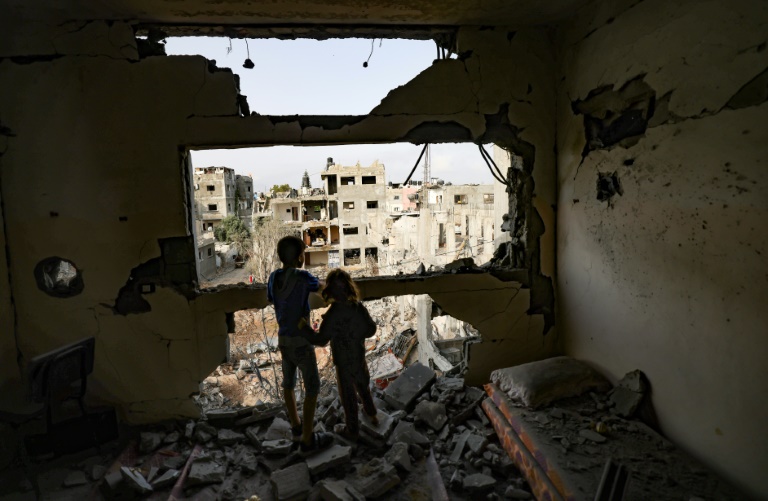 Last week, Hamas took journalists through a damaged school to show how horrible Israel is.

But note the pattern of tiny holes all over the walls. 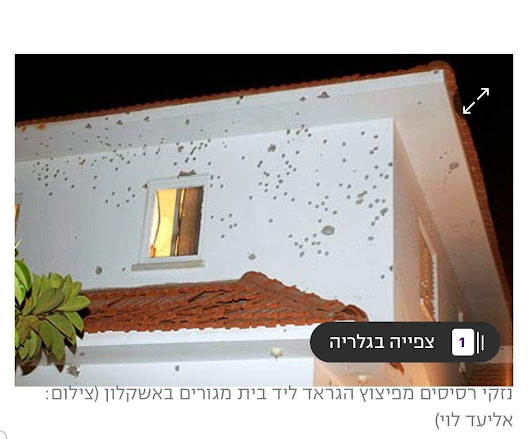 That’s not how Israeli missiles work. Israeli attacks in Gaza are as pinpoint as possible, because Israel wants to avoid collateral damage. (Israel stopped using cluster munitions in 2006, although it is still criticized for exporting them to other countries.)

The picture above is a home destroyed by an Israeli airstrike, possibly belonging to a terrorist. There are very few small holes in the walls, unlike the damage from Hamas rockets.

The spray pattern in the school happens to be exactly what Hamas rocket damage looks like, though, judging by this photo of the aftermath of a Hamas rocket:

Hundreds of rockets from terror groups fell short in Gaza, and it is likely that many of them caused deaths and serious damage. Save the Children claims 50 schools in Gaza were damaged in the recent fighting. The Palestinian Ministry of Education says the number was 187.  And there is no doubt that some schools were damaged as Israel attacked tunnels under streets that schools were on (tunnels meant to funnel arms and terrorists).

But journalists clearly aren’t asking how many of the schools shown by Hamas to gain sympathy were actually damaged by…Hamas.

Watch footage from the Hamas tour below: