Palestinian Journalists Turn Against the PA

There have been numerous attacks on journalists during anti-government rallies in the West Bank over the past few days. Undercover Palestinian police and Fatah members have been filmed attacking journalists, destroying cameras, and committing other human rights abuses. Many journalists have been injured. 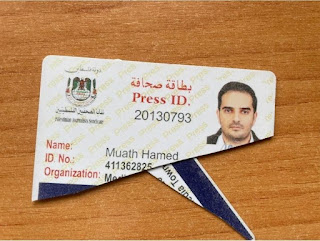 Finally, the Palestinian Journalists Syndicate issued a statement condemning the Palestinian Authority (PA) for these attacks on journalists. They called on the PA to dismiss the current police chief, and they called for a clear apology. They said that journalists will not cover news about the government or presidency until these demands are met.

This is, as far as I know, unprecedented. The media (outside Gaza) has always been in the pocket of the PA government.

The current protests are of a different nature than previous ones, and this is one of the biggest threats to the PA since it was created.

Journalist Khaled Abu Toameh has quoted Mahmoud Abbas as saying in 2011, “I will step down before the first demonstration against me takes place. I will not accept 4, 10 or 20 people chanting ‘Down with Abbas!’ I will leave before that.”