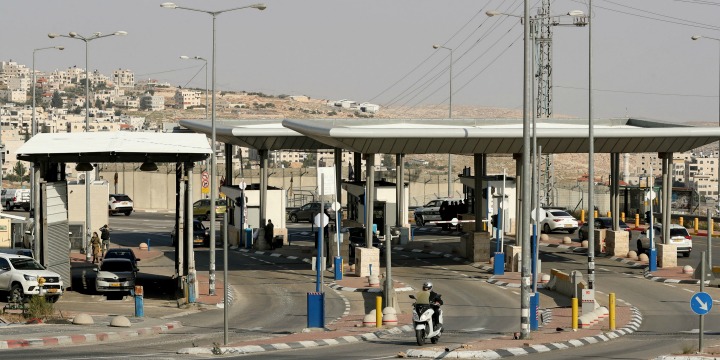 On September 14, The Daily Beast published a piece, titled “The Courageous Men Who Smuggle Palestinians into Israel,” that condones criminal activity and ignores the Jewish state’s precarious security situation.

Cloaked as a review of a documentary about Palestinians engaging in human trafficking, The Daily Beast report blithely skips over inconvenient facts, in order to tar Israel with the vile, baseless accusation of ethnic cleansing.

The incessant and severe security concerns that Jerusalem must cope with are, it seems, a non-starter for Daily Beast writer Caspar Salmon, who depicts Israeli security forces as simply paranoid:

For example, en route with the drivers, we see very well how all Palestinian civilians are cast as suspects by Israeli forces, and how the drivers and their acolytes live in a permanent state of threat.

Seemingly out of nowhere and for no good reason, Israel built a wall that has, according to Salmon, “facilitated the continued annexation of Palestinian territories by Israel.”

In fact, the construction of the security barrier was in direct response to the unprecedented wave of violence unleashed by Palestinian terrorists beginning in September 2000 against Israeli citizens during what became known as the Second Intifada.

This dark period saw over 1,000 Israeli civilians and soldiers killed. An additional 7,000 were injured as a result of suicide bombings and shootings. The Israeli government thus approved and began construction of the security barrier in an attempt to stop rampant Palestinian terrorist infiltrations and murders.

Due to the security fence’s effectiveness, suicide bombings carried out by Palestinians entering Israel from the West Bank decreased sharply. The number of such attacks fell by 90 percent. In 2002, 457 Israelis died from terrorist attacks. In 2009, that figure had dropped to eight Israelis.

Despite the barrier’s success, a spasm of recent violence emanating from the West Bank attests to the continued precariousness of Israel’s security:

The Daily Beast article praises human smuggling in Israel. However, The Daily Beast covers the scourge of human trafficking quite differently when it is happening outside of Israel:

Moreover, The Daily Beast and other outlets are so fixated on lambasting Israel that they are oblivious to the dire state of human trafficking inside the Palestinian Authority (PA)-run West Bank. According to the US Department of Labor’s Bureau of International Affairs, the PA “does not criminally prohibit child trafficking or forced labor in accordance with international standards. In addition, laws criminalizing commercial sexual exploitation of children are insufficient because they do not criminalize the use, procuring, and offering of all male and female children for prostitution, the production of pornography, or pornographic performances. Further, there are no criminal penalties for recruiting children into non-state armed groups.”

In contrast, the Jewish state takes the problem of human trafficking seriously. In May, Israel became the first non-European country to join the Council of Europe’s anti-Human Trafficking Convention. The convention was adopted following a series of initiatives by the Council of Europe in the field of combating trafficking in human beings. While building on existing international instruments, the convention goes beyond the minimum standards agreed upon in them and strengthens the protection afforded to victims.

The Daily Beast’s inability or unwillingness to tell the whole story about Israel’s security challenges and the crime of human trafficking leaves the website’s vast readership completely unaware of the complexity of the Jewish state’s policies in the West Bank. Left unchecked, such inaccuracies facilitate the spread of antisemitic canards about Israel. According to the Beast’s author Salmon:

Though hostilities have been continuous in the area for years, the crisis in May 2021 seemed to mark a turning point in public opinion, with many people describing the situation as outright ethnic cleansing by Israel…”

In reality, a form of ethnic cleansing did take place in the area — against Jews living under Jordanian rule between 1948 and 1967. As Israel fought for its independence, Jews were driven from the Jewish Quarter of Jerusalem’s Old City by the Arab Legion, which had been their home for centuries. Jews were even forbidden from visiting Jewish holy sites until the city’s reunification in 1967.

Meanwhile, Arabs living in Israel today comprise over 20 percent of the population. Inside a country that The Daily Beast accuses of ethnic cleansing, Arab citizens are entitled to the full rights of citizenship. Israeli laws and democratic institutions uphold these rights.

By perpetuating the image of Israel as Goliath persecuting the Palestinian David, the Daily Beast and other outlets have done something far worse than just get the facts wrong. By not adequately reporting on Palestinian human trafficking, those engaged in such crimes are absolved of any responsibility while the Palestinian Authority isn’t held to account for its startling lack of interest in this gross human rights violation.

And it’s the Palestinian people who continue to suffer as a result.