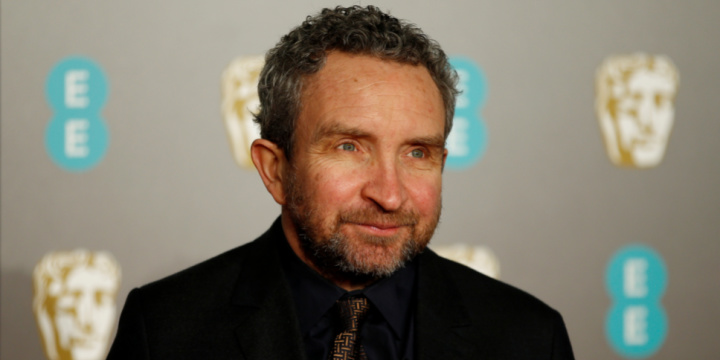 Eddie Marsan at the British Academy of Film and Television Awards (BAFTA) at the Royal Albert Hall in London, Britain, on February 10, 2019. Photo: REUTERS/Henry Nicholls.

Actor Eddie Marsan addressed the “relentless” abuse he has faced on Twitter for playing a Jewish character in the new drama series “Ridley Road,” which airs on Britain’s BBC One.

Marsan, 53, who is not Jewish, took on the role of Soly Malinovsky, the leader of the anti-fascist underground movement known as the 62 Group. The four-part series, which premiered on Oct. 3, is set in post-World War II Britain and chronicles the rise of fascism in London’s East End.

“F**k me, this is relentless, all I did was play a Jew, I dread to think what would’ve happened if I was actually Jewish,” Marsan wrote Thursday on Twitter about the backlash he has received. He also shared screenshots of several abusive tweets, including one from a user who said “Eddie, you are a crap actor and I’ll never watch shite with your Apartheid loving bake in it.”

The former “Ray Donovan” star confronted some of his critics on Twitter earlier in the week, highlighting a post by one user who called the series “excellent” but criticized Marsan and his co-star, Jewish actress Tracy-Ann Oberman, for being in the show. Both Marsan and Oberman have spoken out against former Labour party leader Jeremy Corbyn over allegations of antisemitism in the party.

British Jewish actress Tracy-Ann Oberman said she won't be deterred from calling out antisemitism when necessary, even as she continues...

“[It] just leaves a bitter taste in the mouth knowing their work on Twitter throwing fake antisemitism around to stop a life long anti-racist Jeremy Corbyn & legitimizing Palestine,” the user wrote. Marsan responded to the message by saying, “I was grateful to do ‘Ridley Road’ because it gave me the opportunity to confront people like you, constructively and creatively. You can scream & shout all you want & throw around false accusations about but it just reconfirms your prejudice.”

Others asked the actor why BBC is even airing “Ridley Road.” One Twitter user wrote to Marsan on Thursday and said, “Why does the BBC do so many programs favoring the Zionists’ ‘return’ and so few favoring Palestinian’s Right of Return?”

The actor fired back, “I did a series about British Jews facing antisemitism, nothing to do with Israel or Palestine. But if you think they’re linked you probably think one justifies the other & the irony is, that’s exactly why Ridley Rd got commissioned.”

Karen Pollock, chief executive of the Holocaust Educational Trust, called the abuse that Marsan is facing “shocking, disgusting, [and] exhausting all at once.” After others on social media also condemned the verbal abuse targeting the actor, Marsan wrote “Thanks for all the kind responses about this but honestly, I’ve been in this game for 30 years & I think I’m the dogs bollocks, I’m fine.”

“But the point is, what if I wasn’t,” he added. “What if I were a young kid just starting out & I had to deal with this level of abuse. It’s unacceptable.”