Although the summer is over, the Palestinian Authority (PA) and Fatah continue what they call “summer camp activities” for youth, which present terrorists as role models.

The teens, who are from schools in the area, participate in a camp named after the murderer, who helped hijack a bus full of Israeli civilians in 1978, murdering 25 adults and 12 children:

The Salfit branch of Fatah’s Shabiba High School Movement Committees posted photos of the camp participants during training, where they wore military uniforms and stood in formation. 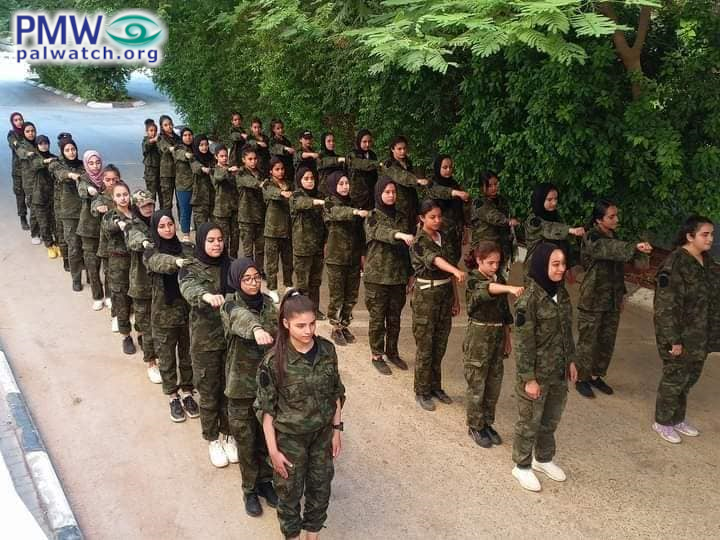 At the end of the two-day camp, the participants received certificates: 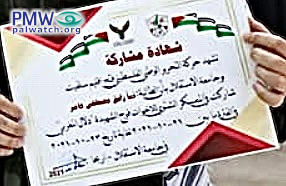 Text on certificate: “Certificate of Participation 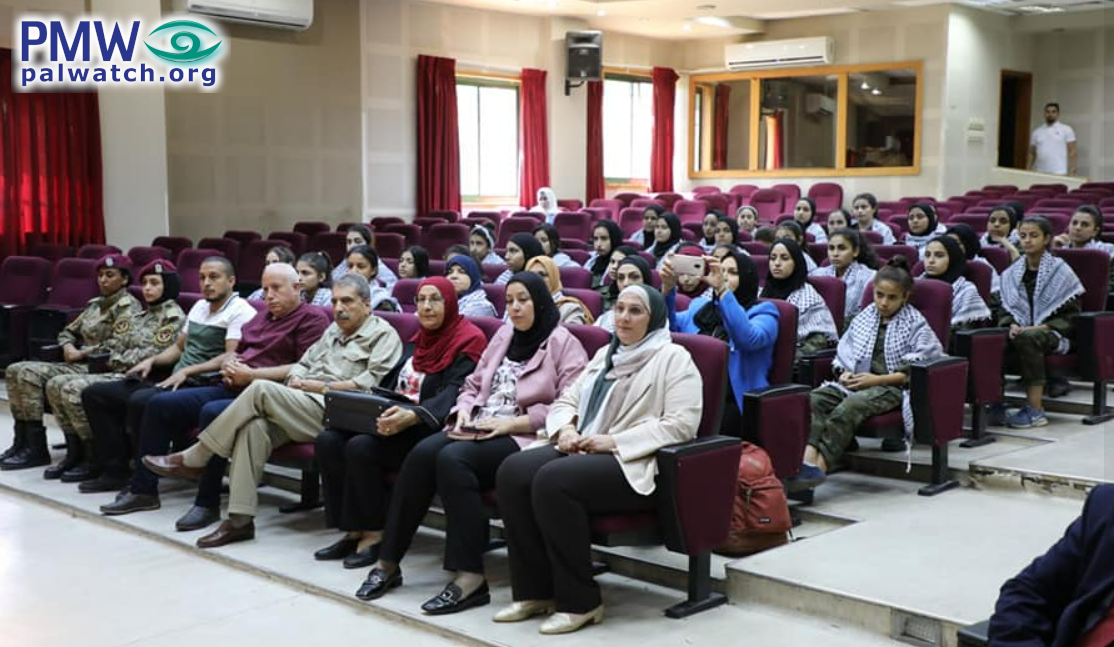 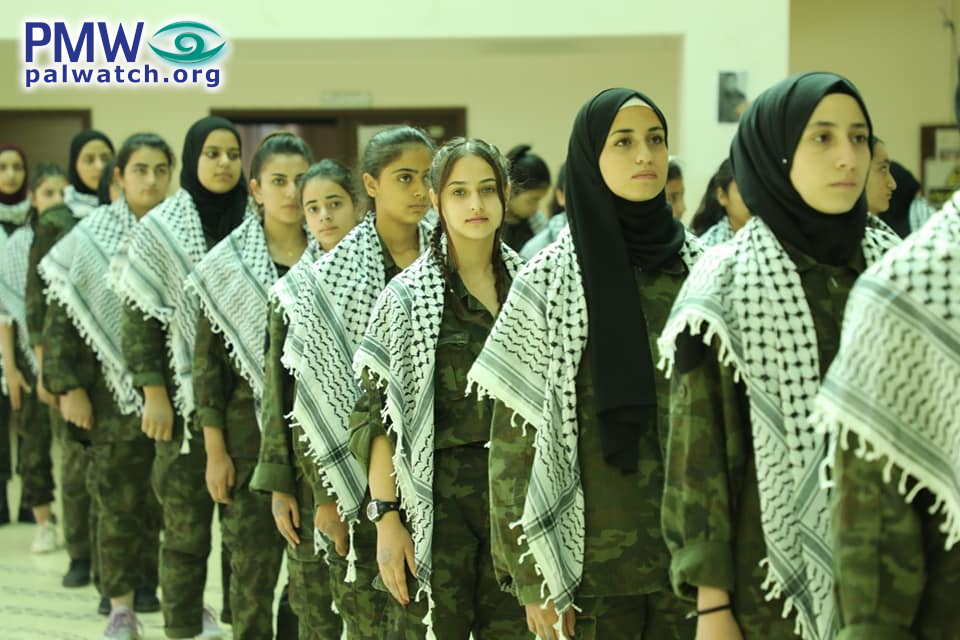 These recent examples are not isolated. Palestinian Media Watch (PMW) has exposed that for decades, the PA and Fatah have lauded murderer Mughrabi and the attack in 1978, which was the most lethal in Israel’s history.

For instance, PMW reported on two “Sisters of Dalal Mughrabi Summer Camps” organized by the PLO Supreme Council for Youth and Sports, and Fatah: 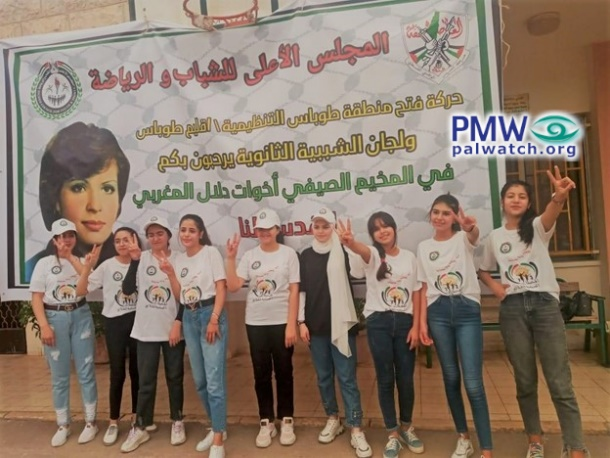 The PA also honored her as a role model for women on International Women’s Day, lauded her as “female fighter” and “courageous” on the anniversary of her attack, and a branch of the PA Ministry of Education had Palestinian teachers trained to use teaching materials to praise her.

A Fatah official also glorified Mughrabi as a “guiding light,” while the movement posted a video about her attack — “the operation” — calling her “the symbol of the Palestinian revolution.”​