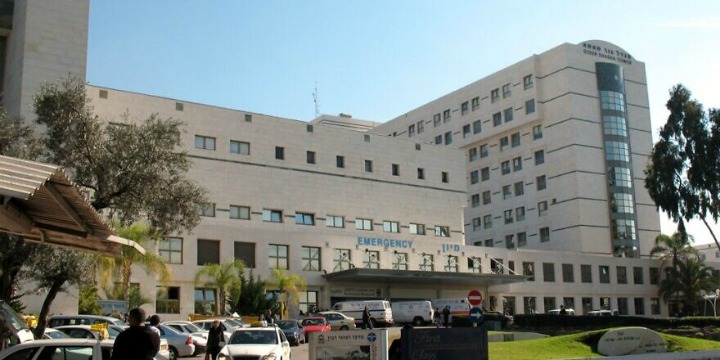 A blind woman has regained her eyesight after 20 years following a first-of-its-kind surgery at an Israeli hospital.

The rare procedure carried out at Israel’s Beilinson hospital restored the sight of 60-year-old Hanan Awad from Nazareth, who suffered from a severe corneal disease which led to her blindness. During the complex surgery, which was performed for the first time at an Israeli hospital, a piece of bone from Awad’s leg and an artificial cornea were implanted in her eye.

“The surgery is performed in the most severe cases of corneal disease in which it is not possible to perform a cornea transplant from donor tissue, and in fact it is the only option for returning eyesight to blind patients whose condition until now was considered incurable,” said Dr. Eitan Livni, head of the cornea unit at Beilinson, also known as the Rabin Medical Center.

Diseases of the cornea, the eye’s outermost lens are the second leading cause of blindness in most developing countries. Every year about two million new cases of corneal blindness are recorded, according to estimates by the World Health Organization.

Awad’s two-phase procedure involved surgeries lasting seven hours each, the hospital explained last week. During the first, a piece of bone from Awad’s shin was taken and then carved and sculpted into the shape of a thin disc. In its center, a 3-millimeter hole was drilled, into which an artificial cornea made of plastic material was inserted. As a result, the doctors created a hybrid implant of organic bone and an artificial implant, to be implanted in the affected eye.

For a period of three months, the implant was placed under Awad’s skin so that soft tissue and blood vessels would nourish the bone and it would be kept alive. During this period, fresh tissue grows that attaches to the bone. In the second phase of the procedure, the surgeons removed the bone prosthesis with the blood vessels formed around it, and in a complex operation, implanted the bone disc with the artificial cornea in the center of Awad’s eye.

“We are pleased to lead another breakthrough in the field of artificial corneas. These are surgeries which are performed in a small number of medical centers around the world, due to the great complexity associated with them,” said Professor Irit Bahar Director of Beilinson’s Ophthalmology Department. “Beilinson is the only center in the country to perform these types of surgeries, which restore eyesight to blind people.”