Do you know who Dalal Mughrabi was?

Well, the Palestinian Authority (PA) and Fatah are making sure that every Palestinian does.

Mughrabi was a female Palestinian terrorist who led the most lethal terror attack in Israel’s history, known as the Coastal Road massacre, in which she and other Fatah terrorists hijacked a bus on Israel’s Coastal Highway in 1978, murdering 37 civilians, 12 of them children, and wounding over 70.

As Palestinian Media Watch has exposed for decades, the PA and Fatah are not letting anyone forget about this “quality operation” and its “heroic” female leader, Dalal Mughrabi.

A columnist of the official PA daily demonstrated the success of the PA’s brainwashing when he wrote that “any Palestinian” would mention Mughrabi’s attack “at lightning speed” when asked about “important” days in March:

If you were to ask any Palestinian about the important dates in this month, at lightning speed they would list International Women’s Day, the operation of Dalal Mughrabi, and [Mughrabi’s] death as a Martyr together with her comrades in the operation.

As part of its ongoing promotion of the murder of 37 Israeli civilians as a glorious deed, Fatah’s Nablus branch posted a video this year showing different photos and posters of murderer Mughrabi, accompanied by a song including the words, “You are history and nobility, you are the sister of the men. You are the victory”: 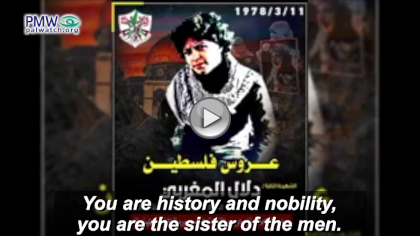 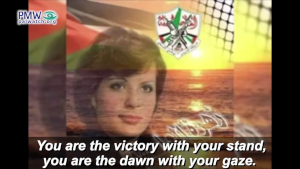 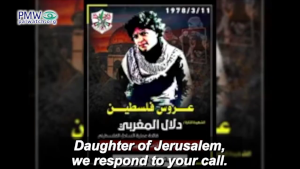 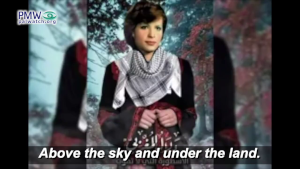 Lyrics: “You are history and nobility, you are the sister of the men. You are the victory with your stand, you are the dawn with your gaze. Owners of the land, we protect the honor. Daughter of Jerusalem, we respond to your call. Above the sky and under the land.”

Posters of Mughrabi in the video bore texts praising her:

Text on poster 1 and 4: “March 11, 1978
The Bride of Palestine
Dalal Mughrabi
Leader of the Palestinian coast operation (i.e., the Coastal Road massacre)
She established the Republic of Palestine on the shores of Tel Aviv”

Text on poster 5: “Dalal Mughrabi
The legend that never dies”

The PA marked the anniversary of “the death as a Martyr of female fighter Dalal Mughrabi” with a false version of the story of the terror attack, in which the PA claimed that the 37 Israeli civilians murdered were “soldiers.”

Murderer Mughrabi was glorified as “the legend that never dies” and leader of “the bravest military operation in our history”: 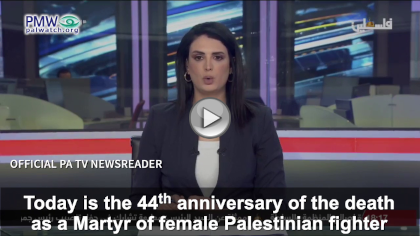 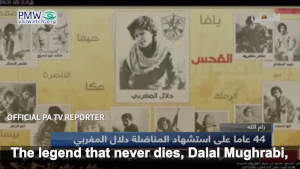 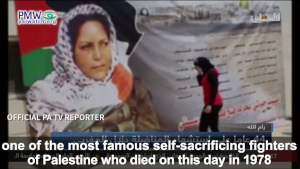 Official PA TV reporter: “The legend that never dies, Dalal Mughrabi, one of the most famous self-sacrificing fighters of Palestine, who died on this day in 1978 when she landed together with her squad to carry out a self-sacrificing operation [i.e., terror attack] against the occupation army’s ranks in Tel Aviv…

The Deir Yassin squad spread out the plan of Martyr leader Khalil Al-Wazir ‘Abu Jihad’ to carry out an operation: Land on the coast, take control of a military [sic., civilian] bus, and head to Tel Aviv to attack the Israeli Parliament building [sic., the Parliament building is in Jerusalem]. The self-sacrificing fighters competed with each other over who would participate in it, foremost among them Mughrabi who was in her 20s. She was chosen as the leader of the squad that would carry out the operation…

Mughrabi and her comrades succeeded in … taking control of a bus and all its passengers who were soldiers [sic., all were civilians]. In the exchange of fire with other soldiers outside the bus, the operation left killed and wounded people among the occupiers…

Dalal, one of the first names of Palestine … a daughter of Jaffa, who was the first female military commander in the history of the modern Palestinian struggle and led the bravest military operation in our history.”

The official PA daily distorted the events of the attack in a similar way, referring to the civilian victims as “soldiers,” and inflating the number of murdered Israelis, claiming that “this operation led to hundreds of killed and wounded on the Israeli side.”

Incomprehensibly, the fact that Mughrabi and her group of terrorists murdered 37, among them the 12 children below, is still a source of pride for the PA and Abbas’ Fatah movement. 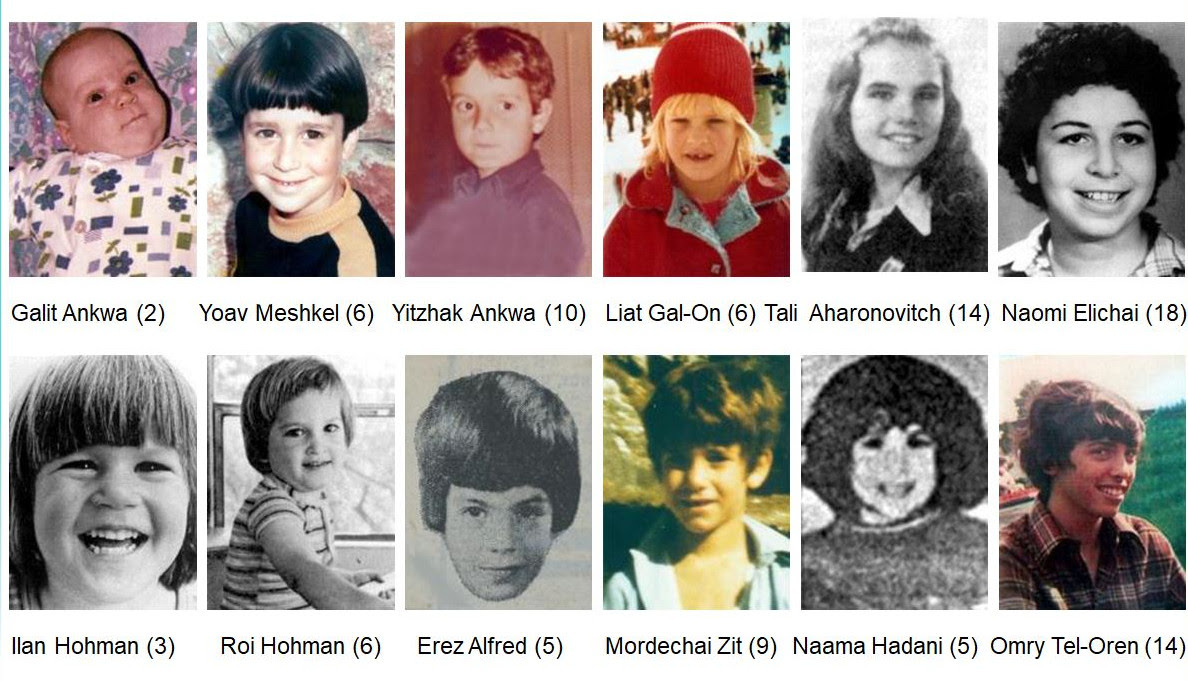