On a regular basis, the Palestinian Authority (PA) glorifies terrorists who have attacked, wounded, and/or succeeded murdering Israeli civilians. including women and children.

As Palestinians express joy over their relatives’ martyrdom-death in a terror attack, they also express their pride in their terrorist relatives who are jailed for murdering Israelis.

Amjad Ubeidi, an Islamic Jihad terrorist who is serving 23 life sentences, is a source of pride for his family because he sent female suicide bomber Hanadi Jaradat to carry out a suicide attack at a restaurant in Haifa on Oct. 4, 2003. There, she murdered 21 people and wounded over 50: 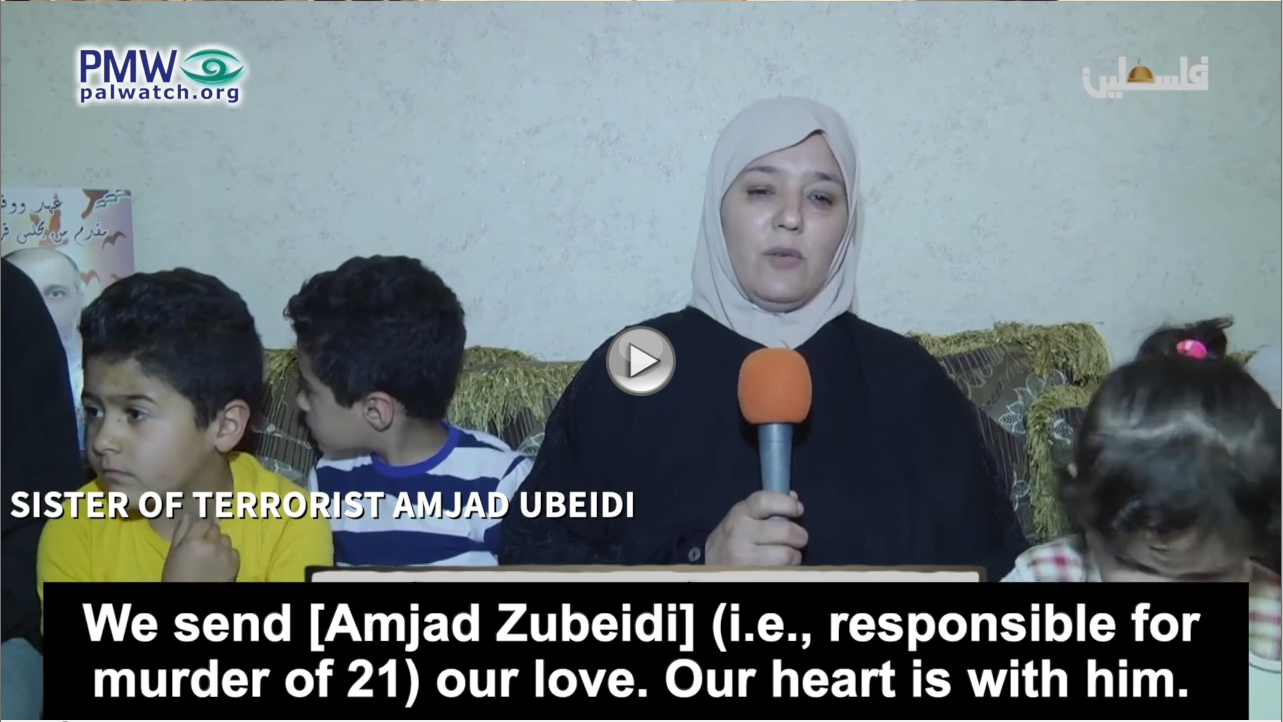 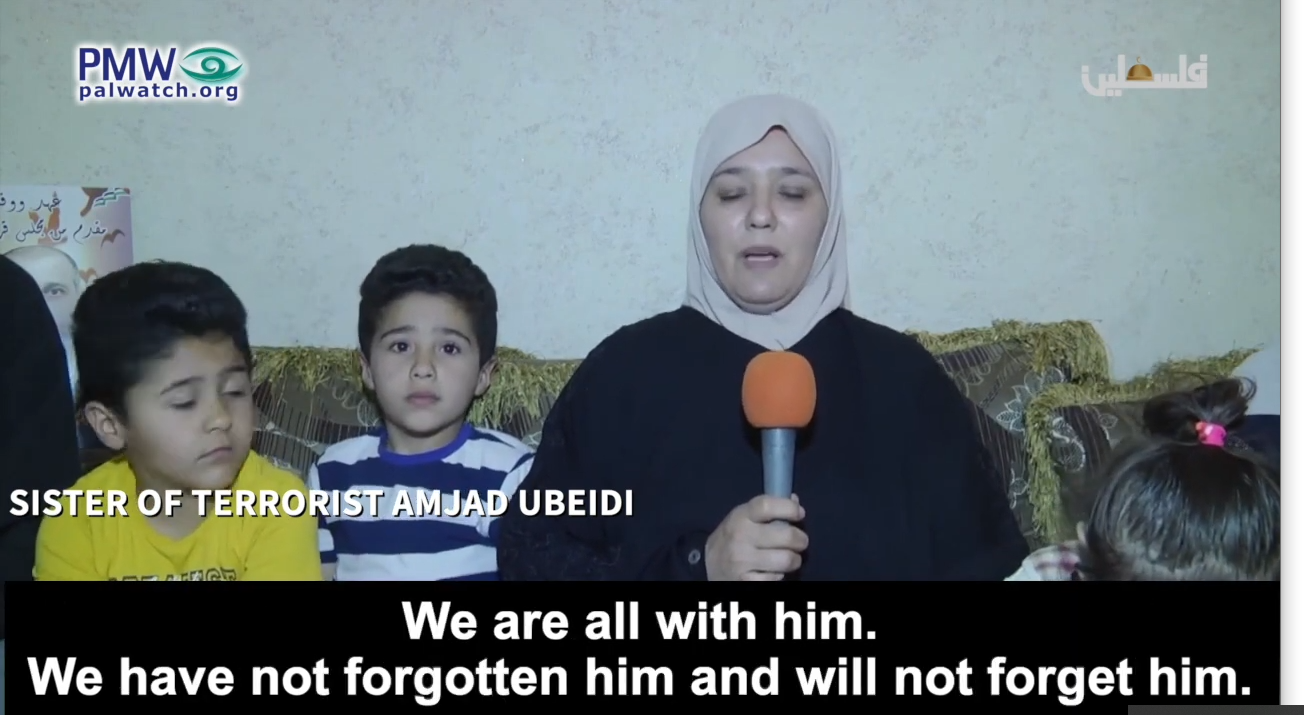 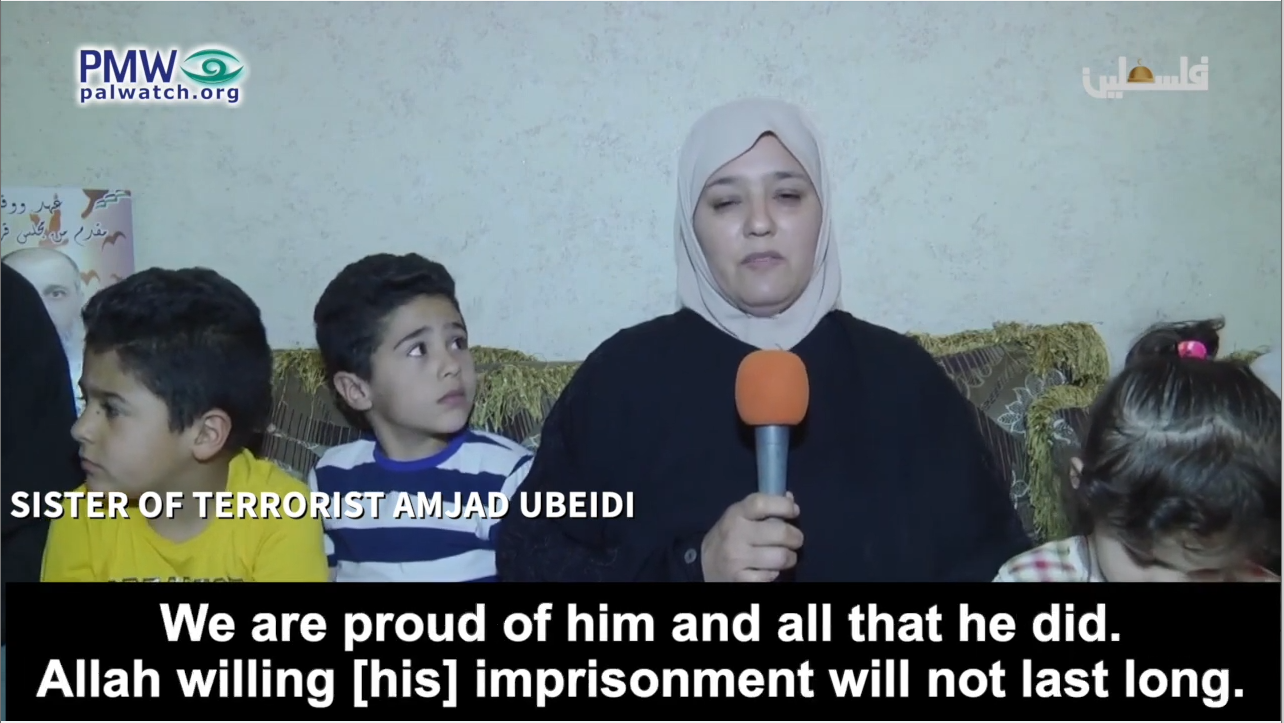 Sister of terrorist Amjad Ubeidi: “We send [Amjad Zubeidi] our love. Our heart is with him. We are all with him. We have not forgotten him and will not forget him. We are proud of him and all that he did. Allah willing [his] imprisonment will not last long.” [emphasis added]

Another proud relative is the sister of As’ad Al-Rifai, one of the terrorists who last month attacked Israelis with axes and knives in the town of Elad near Tel Aviv and murdered three Israelis.

His family is not upset about his crime. In fact, the murderer’s young sister is even “proud of what he did”: 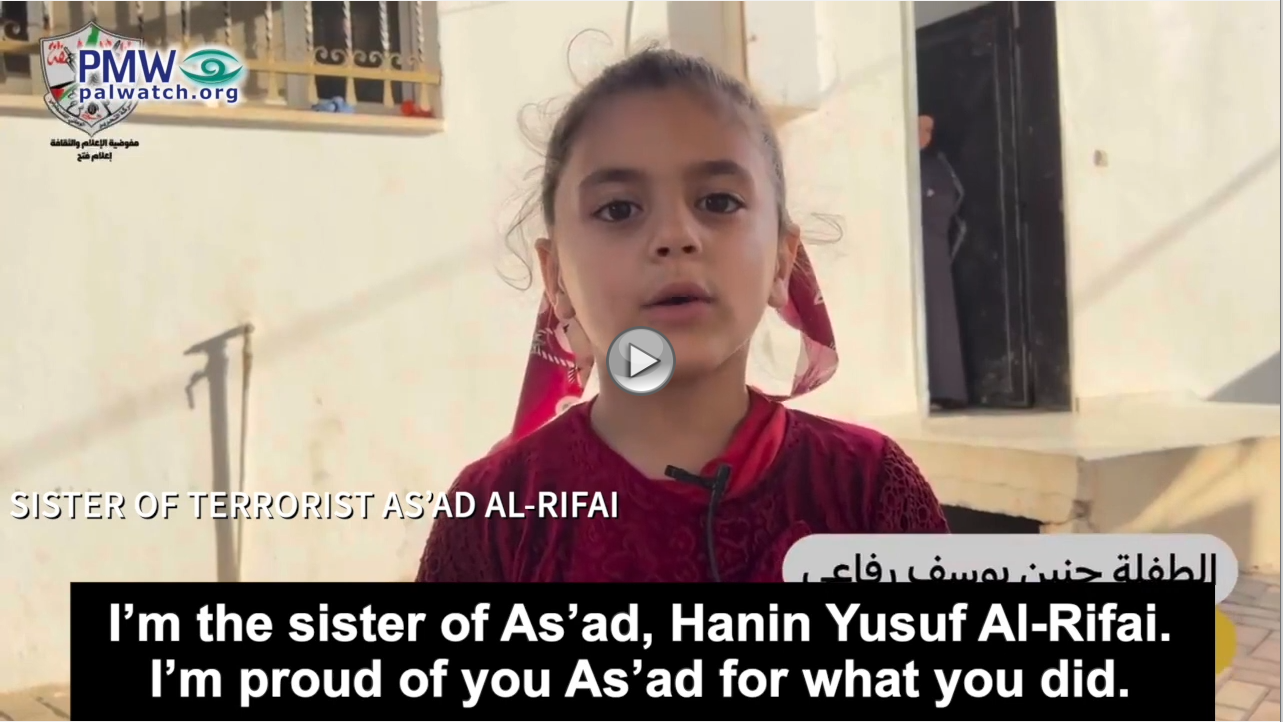 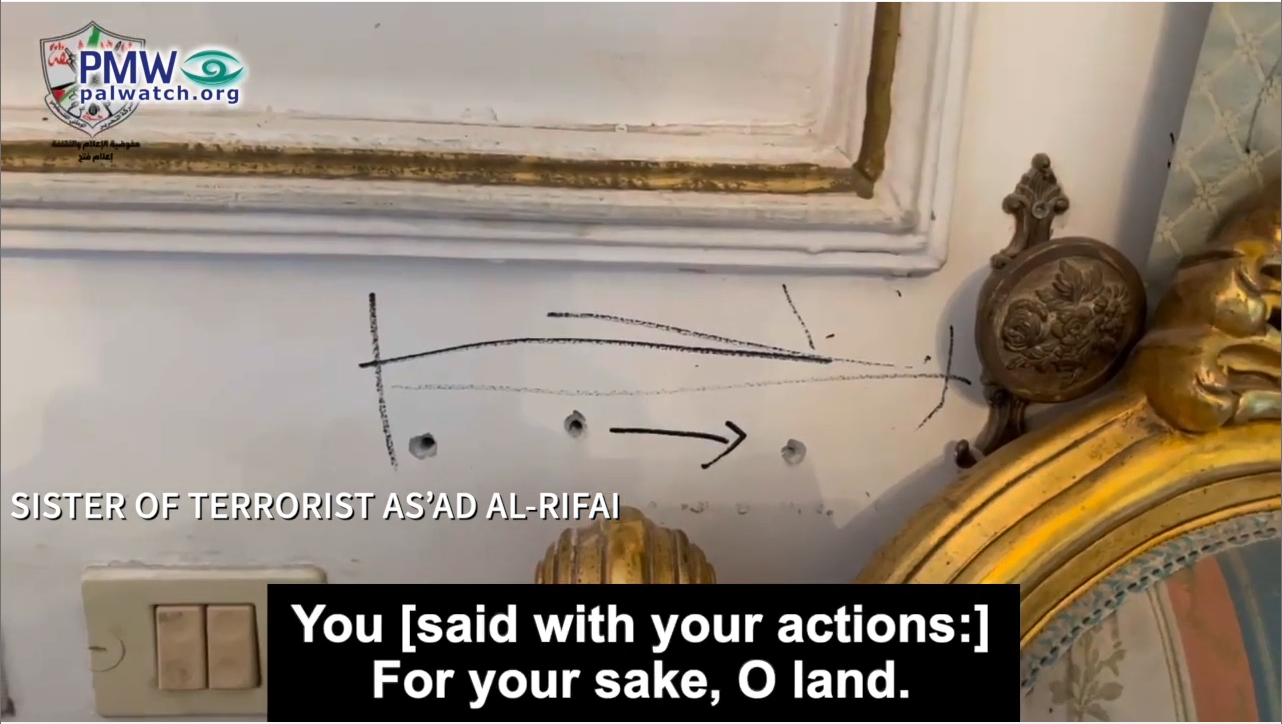 Mother of terrorist murderer As’ad Al-Rifai: “When the [Israeli] army came to us, of course they came quickly. In other words, we didn’t know anything. … They spent a long time with us, perhaps two hours. … They told me: We will demolish this home. … To me, it’s fine. I don’t care about homes or anything. To me, the most important thing is that my son As’ad is healthy and whole, but also that he will continue to hold onto life…

Sister of terrorist As’ad Al-Rifai: “I’m the sister of As’ad, Hanin Yusuf Al-Rifai. I’m proud of you As’ad for what you did. You [said with your actions:] ‘For your sake, O land.’”

[Facebook page of the Fatah Commission of Information and Culture, May 10, 2022]

Palestinian Media Watch has documented many relatives of terrorists and murderers who express pride and happiness over the killing of Israelis.

Similarly, the PA stressed its pride in suicide bomber and murderer of 21, Hanadi Jaradat. The PA Ministry of Culture published a poetry collection in honor of the terrorist titled: “What Hanadi Said.”

This support for and glorification of murder is the real reason for the conflict in the Middle East.