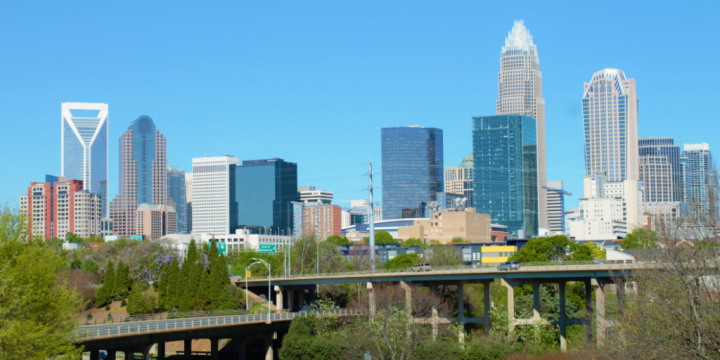 As I previously reported, on June 18, the North Carolina Democratic Party (NCDP) held their statewide convention and adopted two anti-Israel resolutions. A third was sent back to committee for future consideration.

Many Jewish Democrats have written party leaders to express their pain and frustration about what happened.

As progressive rabbi and civil rights leader Fred Guttman of Greensboro wrote to NCDP state chair Dr. Bobbie Richardson, “The three resolutions are an example of the demonization of Israel … many within the Jewish community in North Carolina feel that such demonization is antisemitic.”

One Democratic woman wrote Richardson, “I have always donated to the NC Democratic party, but in view of your recent anti-Israel/anti-Jewish resolutions, I shall never again do so.”

Chair Richardson responded to another Democratic voter, “Please do not give up on the Democratic Party. I assure you that those Resolutions will not influence any state of federal policies on Israel … I have organized a mediation between our communities to … set the record straight. Please do not [renounce] your party’s affiliation.” She added that, “as Democrats we fight for all the people.”

I corresponded with a high-ranking official in the NCDP who spoke on condition of anonymity. According to the official and corroborated by others, the planned “mediation” will be facilitated by Rev. Dr. Paul McAllister, who is chair of the NCDP’s Interfaith Caucus.

But McAllister is a prominent anti-Israel activist, who has publicly promoted a one-state solution to the conflict. Under such a plan, Israel would cease to exist.

On July 6, 2022, McAllister posted on social media a link to “A Dossier on Israel Apartheid,” which states: “It is our hope that this study will equip the global church to rise up and join Palestinian Christians as we work to end Israel’s apartheid regime.”

Expressing the concerns of many, the high-ranking Democratic party official told me, “I’m not sure Rev. McAllister [is] impartial. He’s part of an organization with Nazim Uddin called Voices for Justice in Palestine [VJP].”

As reported, two of the NCDP anti-Israel resolutions were proposed by Nazim Uddin, who is the Director of Internal Communications of the Progressive Caucus of the NC Democratic Party. In a shocking June 19 tweet, Nazim Uddin referred to the North Carolina Jewish Clergy Association — which includes progressive Democrats — as “a racist anti-Palestinian hate group.”

Rev. McAllister and Uddin sit together on the board of VJP, an organization that promotes a one-state solution. Such a position is at odds with the Democratic Party’s national platform, which supports a “two-state solution.” VJP also promotes the Boycott, Divestment, and Sanctions (BDS) movement against Israel.

I reached out to NCDP chair Richardson and executive director Meredith Cuomo for details on the planned mediation. Neither responded.

The NCDP source informed me that the mediation is “scheduled for Saturday, July 23,” which is Shabbat, the Jewish day of rest, and explained, “Obviously, that date is problematic for any rabbis who might want to be invited to attend.” The anti-Israel resolutions at the heart of this matter were adopted on June 18, which was also on Shabbat. This was the same weekend as Juneteenth and Father’s Day. As a result of this scheduling, the African-American Caucus of the North Carolina Democratic Party boycotted the state convention.

Matt Hughes, 2nd Vice Chair of the NC Democratic Party and Chair of the Resolutions and Platform Committee, made a powerful statement rejecting what he called “significantly one-sided” resolutions against Israel, pointing out that “Human Rights Watch even went so far as to suggest that both the Fatah-led West Bank and the Hamas controlled Gaza Strip may be committing crimes against humanity.”

Hughes encouraged his fellow Democrats to be more willing to condemn left-wing antisemitism, and encouraged those who reject the anti-Israel resolutions to become more involved in the party.

A self-described “lifelong Democrat” wrote to a Democratic official, “I am dismayed that the party I have supported all my life is being controlled by antisemites in the state I now call home. … As party leaders, you have a choice to stay silent when there is discrimination or do the right thing. I hope you consider doing the right thing.”

Another woman also describing herself as a “lifelong Democrat” wrote party officials, “In a time of rising antisemitism, such demonization of Israel and its Jewish supporters runs the risk of further inciting violence against Jews. While Israel is mentioned more than 20 times in the NC Democratic Party’s 2022 Final Resolution Report, issues such as inflation, gas prices, food prices, guns, and assault weapons are not mentioned a single time. There is no justification for this.”

Loyal North Carolina Democratic voters are asking the party to stand up against internal antisemitism. Let’s hope the party steps up to fix this problem.