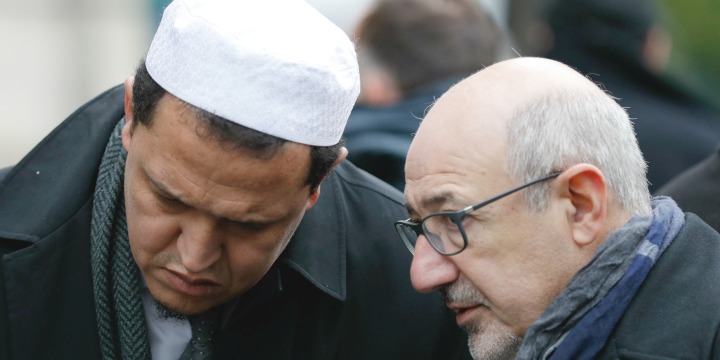 A prominent French imam has vowed to continue combating antisemitism and advancing interfaith dialogue with the Jewish community following an attempted attack on his mosque by a knife-wielding assailant.

“I’ve been living under police protection for years, I’m getting used to these situations but I’m still shocked,” Imam Hassen Chalghoumi told local news outlet Actu Seine-Saint-Denis in the wake of the incident last Friday at the mosque he serves in the Paris suburb of Drancy.

Local police were warned in advance that a man armed with a knife was heading to the mosque when Friday prayers were being held.

“We received a call which warned that a man was coming to carry out carnage at the mosque,” Chalghoumi said. “About forty police officers came as reinforcements. They spotted the person who entered the prayer room.”

The alleged assailant is reported to have behaved in a non-threatening manner during the prayers. Chalghoumi said he decided to stay in his office as the prayers were recited out of concern “that he could have charged at me and also caused other victims.”

As the prayers came to a close, police officers swooped on the man and discovered that he was concealing a large knife. He was then arrested and charged with carrying an offensive weapon.

Chalghoumi has long been a thorn in the side of radical Islamists in France. In February, in advance of the county’s presidential elections, he gave an interview warning of the dangers posed by Islamism.

“When we criticize Islamism, we liberate Islam, we liberate the Muslim world, and not only in France,” he declared. In the same interview, Chalghoumi noted that he had been a target for harassment since 2005, when he gave a speech urging Muslims to respect the memory of the Nazi Holocaust.