US Envoy to Iran: No Progress in Nuclear Talks Since August 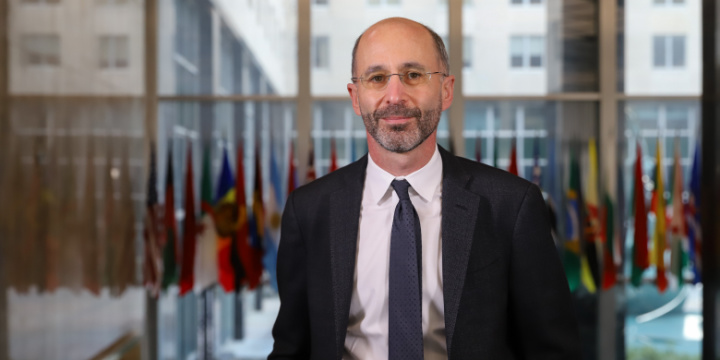 US Special Envoy to Iran Robert Malley on Monday said that there has not been any progress in nuclear talks with Iran since August, and that the Biden Administration was currently focused on other priorities.

“There’s been no movement on the negotiations now for two months,” Malley said in a conversation with Aaron David Miller, the former deputy special Middle East coordinator for Arab-Israeli negotiations and a senior fellow at the Carnegie Endowment for International Peace. “Several times we came very close, and each time we came close, Iran came up with one new extraneous demand that derailed the talks.”

The Iran nuclear deal, formally known as the Joint Comprehensive Plan of Action (JCPOA), was negotiated by the Obama administration and adopted in 2015. Then-President Donald Trump withdrew from the JCPOA in 2018. As a candidate for president in the 2020 election, Joe Biden made returning to the JCPOA in return for Iranian compliance a key element in his foreign policy agenda.

Malley defended the approach that the administration has pursued so far, saying that he makes “no apology” for having preferred a diplomatic solution to the Iranian nuclear issue. He also denied criticism that the negotiations with Iran have hamstrung the US response to Iranian actions in the region. “We have not self-deterred because of the pursuit of a diplomatic agreement,” he said.

Experts have previously told The Algemeiner that despite assurances from the Biden administration that a return to the JCPOA was no longer a priority, administration statements leave open the possibility of a return to the nuclear deal without further concessions from Iran on their regional support for terrorist groups, their violent suppression of domestic protest movements, or their support to Russia in its invasion of Ukraine.

“Given Iran’s refusal to accept the terms of the new nuclear deal, the deal is not currently the administration’s priority,” said Richard Goldberg, a senior adviser with the Washington, DC,-based Foundation for Defense of Democracies (FDD) think tank.

While Iranian domestic repression and Tehran’s support for Russia are significant new obstacles to a revived nuclear deal, prior sticking points between the two sides also remain.

“From the US point of view, the biggest barriers to the agreement are various Iranian positions in the talks themselves, especially Tehran’s position on the [International Atomic Energy Agency] probes,” Henry Rome, a senior fellow at the Washington Institute for Near East Policy, told The Algemeiner.

“The key JCPOA message, which is consistent [with] earlier statements, is that there is no revived JCPOA [because] of Iran’s nuclear position, not drones [or] repression. Meaning [the] deal is presumably still viable if [the] former changes,” Rome said about Malley’s comments on Monday. “[The] US [is] not willing to close [the] door on JCPOA revival.”