On the morning of Oct. 25, 2022, Israeli security forces carried out an anti-terror mission against the “Lion’s Den” terror cell, which had carried out a number of terror attacks. The goal of the mission was to neutralize one of its senior members Wadi’ Al-Houh and disrupt the cell’s terror activities. During the mission, Al-Houh and other members of the cell were killed. The apartment they were killed in also served as a bomb-making laboratory.

Responding to the killing of the terrorists, and the exposure of the bomb-making factory, Fatah Deputy Chairman Mahmoud Al-Aloul admitted that the Palestinian Authority (PA) Security Forces were fighting together with terrorists against Israel (in his words, “the occupation”).

He added that Israeli soldiers were wounded “as a result of the brave position of the Palestinian Security Forces,” and that all Palestinians are “one unit,” including the PA Security Forces and Fatah’s terror faction: 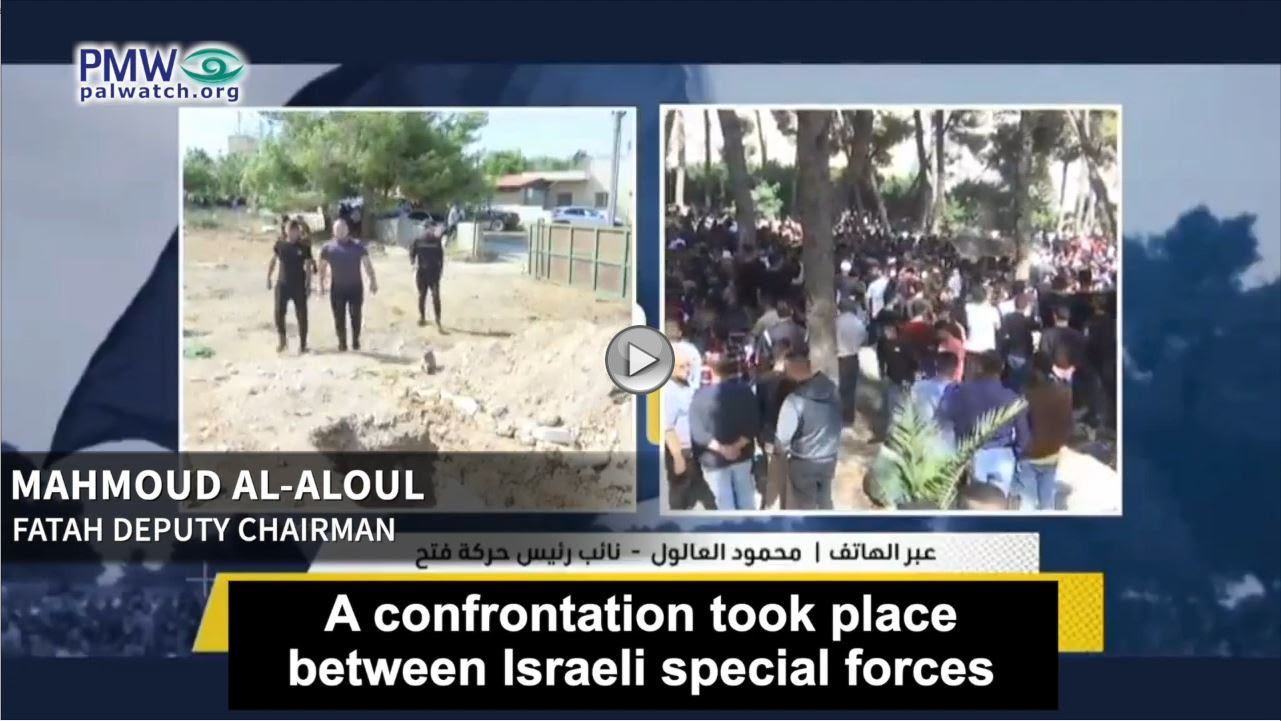 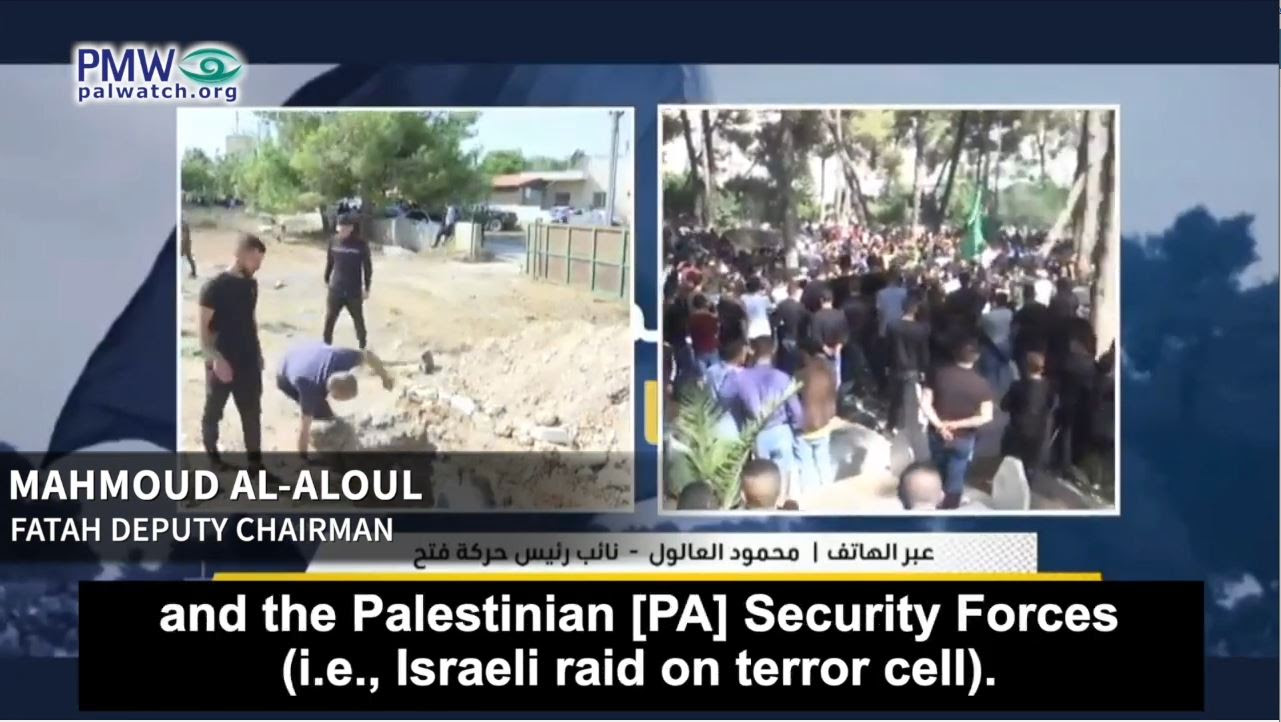 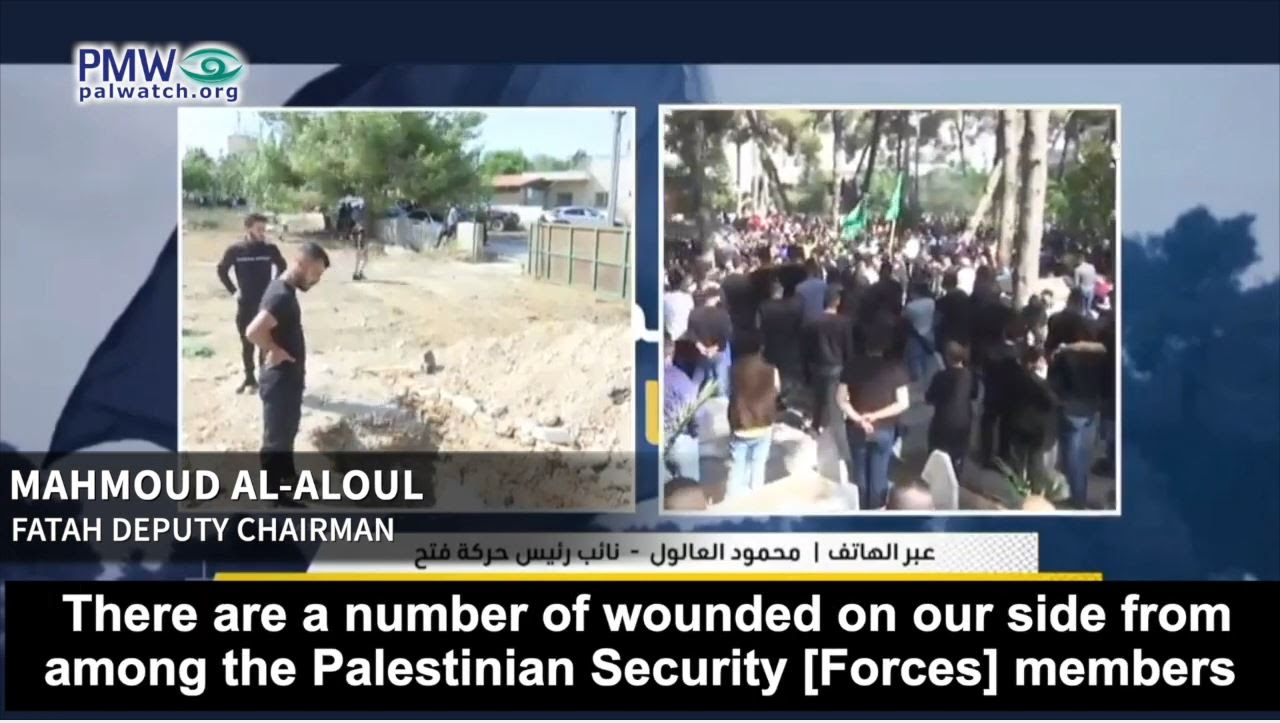 [Facebook page of the Fatah Commission of Information and Culture, Oct. 25, 2022]

Palestinian Media Watch has exposed many recent admissions that the PA Security Forces are taking an active role in terror — and that Fatah, the party of PA leader Mahmoud Abbas, has returned to terror.

Al-Aloul’s statement is of considerable significance for at least two reasons.

Firstly, Al-Aloul is the deputy head of Fatah. He was appointed by Abbas himself, who created the new position specifically for Al-Aloul. Accordingly, this is the first statement of someone in such a senior Fatah position, admitting that the PA Security Forces are fighting against Israeli soldiers while simultaneously protecting wanted, armed terrorists held up in a bomb-making laboratory.

Secondly, when Al-Aloul says that the PA Security Forces and Fatah’s terror faction The Tanzim “are one unit,” he is essentially admitting that there is no separation between the US and EU-trained and funded PA Security Forces, who are meant to be combating terror and arresting terrorists, and the Palestinian terrorists themselves.