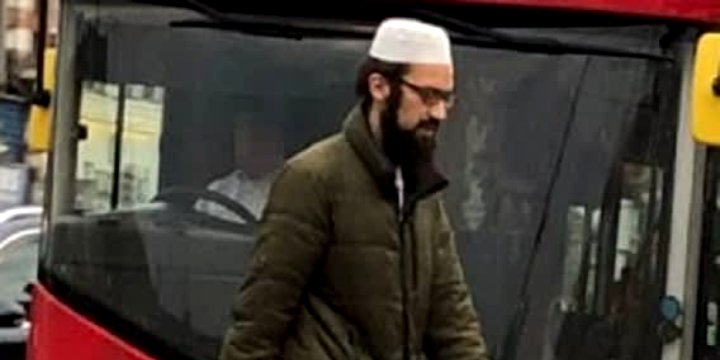 Abdullah Qureshi, 30, who has been convicted of three assaults on Jews in the Stamford Hill neighborhood of London on August 18, 2021. Photo: London Metropolitan Police.

A London court on Thursday convicted a man for a spree of antisemitic attacks last year in the London Borough of Hackney as the area’s Jewish community continues to face alarming antisemitic violence.

Qureshi traveled more than 200 miles from his home in Yorkshire to carry out his attacks on victims that included a 14-year-old boy and a 64-year-old man walking to a synagogue over the course of two hours on August 18, 2021, according to prosecutors.

Qureshi had previously pleaded guilty to two other related assaults.

Detective Chief Inspector Yasmin Lalani from the area’s police force said that the conviction showed that the police “will not tolerate any form of discrimination or abuse” of the Jewish community, but Stamford Hill in recent months has suffered from a spate of similar attacks on Jews.

In recent weeks Jews in London have faced a spree of antisemitic attacks — what one community watch group called a “hate crimes pandemic.”

Last week, however, police arrested a 16-year-old male in connection to multiple antisemitic attacks in the Stamford Hill neighborhood. Responding to questions from The Algemeiner, the Metropolitan Police press bureau said that the boy was first arrested on October 28 for religiously motivated common assault, criminal damage, and for causing actual bodily harm to an emergency worker in the course of resisting arrest.

The area’s Jewish community watch group, Shomrim, had reported him to the police for multiple ongoing attacks on Jewish men in the area.

After posting bail, the suspect was then re-arrested on November 4, after he was connected to a spree of four similar incidents between October 26 and 28.