An aerial view of Israeli Defense Forces working to uncover a Hamas attack tunnel near the northern border of the Gaza Strip on August 15, 2022. Credit: IDF Spokesperson’s Unit

Montaser Alsawaf is a Gaza Strip-based video journalist, who makes no effort to disguise his loathing of Jews and Israel on his publicly accessible Twitter account.

Over the years, Alsawaf, who is a full-time employee of the Turkish state-owned Anadolu Agency, has posted numerous antisemitic messages on his social media account, including those in which he takes aim at “effeminate Jews” and labels Israel as the “Zionist enemy.”

He is also apparently a supporter of several US-designated terrorist organizations, such as the military wing of Hamas — the Izz ad-Din al-Qassam Brigades — which he claims “liberated Gaza from the Jews” and their “supporters.” 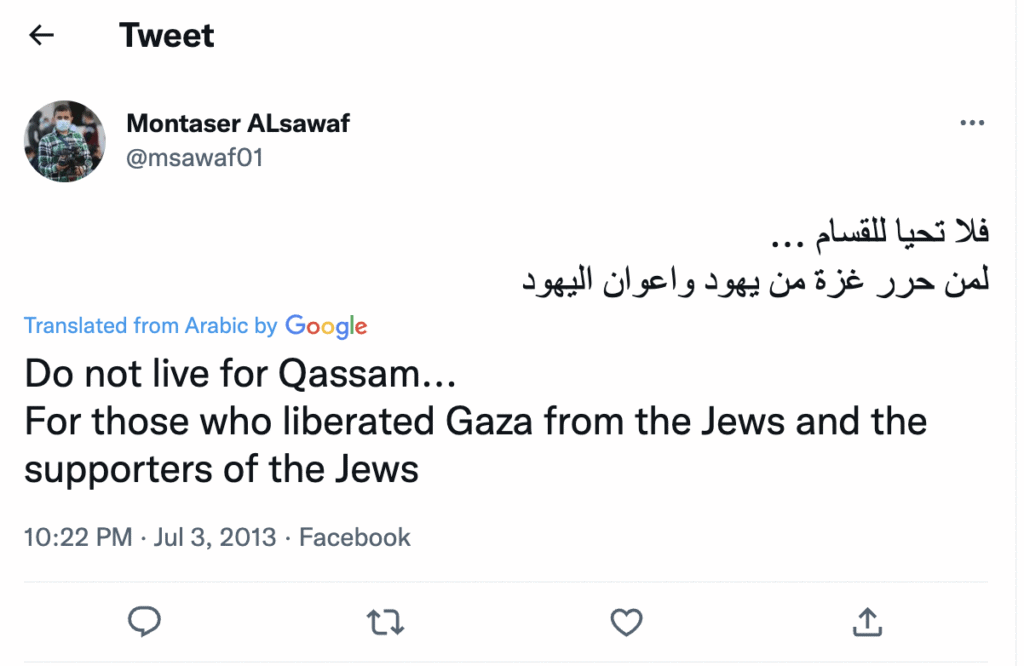 Such disturbing outbursts, however, have not prevented his work from being featured by one of the world’s largest media companies, Getty Images.

In a further example of how woefully inadequate the vetting process is for contributors and staff members of major media organizations, hundreds of Alsawaf’s videos have been featured on Getty’s website for distribution around the globe.

The photo agency, which serves nearly every single major news organization in the world, has strict editorial guidelines, including asking editorial content teams to “adhere to a common set of professional journalistic principles,” namely, responsibility, independence, and integrity.

The last principle specifically states that Getty ensures its output will be “delivered to the customer with accuracy, transparency and free of manipulation and bias.”

Furthermore, the media giant confirms that while its partner organizations, such as Anadolu Agency, are independent and have their own editorial standards, Getty “always reserves the right to remove partner content that does not embody our editorial principles or follow our submission guidelines.”

With this in mind, we must ask whether Getty will now take action to remove all of Alsawaf’s content, and indeed reflect on its relationship with the Anadolu Agency in general.

After all, the very integrity of Alsawaf’s video output is in question. How can Getty ensure he does not selectively edit his videos about Hamas, for example, when he is an outspoken supporter of the terror group? 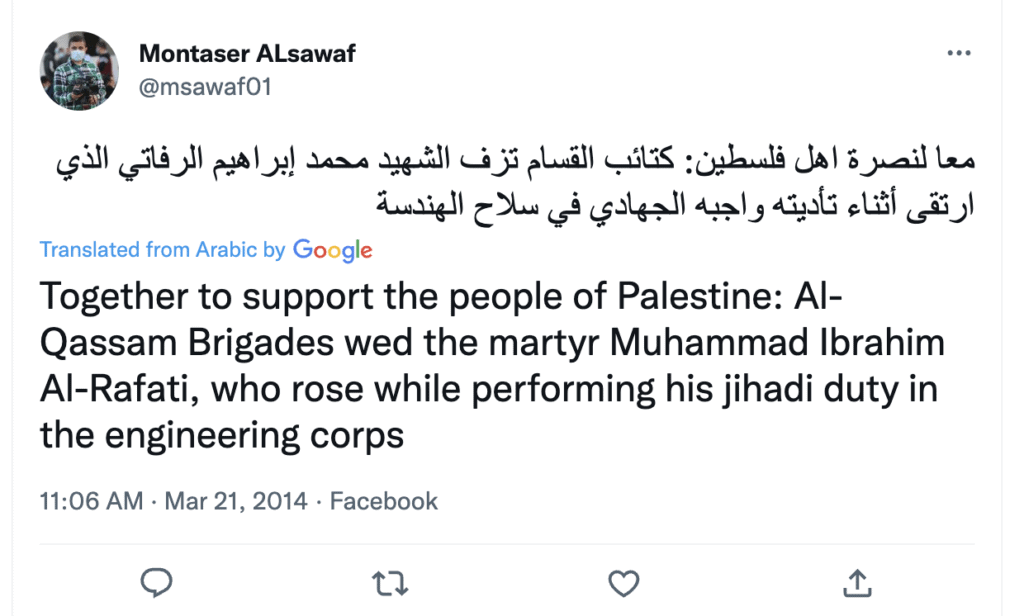 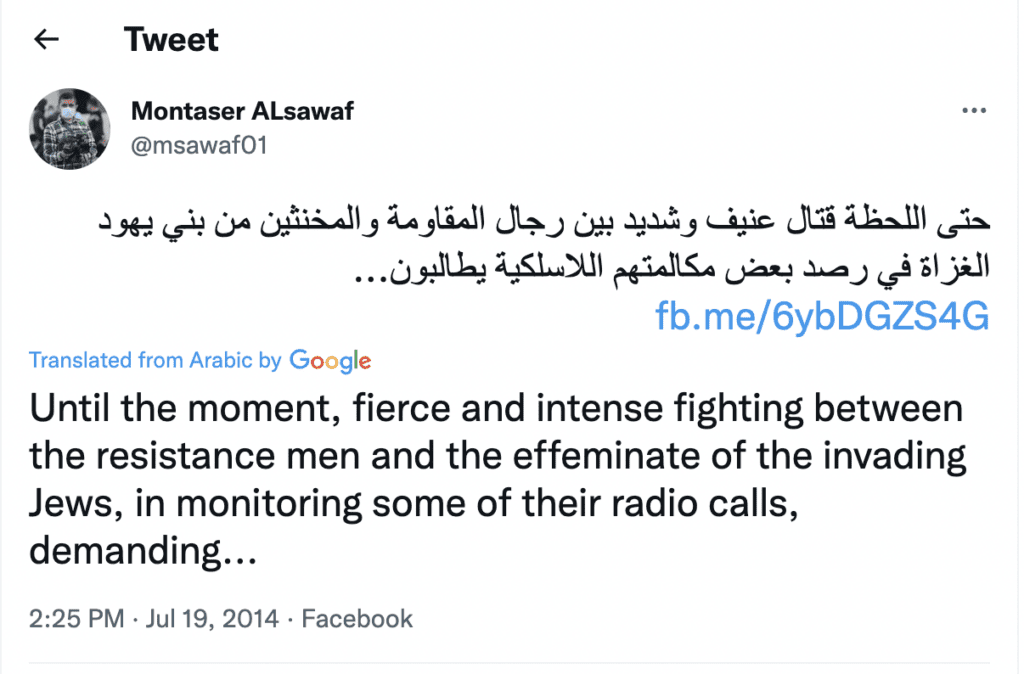 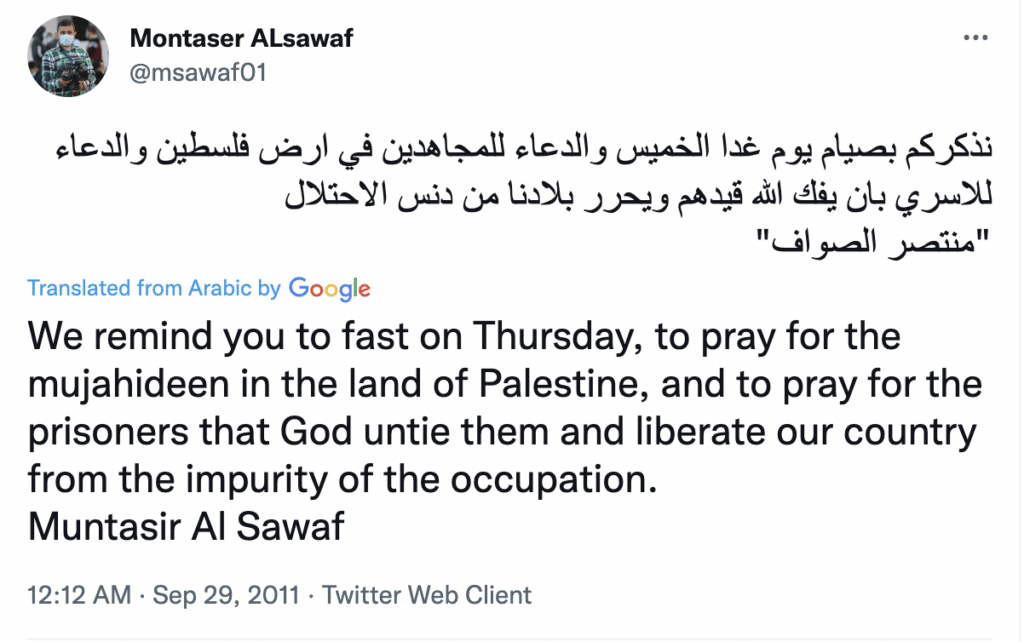 Alsawaf is just the latest in a long line of media employees based in Gaza who, despite harboring antisemitic views, have had their work featured by some of the largest and most influential news outlets in existence.

In the last few months, HonestReporting’s exposés have resulted in several media organizations cutting ties with journalists, producers, fixers, and filmmakers, after their violent and virulently anti-Jewish views were revealed (see, for instance, here and here).

However, we ask ourselves why we need to expose these individuals. Why are media organizations employing unashamed antisemites and trusting them to report accurately and impartially on the world’s only Jewish state?

Public trust in traditional news outlets is at an all-time low — and considering how media outlets consistently fail to do the most basic checks on the journalists entrusted with delivering the news, it is not hard to see why.