A Decade Later, Media Libel on Ethiopian-Israelis Still Waiting to be Updated 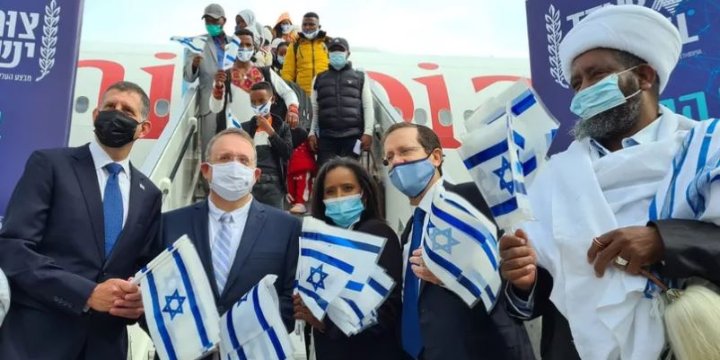 At the end of 2012/beginning of 2013, Israel was rocked by media reports that Israeli officials had told Ethiopian women waiting to immigrate to the Jewish state that they would have to submit to birth control injections to complete the immigration process. These recurring injections reportedly continued even after the immigrants had landed in Israel.

Following the media outcry over these allegations, and the subsequent political firestorm, the Israeli State Comptroller opened an investigation into these claims. After a three-year investigation, the Comptroller’s report found no evidence that any female Ethiopian immigrant had been compelled to take birth control either prior to their immigration or after they had become Israeli citizens.

As one observer noted, the claims about an official program of coercive birth control might have stemmed from language-based misunderstandings between these new immigrants and medical personnel, or inappropriate pressure placed by some medical practitioners on their patients. Nevertheless, this does not add up to evidence for an official program by the Israeli government to reduce births among the immigrant Ethiopian Jewish community.

When the first reports about the allegations emerged in the Israeli press, a number of international media outlets picked up the story.

Some published roughly the same information that was circulating in Israel while others, like The Independent, embellished the story by falsely claiming that Israel had “admitted” to administering birth control without the patients’ consent.

However, as noted by the Israellycool blog, these media outlets never updated their stories to include the Comptroller’s findings, and never published updated articles to set the record straight.

In particular, Israellycool points to The Guardian, The Independent, and Forbes Magazine as having never updated their initial stories on this matter.

Social media is awash with anti-Israel libels, including false charges of racism and apartheid. A fraudulent claim of Israeli racism towards African women has been seized upon by anti-Israel activists, buttressed by reports from supposedly credible news sources.

The Independent falsely claims that Israel admitted to administering birth control without consent, while Forbes distastefully opines: “The involuntary sterilization of African immigrants suggests that the Jewish moral code (inextricably connected with Israel’s domestic legal codes) can be selectively applied to those with ‘desirable’ backgrounds. It is hard, indeed almost impossible to believe that an American Jewish woman immigrating to Israel would be forced to take birth control.”

By not properly updating these articles with the results of the State Comptroller’s findings, these media organizations contribute to a libel that, a decade later, will not go away, empowering opponents of Israel as they spread a false narrative about the Jewish state, Ethiopian Jewry, and institutional racism.

Additionally, these media outlets are failing their readers and demonstrating a damaging level of journalistic unprofessionalism.