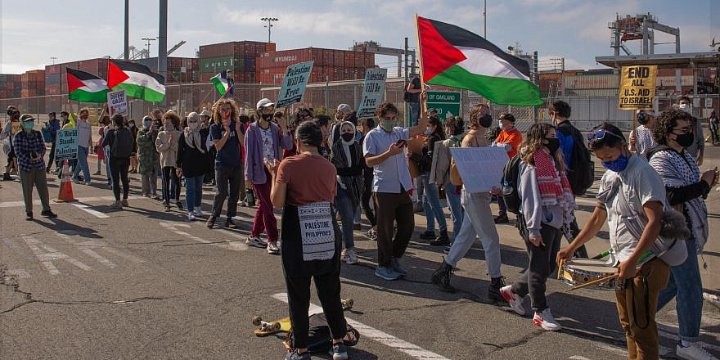 The Student Union of Queen Mary University of London (QMUL) has voted to dissociate from the National Union of Students (NUS).

According to The Tab, a student publication, the move was an act of protest against NUS firing its former president, Shaima Dallali, whom the union dismissed after internal investigators determined that she is guilty of antisemitism and other misconduct.

“Recently the NUS, for the first time in its entire history, removed its democratically elected President,” said a motion brought before the union. “The removal of an elected leader is an affront to the democratic natures that the NUS purports to obtain.”

The motion also charged that NUS has “contributed to the spread of anti-Palestinian racism,” arguing that Dallali’s firing “reflects a political context that has sought to toxify Palestine and is part of a wider pattern of endemic and systematic bigotry and prejudice.”

“Jewish students at QMUL have been clear throughout the debate that these motions would lead to an environment on campus which is hostile for Jewish students, leading to division and preventing the very measures needed for peace,” QMUL Jewish Society (JSoc) said after the motion passed. “They now feel betrayed and let down by their Students’ Union, with many Jewish students now feeling unsafe in their own Students’ Union which shrugs its shoulders at the expense of Jewish students.”

The National Union of Students (NUS), which represents over seven million university students in the UK, removed Shaima Dallali from office in November, ending a tenure that brimmed with controversy ever since Jewish student rights groups discovered tweets in which she called Hamas critics “Dirty Zionists” and quoted the battle cry, “Khaybar, Khaybar o Jews, the army of Muhammad will return,” a reference to the Battle of Khaybar in 628 that resulted in a massacre of Jews.

She has since threatened to sue NUS for discrimination.

“Ms. Dallali rejects the findings of the disciplinary panel, as she rejected the allegations about her that were investigated in the context of those investigations,” said a press release by Carter-Ruck Solicitors, a law firm based in London. “She considers the process to have constituted — and that it continues to constitute — discriminatory treatment of her as a black Muslim woman and her beliefs concerning the plight of the Palestinian people.”