Jewish visitors gesture as Israeli security forces secure the area at the compound that houses Al-Aqsa Mosque, known to Muslims as Noble Sanctuary and to Jews as Temple Mount, in Jerusalem’s Old City, May 5, 2022. REUTERS/Ammar Awad

If a US or European presidential advisor was to stand in front of a crowd and make the profoundly racist assertion that “Black people are humanoids … apes and pigs,” the entire civilized world would rightly be up in arms. Unhinged racism of this nature would be duly condemned, and the relevant president would be forced to publicly fire his disgraced advisor.

Speaking before a crowd at a mosque in Ramallah, giving a sermon that was broadcast on official PA TV, Al-Habbash launched a racist diatribe, as he expressed his objection to Jews merely visiting Judaism’s holiest site — The Temple Mount in Jerusalem.

After referring to Jews as “grazing herds of humanoids,” Al-Habbash equated the Jews who visit the Temple Mount with “those whom Allah has cursed … and made of them apes and pigs.” 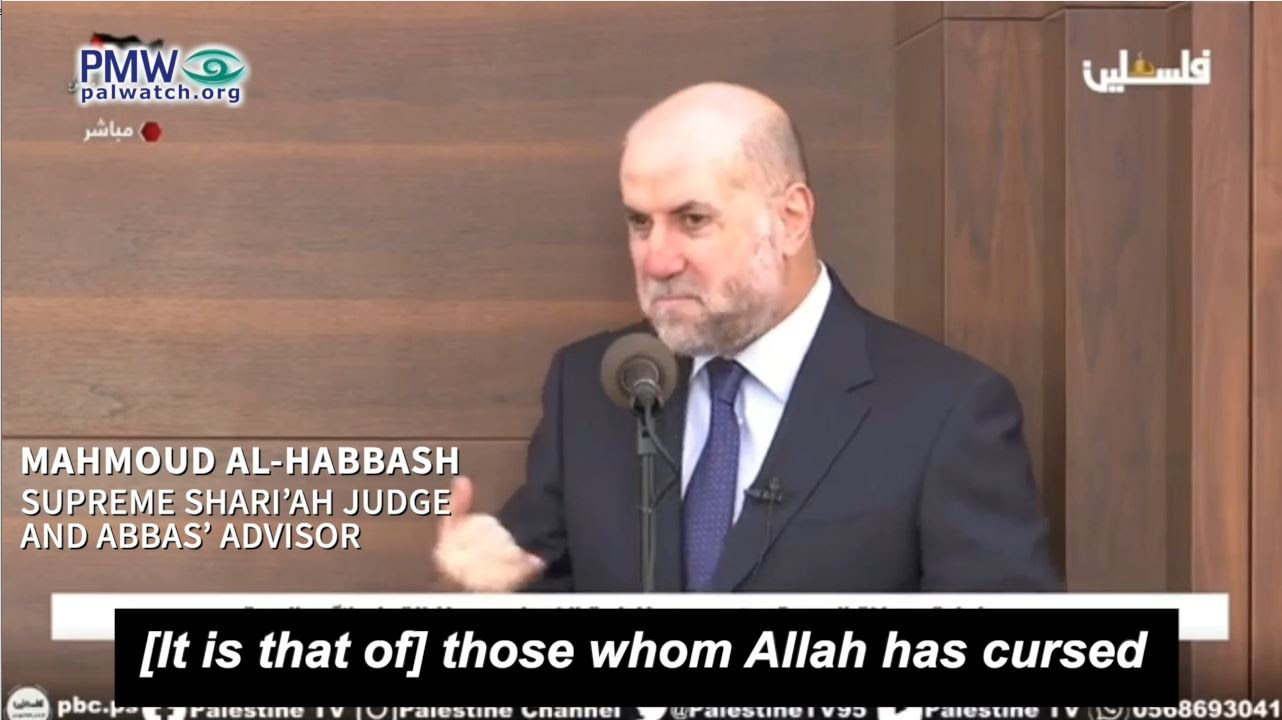 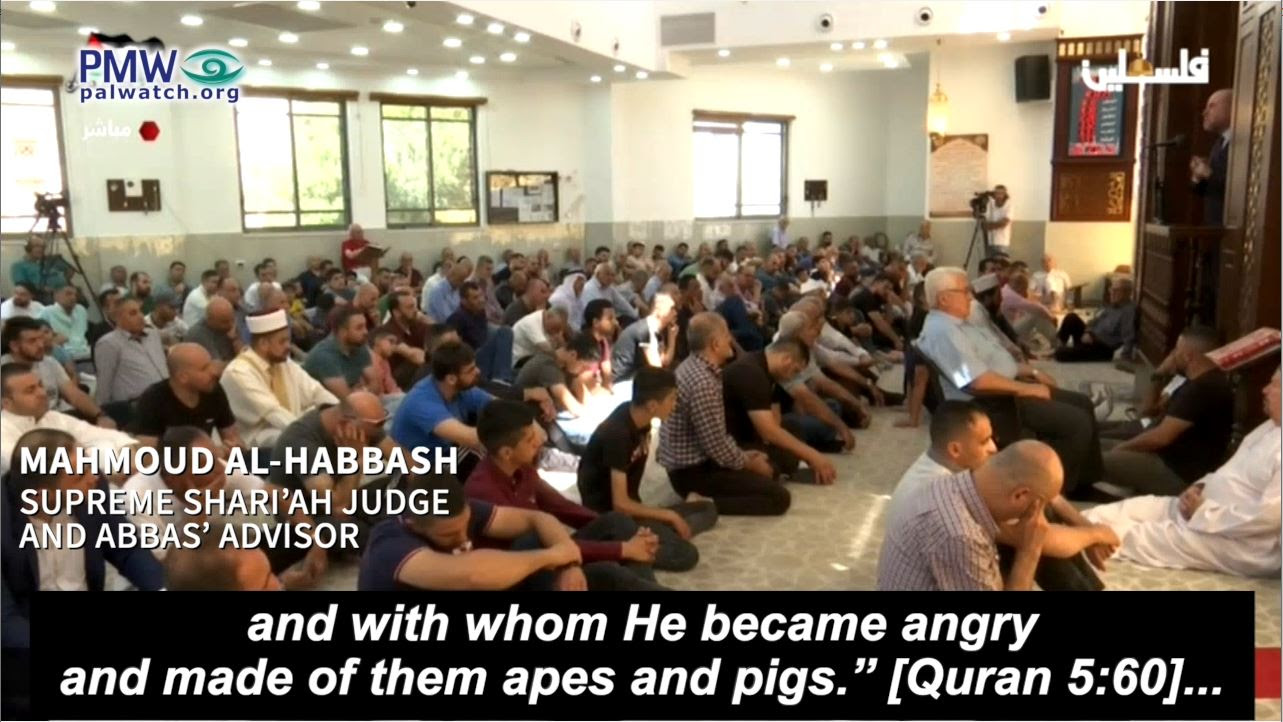 PA Supreme Shari’ah Judge and Abbas’ advisor Mahmoud Al-Habbash: “The collective [Muslim] duty that is obligated today is the blessed Al-Aqsa Mosque [i.e., the Temple Mount] … The supreme [duty] is that it be returned, liberated, defended, and purified from the defilement of the occupation and the theft … The minimal duty is at least to visit [the mosque], to awaken to it, so that it will not be abandoned as prey in the hands of the grazing herds of humanoids [i.e., Jews on the Temple Mount], of people or creatures that Allah created in the form of humans, and He said of them: ‘Shall I inform you of [what is] worse than that as penalty from Allah? [It is that of] those whom Allah has cursed and with whom He became angry and made of them apes and pigs.‘ [Quran 5:60] … [We Muslims must take care of the mosque] instead of the Al-Aqsa Mosque continuing to be the prey of humanoids who claim that they have a right to it and that they have sovereignty over it, and that [they] have religious and historical rights to it.” [emphasis added]

As PMW has exposed, the PA’s references to Jews as “apes and pigs” are not new.

Rejecting the Israeli-Palestinian peace initiative of US President Donald Trump, General Supervisor of the PA Ministry of Religious Affairs in Tubas, Sheikh Muhammad Abd Al-Ilah, charged that Trump’s initiative expressed the “sale of Palestine at no cost to the descendants of the apes and pigs”: 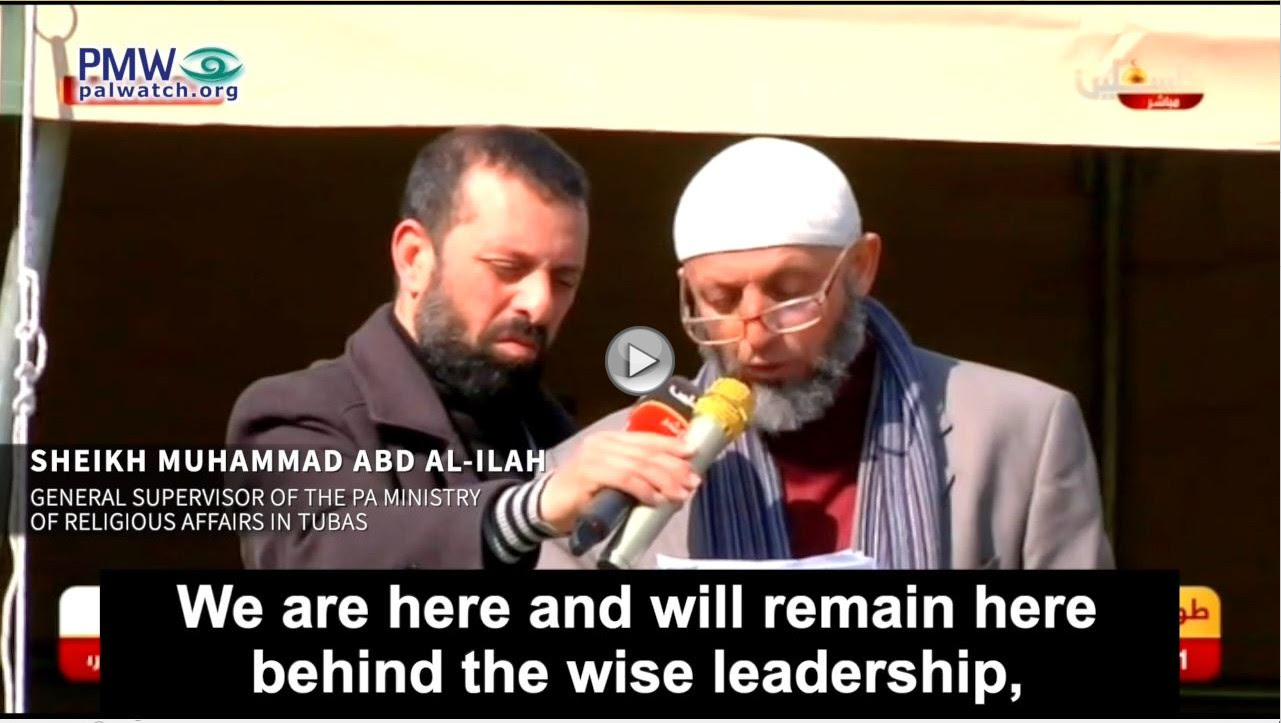 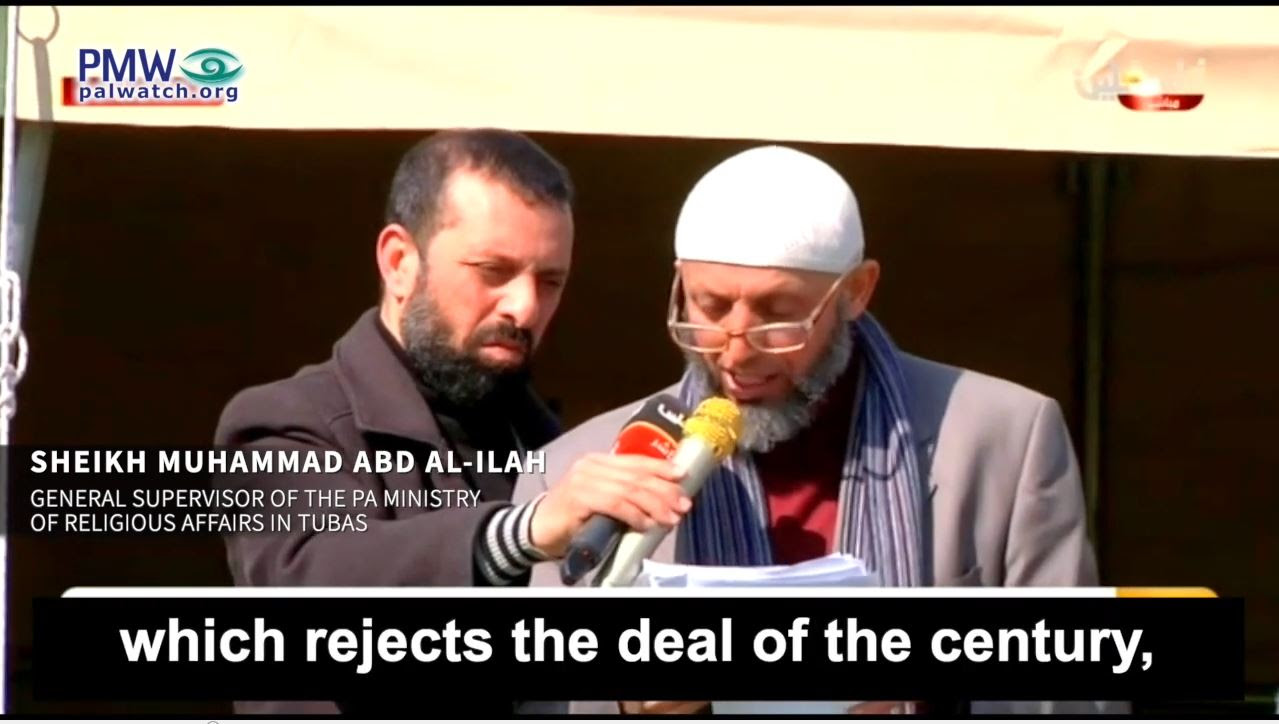 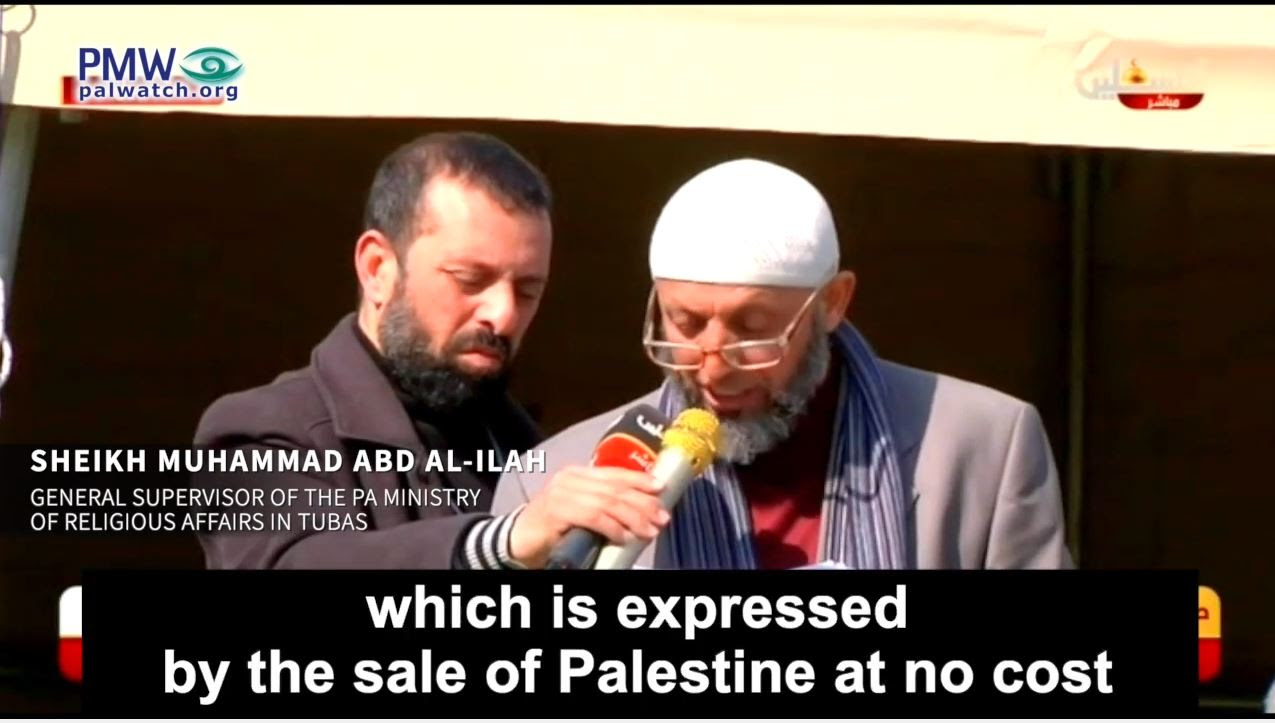 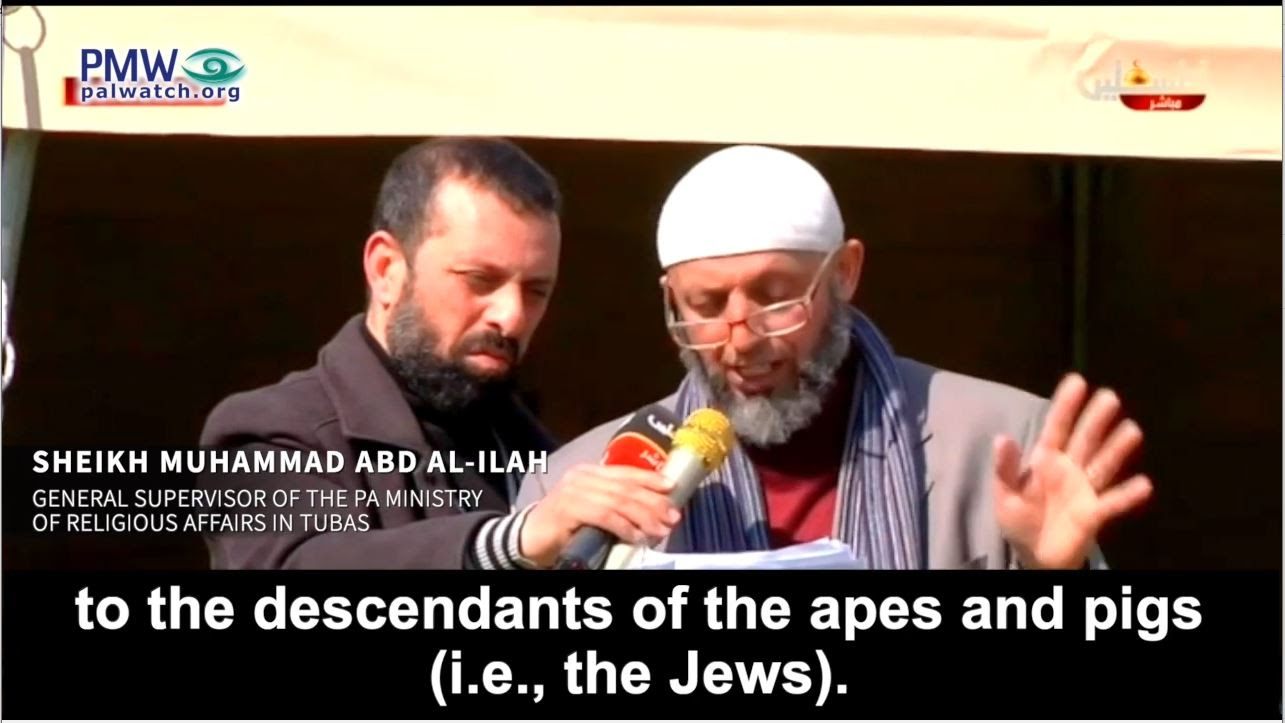 General Supervisor of the PA Ministry of Religious Affairs in Tubas Sheikh Muhammad Abd Al-Ilah: “We are here and will remain here behind the wise leadership, which rejects the deal of the century, which is expressed by the sale of Palestine at no cost to the descendants of the apes and pigs (i.e., the Jews).”

Previously PMW exposed that Palestinian children had been taught to memorize and recite a poem calling Jews “barbaric monkeys,” “the most evil among creations,” those “who murdered Allah’s pious prophets,” “impure,” and “filth.” When a young Palestinian girl recited this on official PA TV children’s program “The Best Home,” the PA TV host responded by crying out “Bravo!” 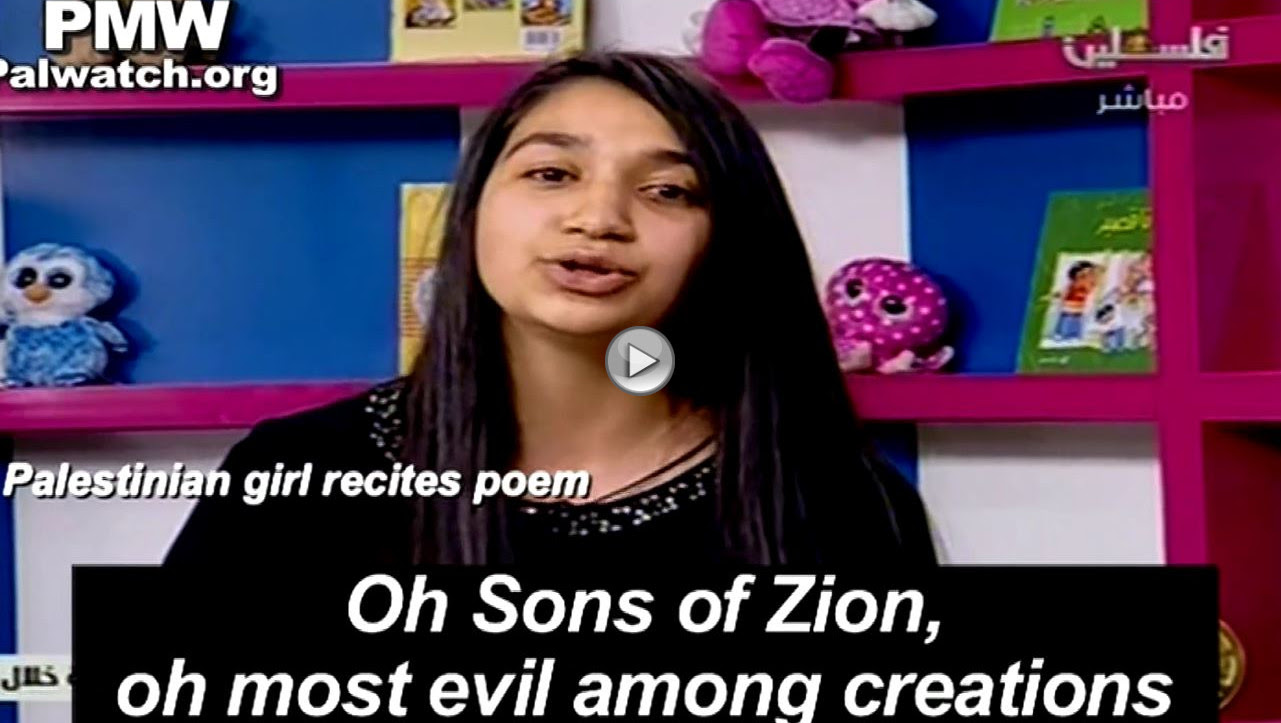 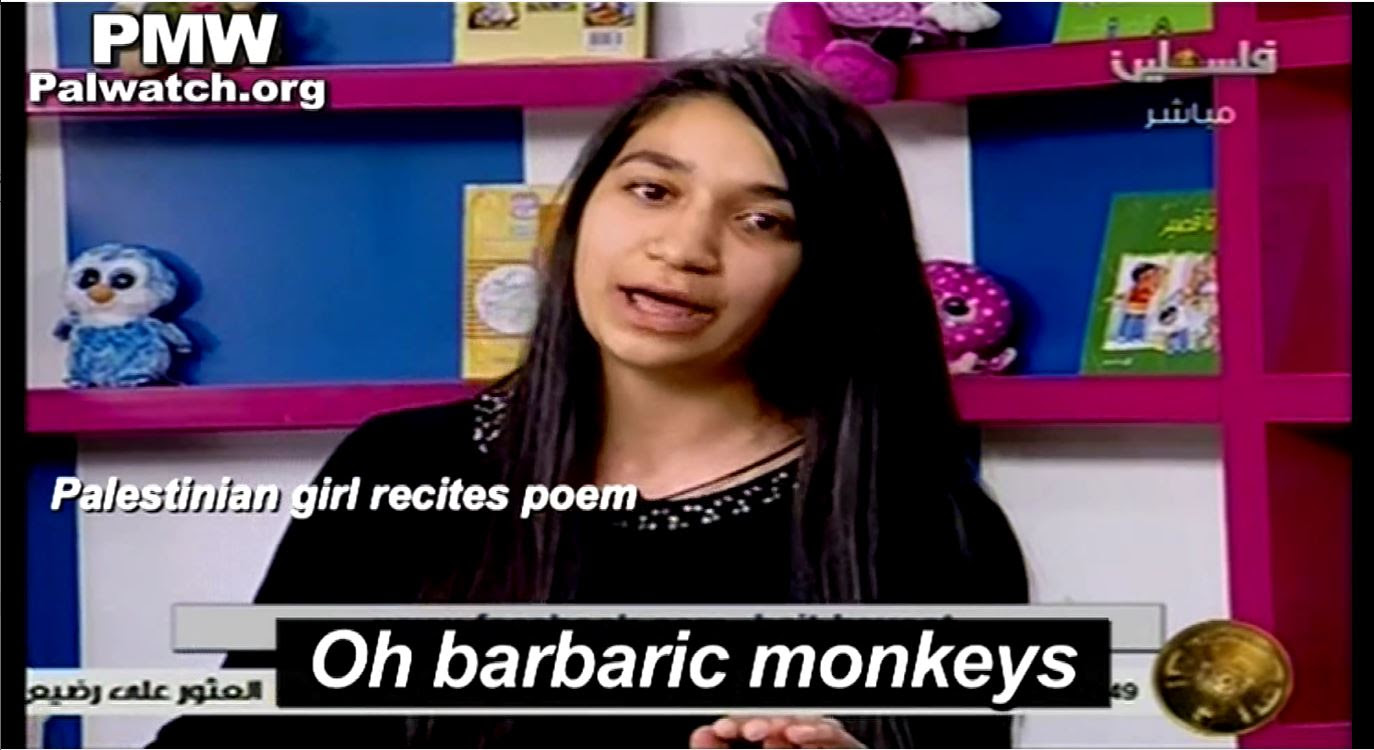 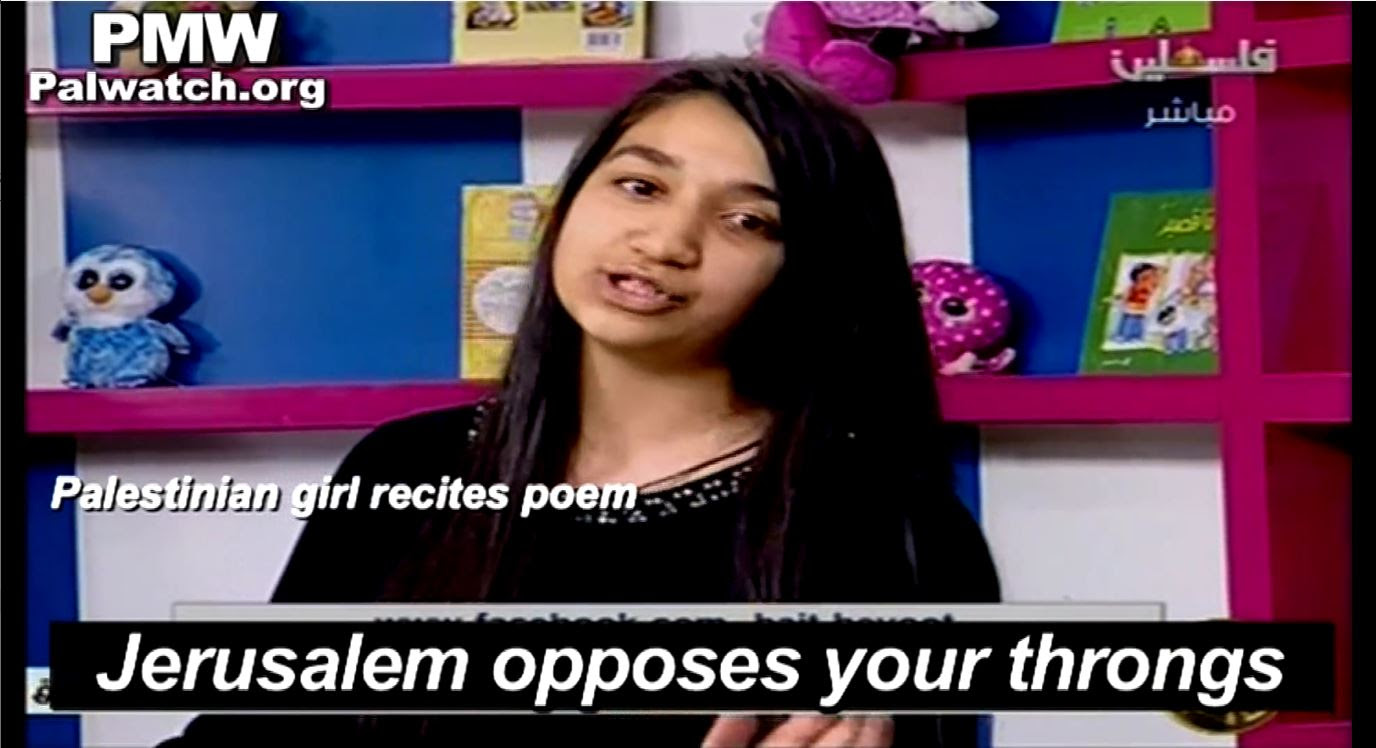 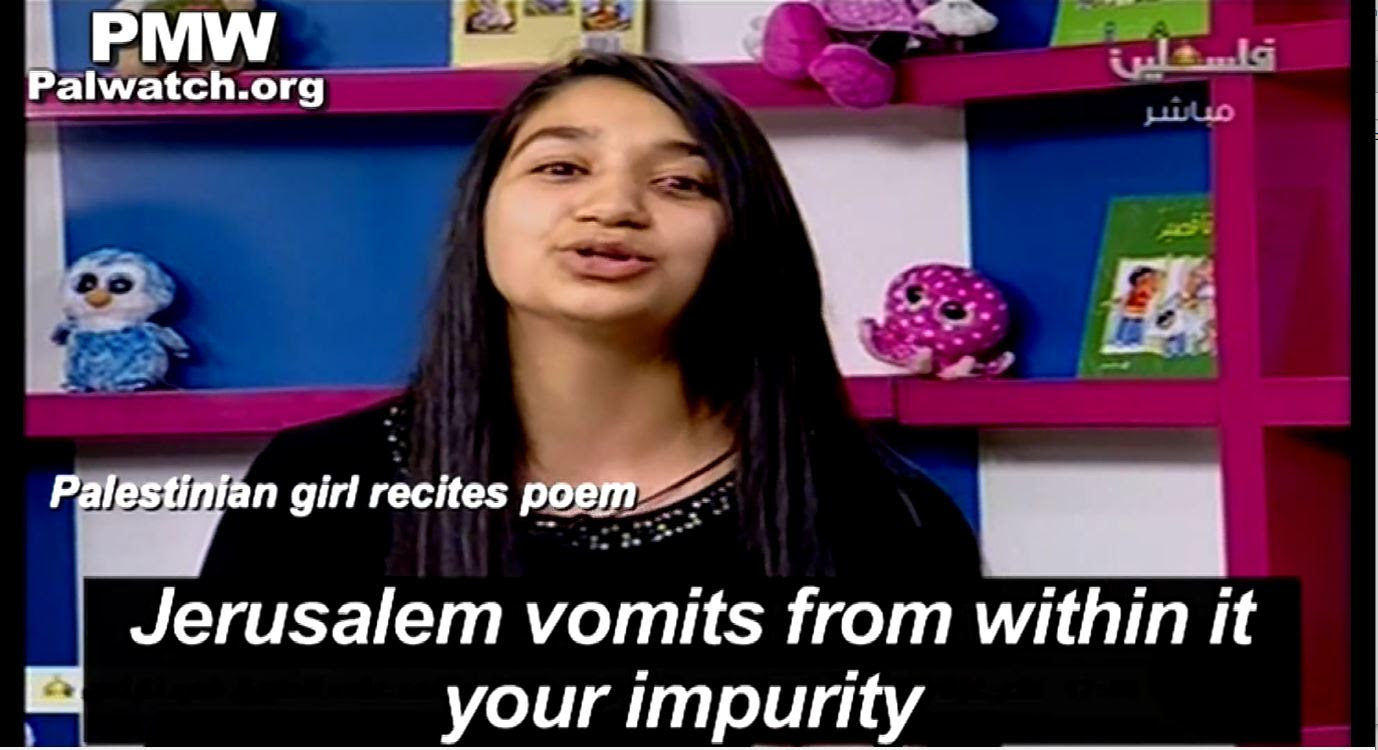 Previous incidents of Palestinian children reciting the same poem, documented by PMW, can be seen here and here.

While Palestinian society, under the influence of the PA, holds deep-seated antisemitic views, if the international community truly wishes to combat Jew-hatred, every representative, in every forum, must stand up and condemn the PA’s pugnacious racism, recently expressed by a top PA official.