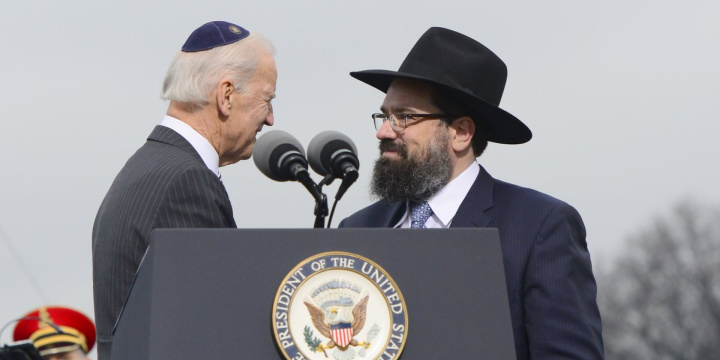 President Biden on Monday evening is expected to strongly condemn rising antisemitism at the White House’s Hanukkah reception on the second night of the holiday, according to White House Jewish Liaison, Shelley Greenspan.

In addition to the President and First Lady, participants in Monday’s event are expected to include Rabbi Charlie Cytron-Walker, who was among those taken hostage at a synagogue in Texas earlier this year, and Bronia Brandman, a Holocaust survivor.

Vice President Kamala Harris and her husband Doug Emhoff, who is Jewish, hosted a reception at their Naval Observatory residence on Sunday to mark the first night of Hanukkah, while Attorney General Merrick Garland, who is also Jewish, spoke at the National Menorah lighting ceremony, organized by the American Friends of Lubavitch (Chabad).

The White House has also unveiled the first-ever White House Menorah, made by the Executive Residence Carpentry Shop with wood recovered from the building’s foundation. Previously, menorahs used for the White House Hanukkah reception had been loaned from other institutions.

The festivities follow last week’s announcement by the Biden Administration of the creation of an interagency task force to combat antisemitism in response to the alarming rise in such incidents in recent years as recorded by both Jewish groups and the FBI. The Anti-Defamation League’s Audit of Antisemitic Incidents 2021 published in March recorded the highest level of antisemitic incidents since the ADL began tracking them in 1979.