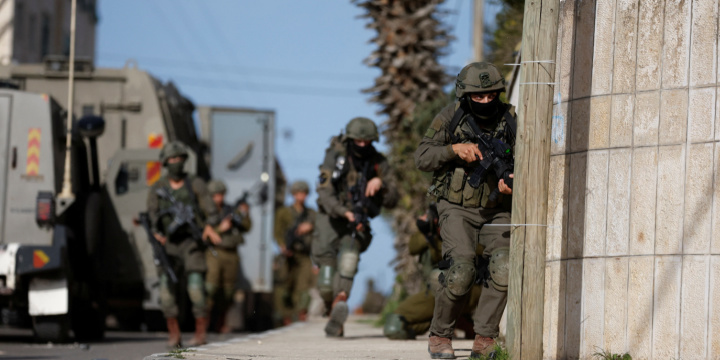 Israeli soldiers take part in a raid in Ramallah, in the West Bank, April 1, 2022. REUTERS/Mohamad Torokman

The Palestinian terrorist group has intensified its efforts to kidnap Israeli soldiers to use them as additional leverage in long-held prisoner exchange talks with Jerusalem, a report said on Tuesday.

Hamas is trying to step up kidnapping attempts as it’s growing desperate after the negotiations have been halted over the group’s demand to release Palestinian terrorists from Israeli prisons, Kan learned. The group is allegedly ready to face possible devastating response from Jerusalem to the kidnappings in hope of gaining extra bargaining chips to force Israel to meet its conditions and regain its fading support among Gazans.

The report comes a day after Hamas released a video showing Israeli civilian Avera Mengistu, who has been held in captivity in Gaza for over eight years. Israel has been trying to negotiate his release along with another civilian hostage, Hisham al-Sayed, as well as the remains of two Israeli soldiers.