After Outpost Demolished, Ben-Gvir Calls for Law to be Applied Equally to Illegal Arab Structures 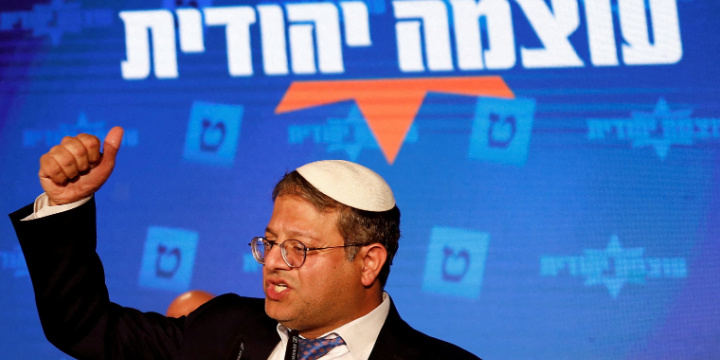 JNS.org – Israeli National Security Minister Itamar Ben-Gvir demanded on Sunday that laws be applied equally to Israelis and Palestinians in Judea and Samaria.

His remarks came after an outpost erected to commemorate Rabbi Haim Druckman, the spiritual leader of the religious Zionism movement and who died in late December, was evacuated on Friday.

“I believe in the rule of law but there cannot be one law for Arabs and one law for Jews. The law should also be enforced on Khan al-Ahmar and dozens of illegal Arab outposts,” said Ben-Gvir.

He circulated a document during Sunday’s Cabinet meeting outlining illegal structures built by Arabs in Judea and Samaria over the past month, and demanded that they also be destroyed.

Khan al-Ahmar is an illegal Bedouin village located between Jerusalem and the Dead Sea. In 2021, then-Israeli Foreign Minister Yair Lapid noted, “In 2018, the [High Court of Justice] approved the demolition and evacuation of the village, but due to various political considerations on the part of previous governments, it hasn’t been evacuated to this day [due] to a number of weighty domestic and international challenges.”

Khan al-Ahmar is one of more than 170 illegal outposts created by the Palestinian Authority and funded by the European Union, according to the NGO Regavim.

Israeli Defense Minister Yoav Gallant ordered the demolition of the outpost in Samaria, setting up a possible showdown with Finance Minister Bezalel Smotrich, who opposed the move. Smotrich, who also holds the post of minister in the Defense Ministry, has been tasked by Prime Minister Benjamin Netanyahu with overseeing the Civil Administration, the ministry’s body responsible for approving construction and handling other bureaucratic matters in Area C of Judea and Samaria.

“Minister Smotrich issued an order [Friday] morning, in accordance with his authority… to stop the evacuation and to take no action until he could hold a discussion on the issue at the start of the week,” said a statement from Smotrich’s office this weekend.

“Defense Minister Gallant ordered the evacuation to go ahead despite this, without consulting Minister Smotrich and completely against the coalition agreements that form the basis for the existence of the government,” it added.

In response, senior members of the Religious Zionism Party boycotted Sunday’s Cabinet meeting and are threatening not to show up for Monday’s Knesset.

The RZP has 14 seats in the Knesset.

Meanwhile, Netanyahu appeared to back Gallant’s position, releasing a statement on Friday saying, “The government supports settlement but only when it is done legally and is coordinated in advance with the prime minister and security officials, which was not done in this case. The prime minister will convene a discussion on the issue early next week.”