Palestinian Authority Broadcasts ‘Music to Murder By’ – to Welcome 2023

The year 2022 had the highest number of both Palestinian and Israeli deaths in many years, ending with several months of almost daily Palestinian terror.

If the Palestinian Authority (PA)/Fatah have their way, 2023 will be another terror year. And to guarantee that its young people will continue to lead the terror wave, official PA TV has been broadcasting catchy tunes — literally “music to murder by.”

The songs the PA is choosing to play at events and on official PA TV are putting murder incitement to music. Celebrating Fatah’s anniversary on Jan. 1, terror songs were broadcast both at anniversary events or added by PA TV to broadcasts of the events. The PA’s choice of terror music reinforces the declarations by PA leaders, which Palestinian Media Watch has exposed, that call for another year of terror against Israel.

The following are some of the Palestinian “music to murder by”:

”This is the sound of our bullets, we won’t cast our weapons from our hands” 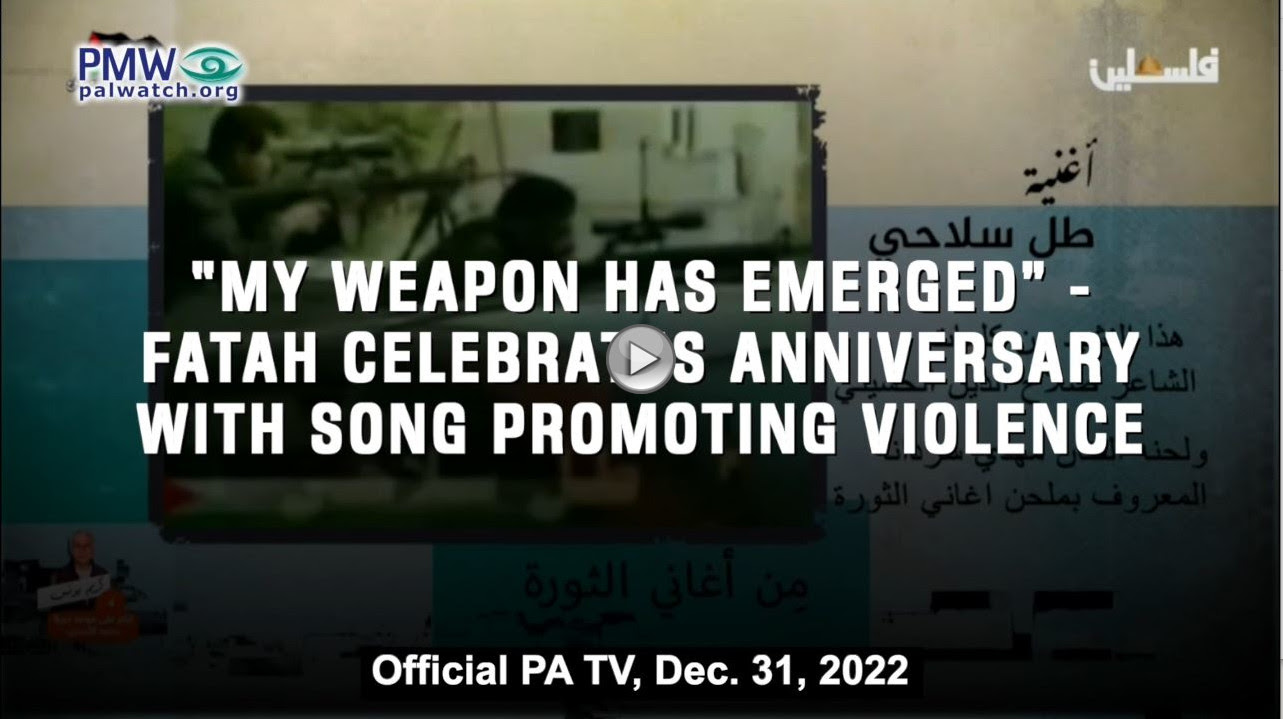 That song was also part of the songs played to mark Fatah’s anniversary last year.

”You will not escape, my enemy … I’m coming with my rifle” 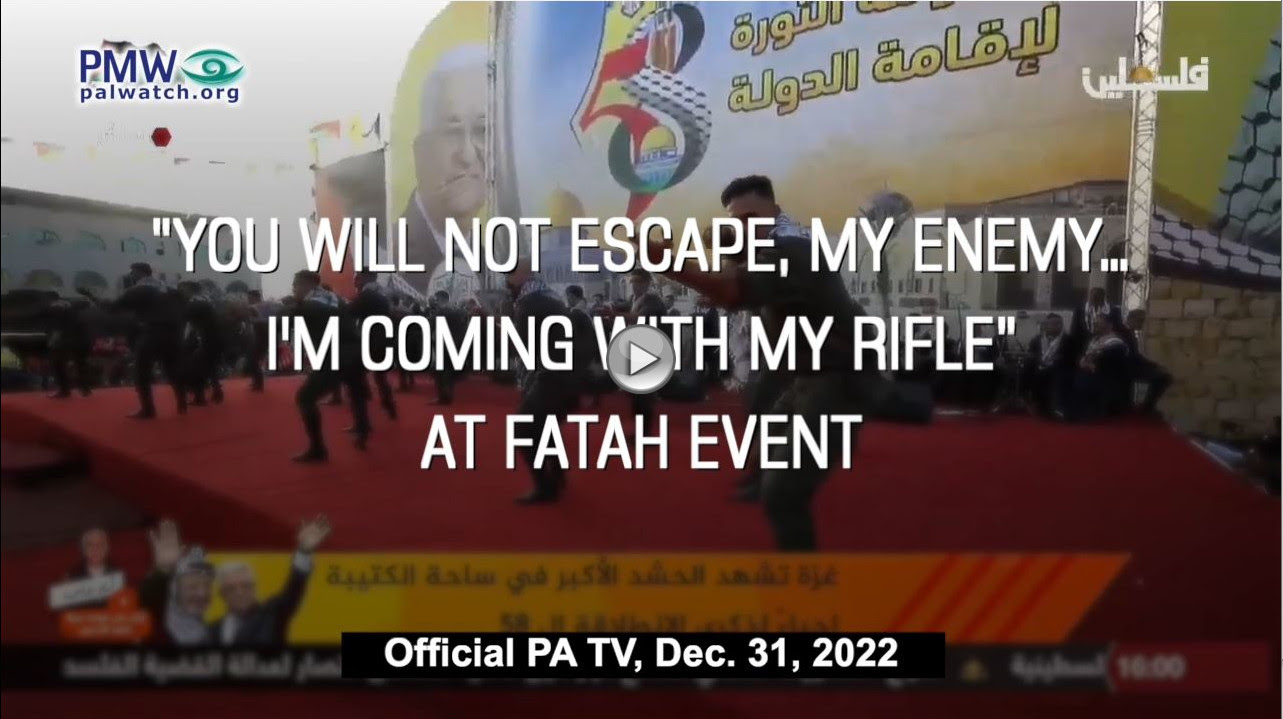 This song contains additional lyrics that were not aired in this broadcast:

PMW has exposed this song in the past — first when Fatah broadcast it in 2014 just days after knives and axes were used to murder four rabbis in a Jerusalem synagogue, and later when official PA TV included it among the songs that “express our national identity… and fascinate us with values.”

“My weapon has emerged, there is no force in the world that can remove the weapon from my hand”

This song contains additional lyrics encouraging Martyrdom that were not aired in this broadcast:

He who offers his blood does not care
if his blood flows upon the ground.
As the weapon of the revolution is in my hand,
so my presence will be forced [upon Israel].

PMW has reported on this song numerous times as it seems to be a favorite of the PA.

“The fire ignited and the rifle sang‎”

Lyrics: “The fire ignited and the rifle sang‎
O homeland, ask for the young people and have hope
The fire ignited from Acre to Tira [i.e., Israeli cities]
A handful of children who were raised on a mat
And they have grown up and not forgotten the land”

Text on screen: “The song ‘The fire ignited and the rifle sang’ — whose lyrics were written by poet Ahmad Dahbour, and which was composed by artist Hussein Nazek, performed by the Alashekeen band — is one of the songs of the revolution.”

Using music to encourage terror and murder is not only a PA practice but is a common practice of other terror organizations, as well, as it spreads the hate ideology “quickly and sticks in the collective memory,” explained Elisabeth Kendall, an Oxford University expert on extremism, writing in the Wall Street Journal in October 2019:

“The rhyme, beat, evocative lyrics and punchy delivery are especially appealing to youth. This catchy sing-along method for propagating ISIS ideology means it spreads quickly and sticks in the collective memory. It tends to be far more effective than sermons or theological debate and treatises.” [emphasis added]