Vayishlach – Success Is No Substitute for Familial Harmony 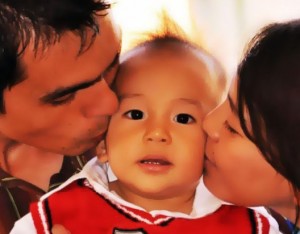 “Jacob arrived whole to the city of Shechem,” the Torah states in this week’s portion, Vayishlach.

What a gift it is—to be whole, complete. To feel wholesome, unified, integrated, holistic. How many of us can claim to be whole?

How did this happen? What was the secret behind Jacob’s “wholeness” at this time? He had been married for years, he had many children, and was a successful man. He had garnered much wealth and had dealt successfully with many an adversary.

What transpired at this moment which conferred upon Jacob this condition of “wholeness”?

In fact, nowhere does the Bible describe a human being in such a way—that he or she was “shalam,” whole. It is an extraordinary description for a human being, who from the genesis of time, is characterized by duality, fragmentation and conflict.

Apparently, something extraordinary occurred in the life in Jacob, which made him whole, precisely at this juncture of his life.

There is no escaping the juxtaposition between this statement—”Jacob arrived whole”—and the preceding scene in the Bible. In the previous scene, Esau finally made peace with his brother Jacob. After decades of estrangement, hostility and ire, and the fear of outright war between the brothers, they had at last reconciled, even if they would not live together.

It is a profound development. Twenty-two years earlier Esau vowed to murder Jacob, “The days of mourning for my father are near; then I will kill my brother.” Now, as they are about to meet again, we stand posed anticipating a harsh encounter. Upon hearing that Esau is approaching him with a force of four hundred men, Jacob is “very afraid and distressed.” He devises an elaborate defense, including a strategy for war.

When Esau finally appears, something very different transpires. The Bible’s description of the meeting is unforgettable:

“Esau ran toward him, embraced him, fell upon his neck, and kissed him. And they wept.” There is no anger, animosity or threat of revenge. Peace has at last descended upon the Abrahamic family. The next scene in the Torah reads: “Jacob arrived whole…”

The message to us seems clear; You may be a wonderful, accomplished and successful individual, but as long as you are not on speaking terms with your own sibling, you will not be whole. As long as a family is torn by mistrust and conflict, none of its members can be whole. You may be right or wrong in your arguments, but as long as the conflict lingers, you will remain broken. We cannot make ourselves whole, nor can we mend the world, if we lack the courage and vulnerability to create peace within our own families. The family is the nucleus of civilization.

George Burns once quipped that happiness is having a large, loving, caring, close-knit family in another city. It is often easier to get along with the “whole world” than with your own family. But it is only through family harmony that we can achieve genuine wholeness in our lives.