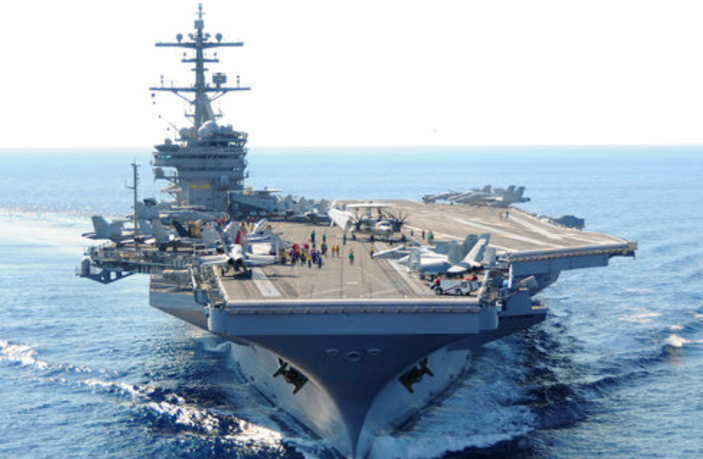 The world’s largest warship left its homeport of Norfolk, Va., Jan. 21 as part of Operation Inherent Resolve to combat the Islamic State terror group in Iraq and Syria. According to the Pentagon, the nuclear-powered carrier was relocated to the Eastern Mediterranean from the Arabian Gulf in May.

The warship is manned by a crew of some 5,000 sailors and carries around 90 fighter jets.  Due to the ship’s massive size, it was unable to dock at Haifa’s port, and anchored two and a half miles from the shore.

American and Israeli officials have not disclosed the purpose of the warship’s visit. The vessel’s crew will be granted leave to travel around Israel and will celebrate the July Fourth holiday in the Jewish state.

Israeli Prime Minister Benjamin Netanyahu, Defense Minister Avigdor Lieberman and Haifa Mayor Yona Yahav are expected to visit the ship Monday, before it leaves port Wednesday to continue its missions. US Ambassador to Israel David Friedman will reportedly accompany the Israeli officials aboard the ship.

Haifa served as a base for the US Sixth Fleet in the 1980s and 1990s, but the US Navy pulled out of the area in 2000 during the second Palestinian intifada.