Amnesty International Blasts PA and Hamas for Persecution of Journalists 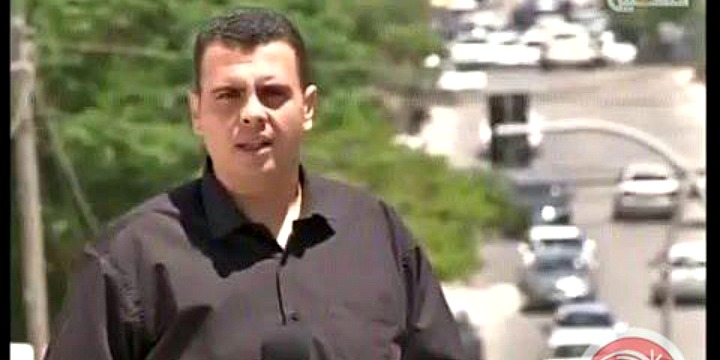 TV correspondent Fuad Jaradeh is among several Palestinian journalists who have been arrested by the Hamas regime in Gaza. Photo: File.

Amnesty International has accused both the Palestinian Authority and Hamas of “presiding over a chilling campaign designed to silence dissent, intimidate journalists and breach the privacy of individuals.”

On Thursday, the international human rights organization issued a protest against the PA’s passage in July of an “Electronic Crimes Law” — at the behest of PA President Mahmoud Abbas — that severely violates privacy and freedom of expression.

“The law imposes heavy fines and permits the arbitrary detention of anyone critical of the Palestinian authorities online, including journalists and whistleblowers,” an Amnesty statement asserted. “It could also be used to target anyone for simply sharing or retweeting such news. Anyone who is deemed to have disturbed ‘public order,’ ‘national unity’ or ‘social peace’ could be sentenced to imprisonment and up to 15 years hard labour.”

At least six people in the West Bank have been detained and charged with defamation or spreading information that “threatens the state” since the Electronic Crimes Law came into force in July, while 29 websites have been closed down, Amnesty said.

An unlikely royal joined a Saudi delegation to the UAE this week, and readers of the Kingdom's political landscape are...

“The last few months have seen a sharp escalation in attacks by the Palestinian authorities in the West Bank and Hamas in Gaza, on journalists and the media in a bid to silence dissent,” Magdalena Mughrabi, deputy Middle East and North Africa director at the organization — noted. “This is a chilling setback for freedom of expression in Palestine.”

Amnesty also attacked the Hamas regime in Gaza for having arbitrarily detained around a dozen journalists, subjecting at least one of them to torture.

“Hamas must immediately release anyone held solely for peacefully exercising their right to freedom of expression and urgently investigate allegations of torture and other ill-treatment of detainees by security forces,” Mughrabi said.

Among those in Hamas custody is Fuad Jaradeh — a correspondent in Gaza for the official PA channel Palestine TV, who was arrested on “security-related” charges on June 8.

“Palestinian journalists are now being targeted not only for expressing their views and reporting in a way that angers their leaders; they are also arrested and tortured in the process of the settling of scores between Abbas and Hamas,” Abu Toameh wrote.