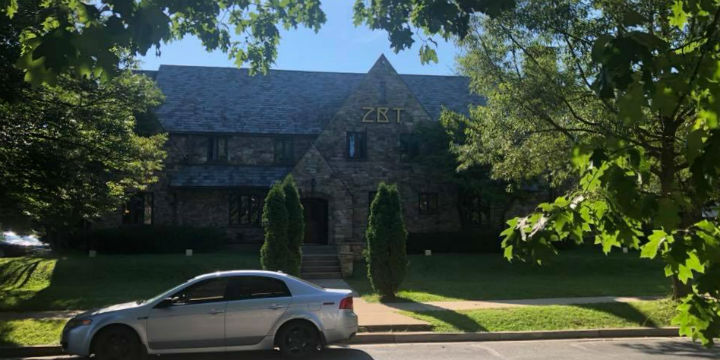 Police filed charges against three Pennsylvania State University students for removing and damaging a Hanukkah menorah on campus, in the first of two such recent incidents.

The three suspects — Charles Carden, 19, James Delaney, 20, and Frank Rao, 19 — had allegedly taken the nine-foot menorah from the front yard of the Zeta Beta Tau (ZBT) house overnight between November 29th and 30th, and returned it with damages before any fraternity members noticed that it was missing, State College reported.

They face charges of criminal mischief over the incident, which took place shortly before the same menorah was vandalized in a separate incident during the early morning hours of December 2nd.

Police filed misdemeanor charges last week against four other people — three of them students — who were allegedly involved in the second incident.

Those suspects had taken the menorah to their own fraternity house before later returning it, and had also damaged other ZBT property, including a window, basketball hoop and grill.

A ZBT member who witnessed the theft told officers that he was punched in the face while trying to intervene. He did not pursue assault charges.

Police have said that they do not believe ethnic intimidation was a factor in either case.

ZBT President Adam Schwartz said while lighting the menorah on the evening of December 2nd that it represented a “symbol of hope” for his fraternity and had been purchased earlier that year after a fundraiser.

“Our menorah may fall, its middle may bend, and its glass may shatter, but we will not break,” he added.