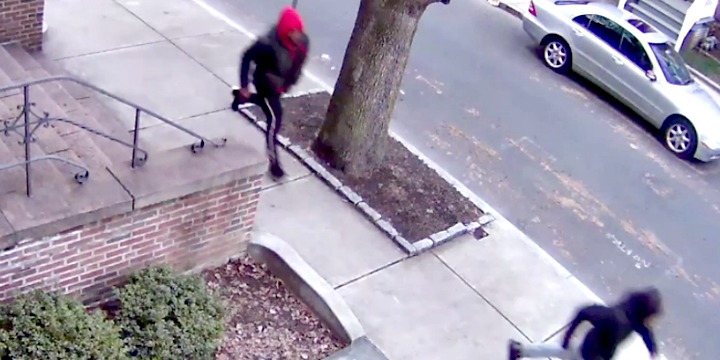 A rabbi who survived a violent antisemitic attack in New Haven last week praised the swift response of the police officers who arrived to assist him as he lay battered on the ground.

Rosenstein had been making a call on his cellphone while standing outside the Yale Chabad House when he was approached by two teenage boys, one of whom told him, “Give us everything you have, you f__ Jew.”

In an interview with the New Haven Independent about his ordeal, Rabbi Rosenstein said he had responded, “Guys, you don’t have to do this. I can just walk away.”

Ukraine urged NATO on Wednesday to prepare economic sanctions on Russia to deter a possible invasion by tens of thousands of...

The teens immediately knocked Rosenstein to the ground while punching and kicking him. As the rabbi cried out for help, neighbors came running out — but not in time to stop one of the boys from grabbing his car keys and speeding off in an Audi.

But Rosenstein praised the four officers who arrived “within a minute” of him calling 911.

Police were able to track down the stolen Audi, but the assailant driving the car ignored instructions to pull over. After being pursued by police along the I-95 interstate highway, the car was involved in a collision in East Haven. No one was hurt, however, and when police arrested the occupants of the vehicle, they took into custody three additional passengers who had been picked up by the two assailants during the journey.

Meanwhile, Rosenstein was advised by his doctor not to go to hospital with his injuries, given the coronavirus pandemic. The rabbi set about recovering at home instead.

We condemn anti-Semitic attack on Rabbi Rosenstein of Yale Chabad. We stand in full solidarity with him, particularly before Passover, & pray for quick recovery. @NewHavenPD must prosecute actively as hate crime. @chabad remains on front lines of Jewish communal service globally.