Israeli Singer to Release Album Made in Secret With Iranian Musicians 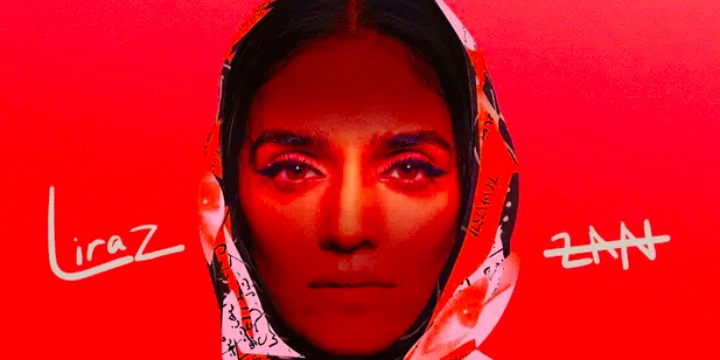 An Israeli singer with Persian roots is set to release an album next month that she made in secret with Iranian musicians, The Guardian reported on Thursday.

Liraz Charhi is also an actress and stars as a Mossad spy in the Israeli thriller series called “Tehran.” Her second Farsi-language album “Zan” (meaning “women”), will come out on November 13.

The album “is filled with electro-dance tracks that revive and remix a 1970s era remembered for a lively Iranian pop scene,” according to The Guardian.

Charhi, 42, said in an interview that she reached out to Iranian artists online, including singers, composers and players of tradition bağlama stringed musical instruments. Many were eager to work with her, although some asked to use a pseudonym. Others expressed interest at first but then dropped out of the project after several months and even changed their social media accounts.

Charhi communicated with her partners by using encrypted instant-messaging apps, such as Telegram, and wired money through third-party countries, including the UK and Turkey. Although she has never been to Iran, she met with some of the artists in Europe.

She explained that while making the album she feared endangering the lives of the musicians in Iran, which in May passed a law criminalizing different types of cooperation with the Jewish state.

“Technically, it was very difficult” Charhi said. “But emotionally, it was much more difficult. I felt night after night that I was doing a bad thing and these people could be arrested.”

One Iranian composer who wrote and sang tracks in the album, who goes by the artistic name Raman Loveworld, said he was aware of the risks he took by working with Charhi. “I know it is dangerous to work on this project. But we are just normal people,” he stated.

The singer’s parents were born in Iran and emigrated to Israel in 1970, when the two countries maintained strong relations, before the 1979 Islamic Revolution.

She said, “My parents kinda or struggled to be Israeli while they put their roots behind them. They kept acting Iranian. For me, it put a big hole in my heart — a big question mark. Who am I? Where did I come from?”

Charhi grew up speaking Hebrew in school and Farsi at home. She learned about mid-20th century Iran from her parent’s songs and stories. She was later exposed to more Iranian culture from her interactions with the large Iranian expatriate community in Los Angeles, where she moved to pursue her acting career.

Watch the music video for “Injah” (meaning “here”) — which has English, Hebrew and Persian lyrics — from Charhi’s new album below: