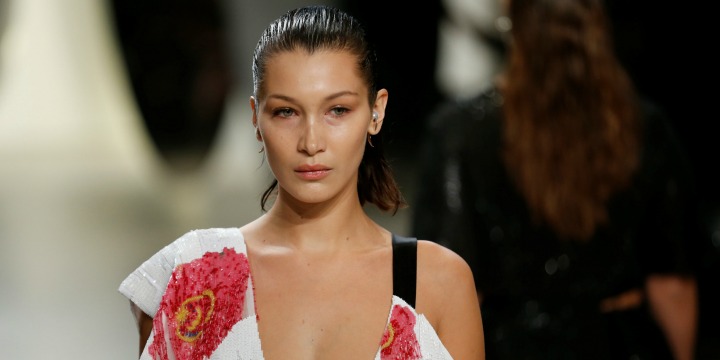 A pro-Israel activist on Twitter noted on Monday that the Palestinian-American model and prominent Israel critic Bella Hadid seemingly drew attention to an all-Jewish, pre-state soccer team in a recent Instagram post.

Hadid, 24, posted on her Instagram Stories a photo of the British Mandate of Palestine soccer team that played against Australia in 1939. The photo said “Palestine vs Australia 1939” and the model commented on the photo saying “So cool” along with a heart emoji.

A YouTube video of the 1939 match in Australia showed that sports broadcasters also referred to the team as “Palestine,” referring to the territory governed by the United Kingdom that preceded the 1948 birth of the State of Israel. In response to the photo, Israeli-Arab activist Yoseph Haddad explained in a video uploaded onto Twitter that the team was Maccabi Tel Aviv, representing the British Mandate of Palestine. The team was comprised of all Jewish athletes and they had Hebrew writing on their jerseys, which can be seen in the photo shared by Hadid as well as a group photo of the team posted on Twitter.

According to Ari Ingel, director of the entertainment organization Creative Community for Peace, the team had a tradition of playing three anthems before each match: Britain’s “God Save the King,” what became Israel’s national anthem, “Hatikvah,” and the opposing team’s national anthem. The  soccer squad also had a blue and white flag that featured a large yellow Star of David in the center.

Haddad further explained that if Hadid thought she was featuring the British Mandate of Palestine’s national Palestinian team in her Instagram post, it should be noted that the team had a logo that said in Hebrew “the land of Israel.”