The Igbo Jews of Nigeria 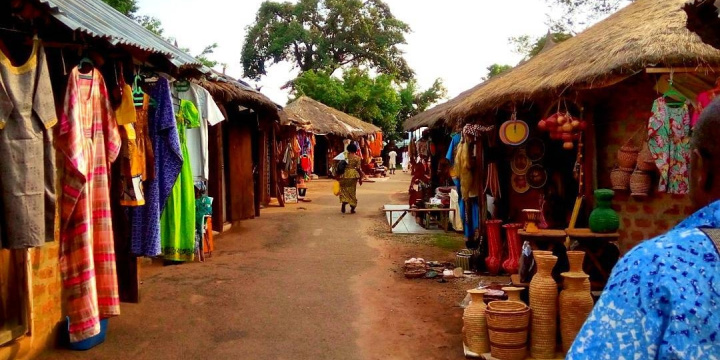 In 1960, Nigeria gained independence from the United Kingdom. As with many new African states, the borders of the country did not reflect earlier ethnic, cultural, religious, or political realities. Their boundaries were lines drawn on maps by the colonial powers who arbitrarily carved up Africa with no regard for tribal cultural, religious differences, and rivalries that have persisted to this day. The northern region of Nigeria is Muslim and has more in common with the other Muslim states in  Sub-Saharan Africa. The southern population is predominantly Yoruba and Christian. In the Southeast, it is the Igbo who are in the majority.

In 1967, the Igbo, fed up with being bullied by the larger tribes, declared their state — Biafra — to be independent. For three years, the Nigerian army pursued a violent war of suppression and blockade that left untold numbers dead, and even more suffering from starvation and other catastrophes.

After all the bitter fighting, Biafra capitulated; subsequently, the Nigerian government confiscated property, land, and assets, and has continued to discriminate against the Igbos in funding, investment, and infrastructure programs, imprisoning many of its leaders who protested.

In 1999, a new movement emerged to try to revive Biafra. This too has been brutally suppressed, with its leaders jailed and tortured. But it has also been an excuse for the Nigerian authorities to clamp down on the Igbo Jews.

Here is the history of the small Igbo Jewish population.

Many Igbos claim they are descended from the so-called Ten Lost Tribes. But others think they were influenced by the Jews expelled by Islamists from Timbuktu in the 15th century. Some have argued that they are the African equivalent of the Khazars of the Caucasus, who converted to Judaism in the ninth century to act as a buffer between Islam and Christianity. Perhaps the fiercely independent Igbos wanted to avoid joining either the Christian or the Muslim tribes. Others attribute their Jewish identity to early Christian and Jewish missionaries more loyal to the Old Testament than the New.

The fact is, thousands of Igbos claiming Jewish identity are leading a very Jewish way of life there. It is estimated that over 50,000 Igbos practice some form of Judaism, and there are currently 70 synagogues, some accommodating thousands and others hundreds.

It was only after the Biafran war that individual Jews in the West became aware of the Jewish background of many Igbos, and began to forge links with them despite, as with other so-called lost tribes, facing a lot of skepticism from the Jewish establishment.

But individuals and communities both in America and Israel have persisted, and have maintained contact, exchanged visits, and provided ritual and educational materials. During the Biafran war, Henry Kissinger wrote a memorandum for President Nixon in which he said that  “The Igos are the wandering Jews of West Africa — gifted, aggressive, westernized; at best envied and resented, but mostly despised by the mass of their neighbors in the Nigerian Federation.”

The Igbo Jews do not see themselves as separatists in Nigeria, but they do really want to be seen as part of the wider Jewish world, according to the spokesman of Abuja’s Gihon Hebrews Synagogue, Prince Azuka Ogbukaa.

Indeed, they are becoming more orthodox in order to feel part of the larger community. But they continue to suffer from Nigerian brutality. This past November, over 50 Igbos were killed in clashes with security forces; six synagogues were destroyed; and people were arrested for the crime of wearing Jewish attire and identifying as Jews. The Jewish communities are being accused of supporting the Biafran separatists, which they do not. And a campaign has been launched against them by the Nigerian armed and secret services that smells very much like antisemitism — if not worse.

This past month, three Israeli filmmakers were arrested in Nigeria together with Ima Lizben Agha, the charismatic leader of the Ogidi community. Thanks to the efforts of the Israeli, US, and French embassies, along with other diplomatic channels, the team has been released but they were forced by the Nigerian government to leave the country, and Ima Lizben Agha has been released too.

I am certainly no expert on the origins of the Igbos, and there is still controversy about the origins of the Ethiopian Jews and other communities long separated from mainstream Judaism. I feel that those who wish to identify with the Jewish people — and who do not practice another religion — should be welcomed and supported as Jews. And I believe Judaism can only be stronger for it. We can and should support any desire they might have to go to Israel. But at the very least, the majority who wish to remain in Africa deserve our support.

The author is a rabbi and writer currently living in New York.