A new monument in honor of terrorist murderer Kamal Abu Wa’er exemplifies the great efforts that the Palestinian Authority (PA) and its ruling Fatah faction spend on inculcating in the minds of Palestinians the ideology that terrorist murderers are heroes and role models.

Fatah and the Jenin municipality are currently in the process of erecting this monument for Abu Wa’er, the murderer of at least four Israelis. The design of the monument includes two upraised chained hands, one holding an AK-47 assault rifle with a bayonet and the other making a “V” for victory. The PA map of “Palestine” that presents all of Israel together with the PA areas as “Palestine” is also part of the monument: 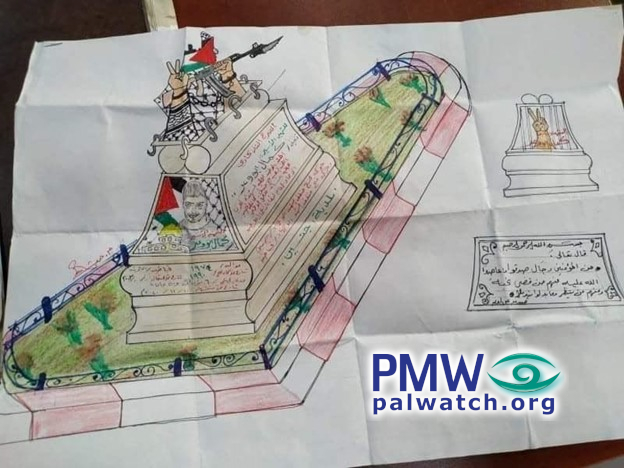 Abbas’ Fatah Movement also posted photos of the foundation of the monument: 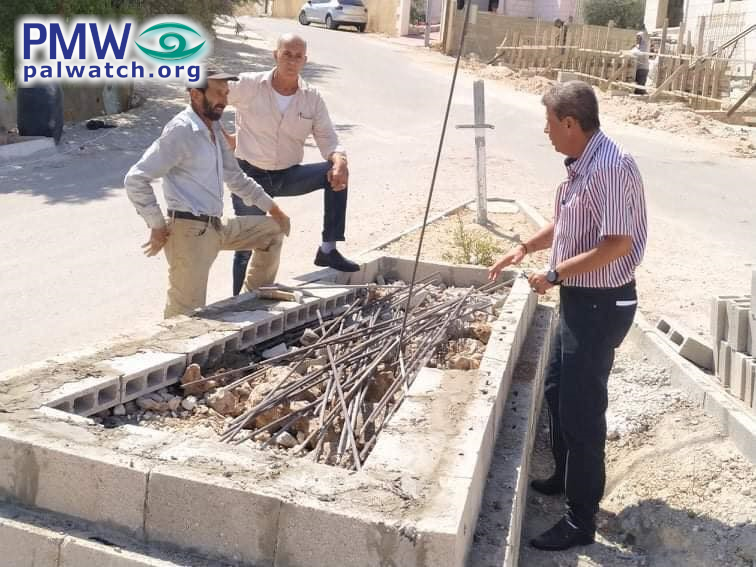 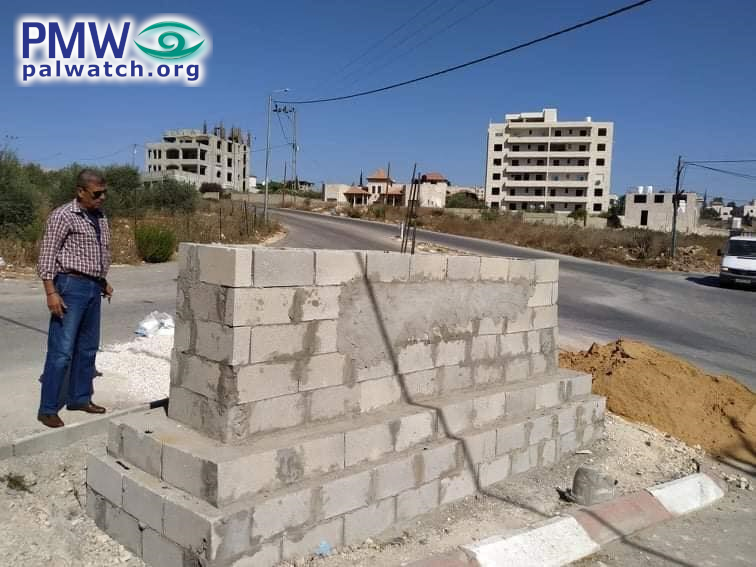 The Facebook page of the Fatah Commission of Information and Culture, posted the following on September 22, 2021:

The end of the first stage of establishing the monument in memory of Martyr prisoner Kamal Abu Wa’er.

In the presence of Chairman of the National Committee to Commemorate the Arab Martyrs Muhammad Habash … the establishment of the monument in memory of Martyr Kamal Abu Wa’er began in Jenin in the Al-Jaberiyat area.

That the PA and Fatah honor terrorist murderers is not new. Palestinian Media Watch has exposed hundreds of schools, institutions, streets, squares, and other permanent public structures that have been named after terrorists and murderers, as well as activities like summer camps and military camps, sporting events, and festivals.

One such monument was erected by the PA to honor murderer Muhannad Halabi, a terrorist who stabbed two Israelis to death in the Old City of Jerusalem: 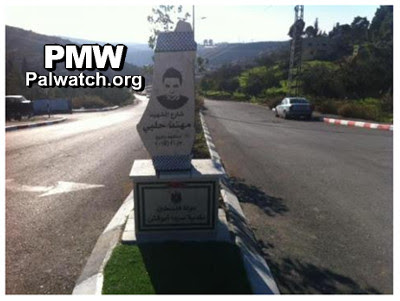 The PA municipality where murderer Halabi lived not only erected a memorial in his honor, but also named a road after him. This is who the Palestinian leaders are, and who they choose to celebrate.

A version of this article was originally published at Palestinian Media Watch, where the former is a contributor and the latter is its founder and director.