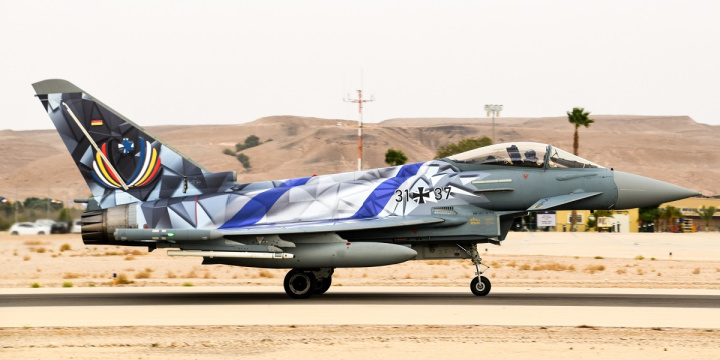 The largest and most advanced multi-national air combat exercise yet to be hosted by the Israeli Air Force will take off on Sunday.

“We are living in a very complicated region, and the threats to the State of Israel from the Gaza Strip, Lebanon, Syria, and Iran are only increasing,” commented Maj. Gen. Amikam Norkin, Commander of the Israeli Air Force, on Thursday. “Holding an international exercise in this current reality, while continuing our overt and covert operational activities on all fronts, is of utmost strategic importance and has extensive impact over the Israeli Air Force, the IDF, and the State of Israel.”

The exercise aims to cement strategic international cooperation through shared learning about the integration of fourth and fifth-generation aircraft in complex operational scenarios, and to conduct joint tactical flights against a variety of threats using advanced technology, the Israeli army said.

Norkin described the exercise as “groundbreaking” in terms of technology, quality of training, and the number of participating nations.

“It illustrates the partnership and strong bond between the nations’ air forces and acts as a stepping-stone toward regional and international cooperation,” he added.

On the first day of the exercise, Norkin will lead an honorary flyover in Israeli skies in an F-15 Baz fighter jet alongside an Israeli F-35I Adir stealth fighter jet. Lieutenant General Ingo Gerhartz, Commander of the German Air Force, will fly with them in the Eagle Star Eurofighter, which has been painted with the Israeli and German flags.

During the two-week exercise, participating air forces will drill air-to-air and air-to-ground combat, advanced surface-to-air missiles (SAM) threats, and various operational scenarios in enemy territory. The IAF holds the Blue Flag exercise every two years to train with air forces from around the world.