More than 20 years after the 9/11 terrorist attacks, antisemites continue to blame Jews and Israel for the generation-defining destruction of that day. In fact, the emergence of social media and the critical role it now plays has enabled conspiracy theories to flourish. 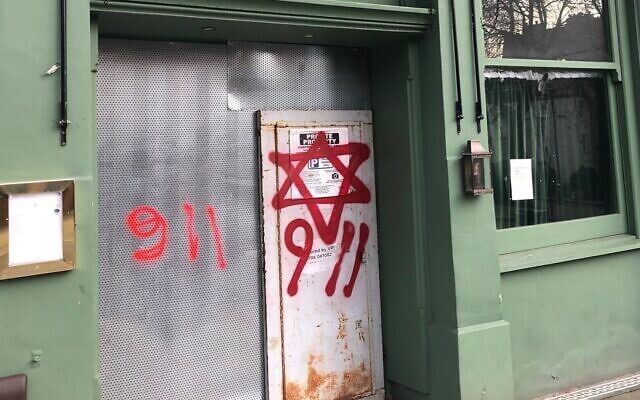 In the pre-digital era, these types of hateful lies were disseminated in books, videos, and by speakers. But today, the Internet is the easiest medium through which to spread antisemitic 9/11 conspiracy theories. Platforms such as Facebook, Reddit, and 4chan, along with messaging apps like Telegram, are used to plant antisemitic seeds that then germinate at a rapid pace.

Memes are short, often image-based forms of digital communication that are powerful tools of persuasion. Because memes convey an idea or information quickly, they are conducive to being retweeted and widely shared.

Once antisemitic memes about 9/11 gain traction online, social media platforms — inadvertently or not — serve to amplify false claims, which, in turn, could breed hatred and induce people to commit acts of violence against those “responsible.”

Social media companies have, to a degree, attempted to minimize the propagation of hate speech and conspiracy theories on their platforms. But nothing is fool-proof.

And a certain lack of urgency regarding the monitoring of online hate speech is having dire consequences. According to one study, only 20 percent of antisemitic messages are removed from social media. This prompted the Anti-Defamation League to warn of a significant increase in anti-Jewish posts over the past few months.

The most acute danger is that online hate can manifest offline, with a landmark survey having found that roughly nine out of ten American Jews think that antisemitism is a problem in the US. A full 84 percent believe that incidents of antisemitism have increased over the past five years.

By not cracking down hard enough on 9/11 antisemitic conspiracy theories, social media platforms have effectively left the digital door open for a slew of new ones to enter and affect public consciousness.

Indeed, Jews have for two millennia been falsely blamed for wars, disease, and economic crises, and the latest incarnation of the “Jews-Did-It” trope is that Israel manufactured the coronavirus. 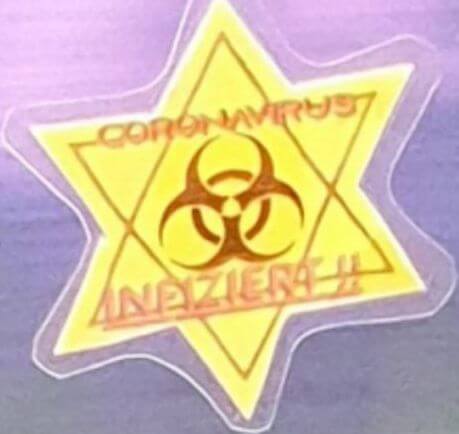 What makes the COVID-19 conspiracy so pernicious is that it is taking root. In this respect, a report focusing on antisemitic incidents in the United Kingdom suggested that the abnormal conditions caused by the global pandemic have created an “entirely new type of [situation], informed by a sudden widespread reliance on [social media] platforms, demonstrating the ability, opportunism and speed of antisemitic offenders to adapt to a new social reality.”

The unique circumstances have also provided antisemites with new mediums through which to spread their warped views. For example, the hacking of virtual meetings and their subsequent disruption with antisemitic graphics and messages — a trend known as Zoombombing — has become a significant concern during the pandemic.

Eliminating antisemitic and anti-Zionist conspiracy theories from social media platforms is a tall order, one that requires tech giants develop and introduce tools that can immediately identify hate speech.

But before being defeated, antisemitism in all its forms must be clearly defined.

Recently, an open letter sent by a coalition of over 100 organizations, including HonestReporting, urged Facebook’s board of directors to adopt a policy based on the widely accepted working definition of antisemitism formulated by the International Holocaust Remembrance Alliance.

In response, Facebook announced that the company was updating its hate speech guidelines that will now, for example, ban posts containing stereotypes about Jews controlling the world. It was an important first step, but much more remains to be done.

As George Orwell famously conveyed, “In a time of deceit, telling the truth is a revolutionary act.”