Terrorist Ra’ad Hazem shot and murdered three Israeli civilians, and wounded 14 others, when he opened fire on a crowded bar on Dizengoff Street in central Tel Aviv on April 7, 2022.

Fatah Secretary in Jenin Ata Abu Rmeileh celebrated these crimes as part of the “triumph over the occupation,” and stressed Fatah’s admiration for the murderers. He vowed that “we adhere to the covenant and the oath to these Martyrs” and to arch-terrorist Abu Jihad who was behind the murder of at least 125 Israelis:” 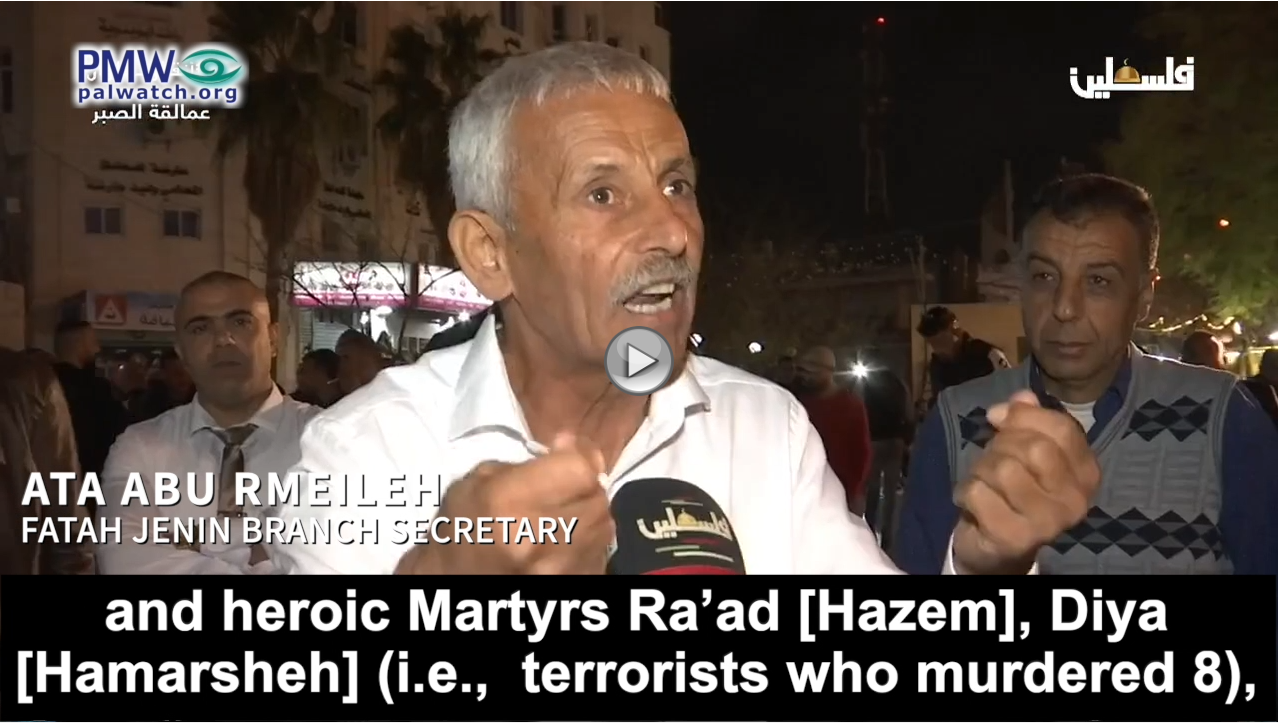 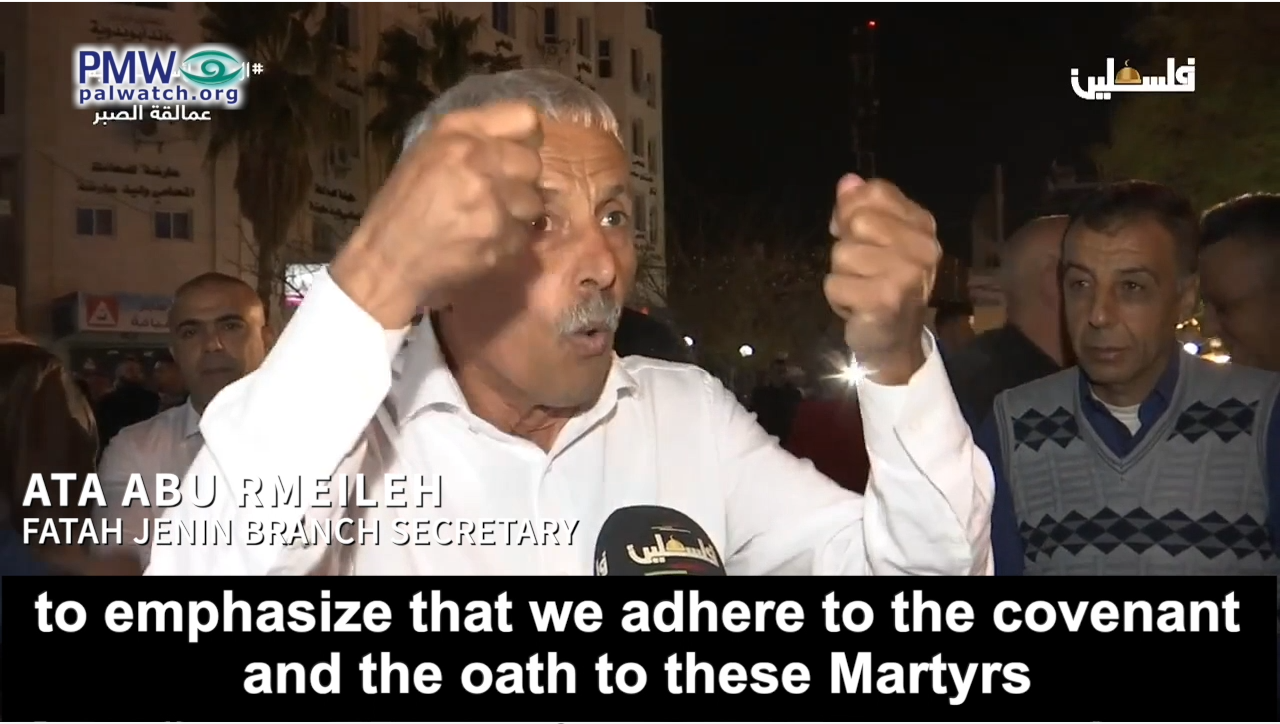 Fatah Secretary in Jenin Ata Abu Rmeileh: “The Jenin district is triumphing, triumphing over the occupation. … As a sign of support for the blessed Al-Aqsa Mosque and the pure Martyrs and heroic Martyrs Ra’ad [Hazem], Diya [Hamarsheh], and all the Martyrs, today we light the torch of freedom and the torch of the prisoners to emphasize that we adhere to the covenant and the oath to these Martyrs and to the Martyr leader, the First Stone and the First Bullet, Khalil Al-Wazir ‘Abu Jihad.”

During Ramadan, Palestinian Media Watch (PMW) documented the Palestinian Authority (PA) and Fatah’s encouragement of Palestinians to carry out attacks and kill Israelis.

Not only did PA President Abbas send condolences to the family of murderer Ra’ad Hazem, but the PA actively incited riots and terror using the PA libel that the Al-Aqsa Mosque is being “desecrated” by Jews.

One imam directly called for the “extermination of the evil Jews,” while another asked Allah to “liberate the Al-Aqsa Mosque from the defilement of the evil Jews” — and both requests were broadcast live by official PA TV. Abbas’ own advisor also fueled the terror wave, teaching Palestinians that “Ramadan is … not a month of laziness but rather … a month of Jihad, conquest, and victory.”

Even as many Palestinians — including teenagers — heeded these calls and attacked Israelis, one Fatah official stressed that “we love Martyrdom-death as we love life.”

PMW also recently revealed the chilling chant of Palestinians: “How sweet it is to kill Jews.”