At the International Conference for Jerusalem and the Al-Aqsa Mosque, Palestinian Authority (PA) President Mahmoud Abbas’ Advisor on Religious Affairs and Islamic Relations — Mahmoud Al-Habbash — repeated the libel that Israel seeks to harm all Muslims by destroying Islam’s third holiest place, the Al-Aqsa Mosque, as well as the Dome of the Rock.

He also made clear that for the PA, the conflict with Israel is not one over land and territory — but is religious.

Al-Habbash described the duty of the Palestinian people, which is to “defend” not only itself, Jerusalem, and the Al-Aqsa Mosque, but nothing less than “Islam, the Quran, and the entire Islamic nation” from alleged Israeli dangers:

Jerusalem is in the most complicated and difficult situation in its history, as the occupation [i.e., Israel] wants to change its identity and character so that it will be a city without the Al-Aqsa Mosque and without the Dome of the Rock. … Our people is not defending only its existence in Jerusalem and only the Al-Aqsa Mosque, but also Islam, the Quran, and the entire Islamic nation.

Stating that Palestinians are prepared to die to defend these things, Al-Habbash implicitly encourages violence and terror, and further stresses that religion is at stake, envisioning that “Allah’s victory is approaching” and that “Jerusalem will again be free”:

While Al-Habbash often has accused Israel of wanting to cause a “religious war,” it is actually Al-Habbash who is fanning the flames with language as documented above.

Palestinian Media Watch also exposed that he encouraged Palestinians to go on jihad during Ramadan: 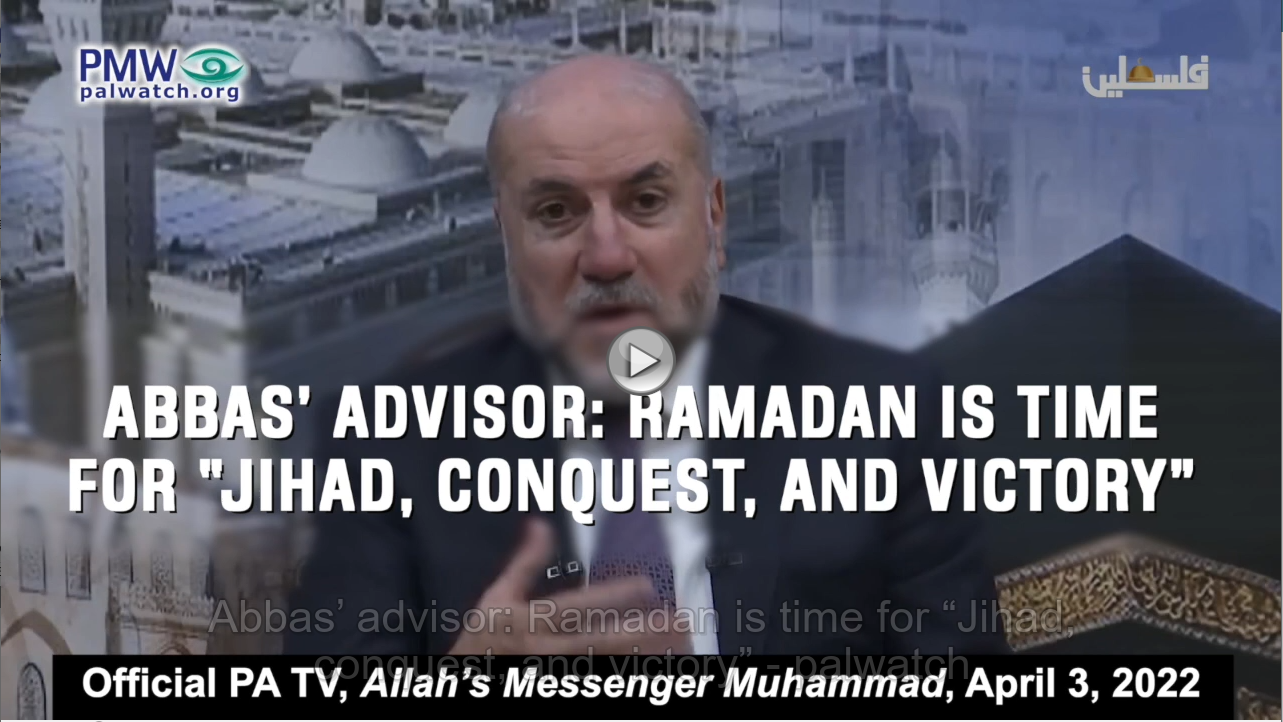 Official PA TV host and PA Supreme Shari’ah Judge Mahmoud Al-Habbash: “How was this month [of Ramadan] in the life of Prophet [Muhammad]? … Did the Prophet spend Ramadan in calmness, serenity, laziness, and sleepiness? Far be it from him… The Prophet entered the great Battle of Badr (in 624 CE) during Ramadan.  … On the 17th of Ramadan he set out to Badr, and the great Battle of Badr took place. … Also in the month of Ramadan, in the 8th year of the Hijra (i.e., 629-630 CE), the Prophet and the Muslims conquered Mecca. … The Prophet did not say and did not think when he decided to set out to liberate Mecca and to conquer Mecca that “Now it’s Ramadan, people are fasting, let’s delay it to after Ramadan” …  How can we build [our] lives and lay foundations for Islam if we are lazy, Heaven forbid? Ramadan is not a month of laziness but rather  … a month of Jihad, conquest, and victory.”

At other times, Al-Habbash has been even more explicit, teaching on PA TV that the Koran commands fighting and permits killing Israelis — for crimes that he accuses Israelis of committing, such as stealing Palestinian land, and much more. 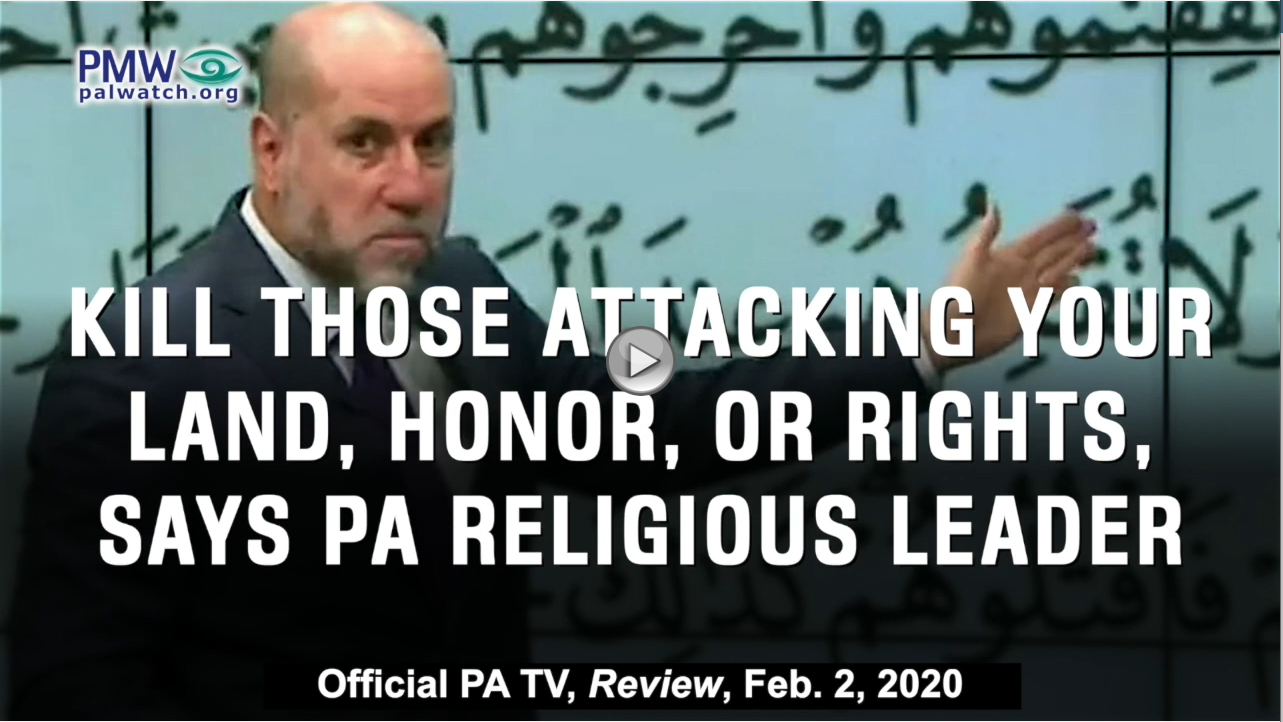 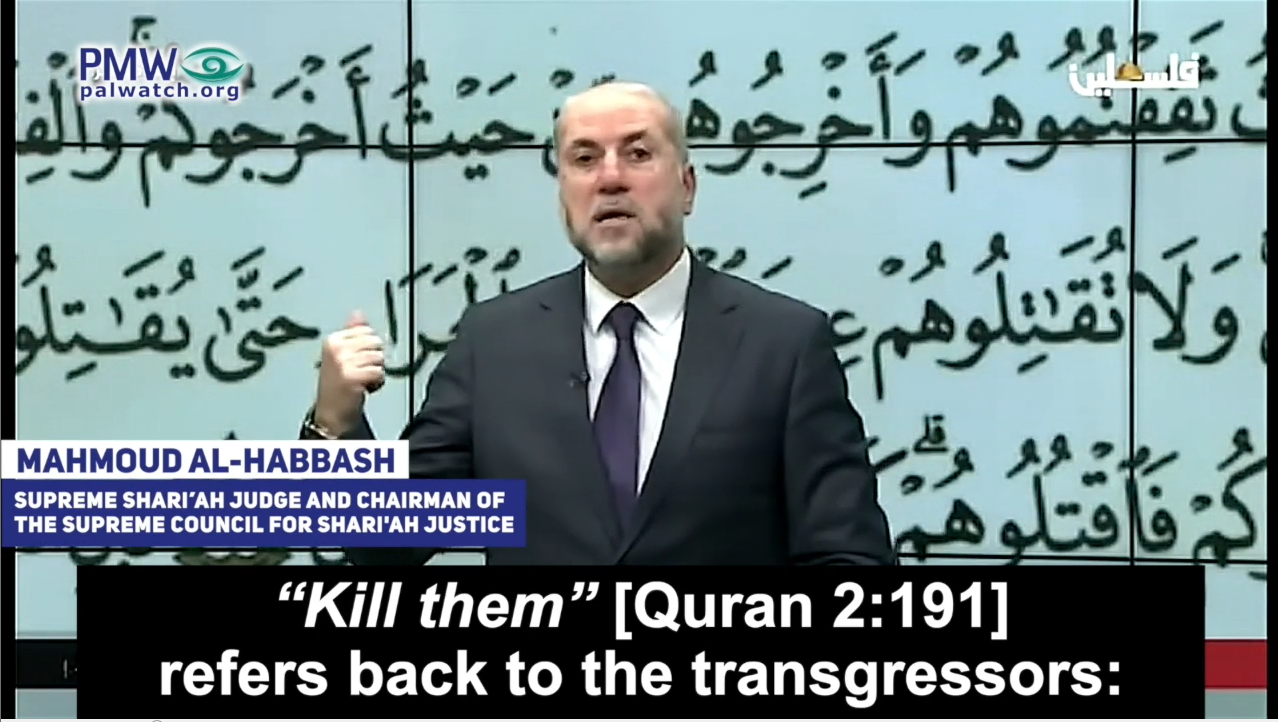 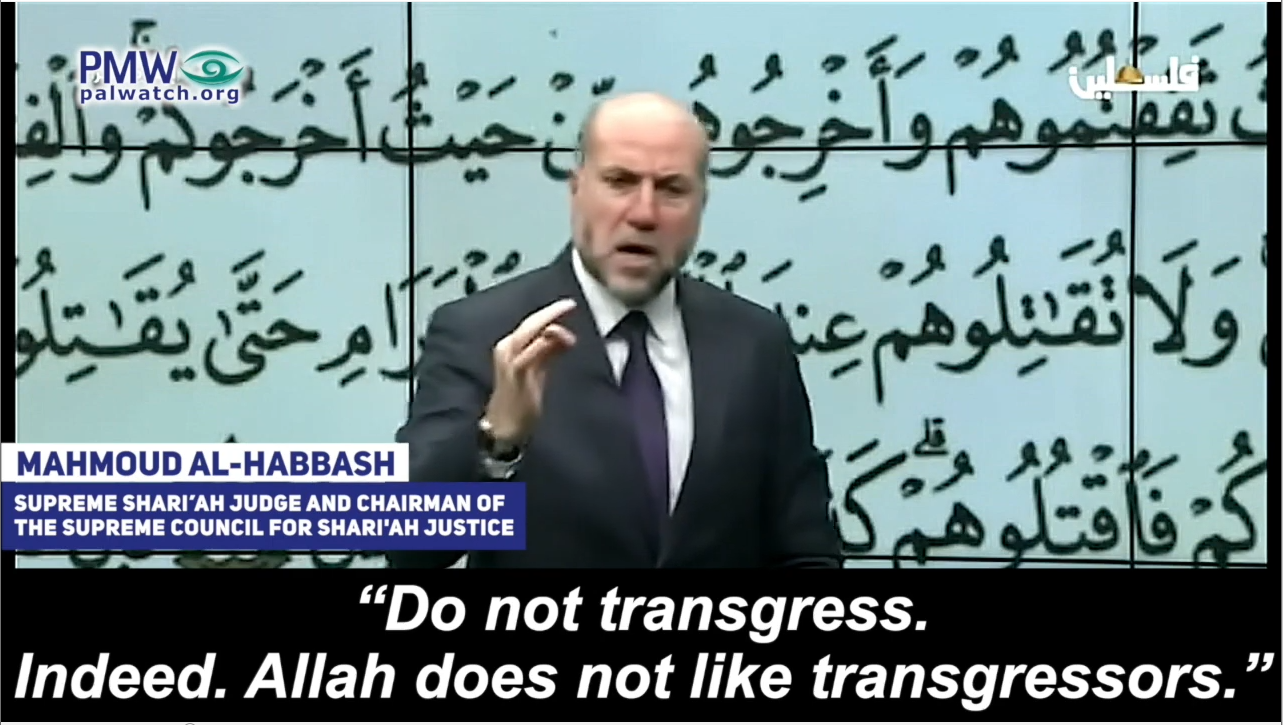 Nan Jacques Zilberdik and Itamar Marcus are respectively a contributor and Founder and Director of Palestinian Media Watch — where a version of this article first appeared..