Jewish visitors gesture as Israeli security forces secure the area at the compound that houses Al-Aqsa Mosque, known to Muslims as Noble Sanctuary and to Jews as Temple Mount, in Jerusalem’s Old City, May 5, 2022. REUTERS/Ammar Awad

Israel’s actions in Jerusalem will lead to a “religious war … [that] will reach the US, Europe, and the entire world,” and “will exterminate everything.” These are threats coming from Palestinian Authority (PA) President Mahmoud Abbas’ official spokesmen and advisors.

Yet, all these PA warnings and threats are based on libels and lies.

The libel that Israel is planning the destruction of the Al-Aqsa Mosque in order to build a Jewish temple in its place is one of the most potent and long-standing PA libels.

As a prelude to this alleged Israeli plan, the PA claims that Israel is also preparing a “division according to areas and times” of the Temple Mount, which the PA defines as “belonging only to Muslims.” The alleged division would allow Jews and Muslims to pray at the site in separate places and at separate times. This would constitute a change in what is perceived to be the so-called “status quo” at the site, which de facto is interpreted to mean Jews are only allowed to enter the Temple Mount, but not to conduct individual or communal prayers there.

But this is a lie. Former Israeli leader Benjamin Netanyahu has stated numerous times that the Israeli government has no intention of ‎changing the status quo.

In July 2021, Israeli Prime Minister Naftali Bennett confirmed that “there is no change in the status quo.”

Regardless, the PA presents “the division according to times” to Palestinians as an actual Israeli plan, and an imminent danger to the Al-Aqsa Mosque. As documented by Palestinian Media Watch, the libel has propelled many a terror attack, and has been justified by Palestinians as the “defense of Al-Aqsa.”

Recently, the libel was repeated on official PA TV: 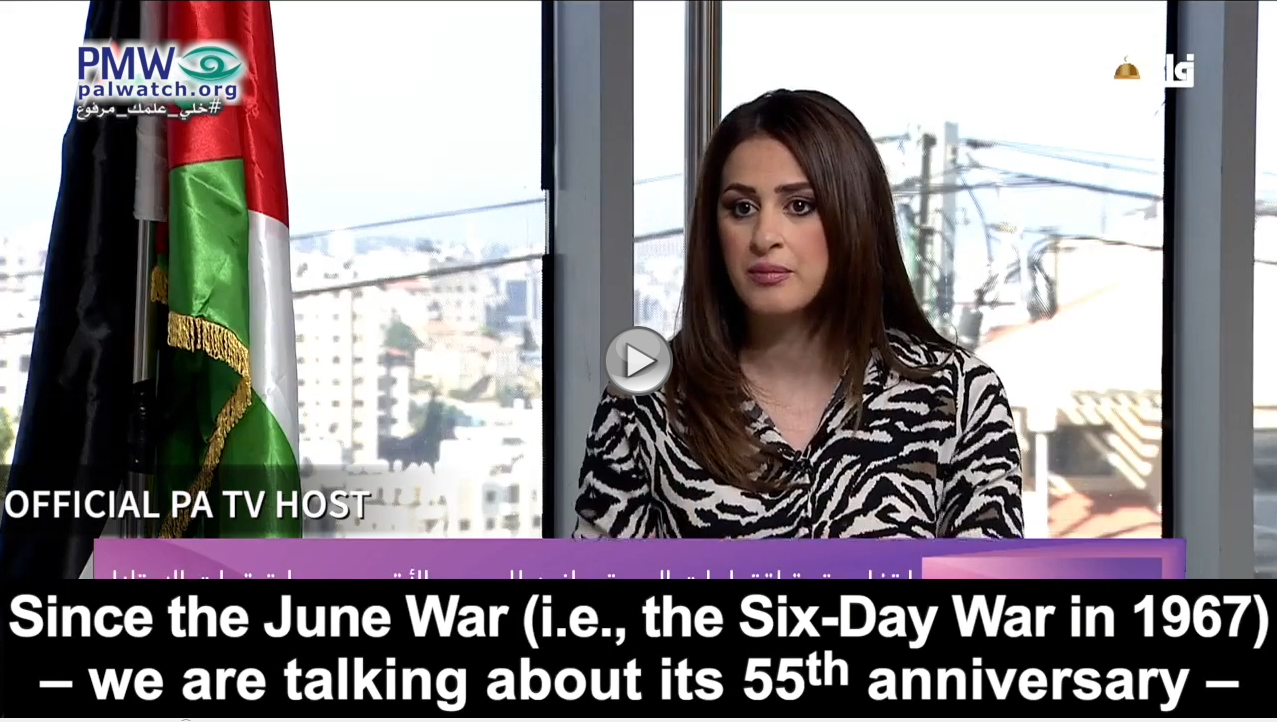 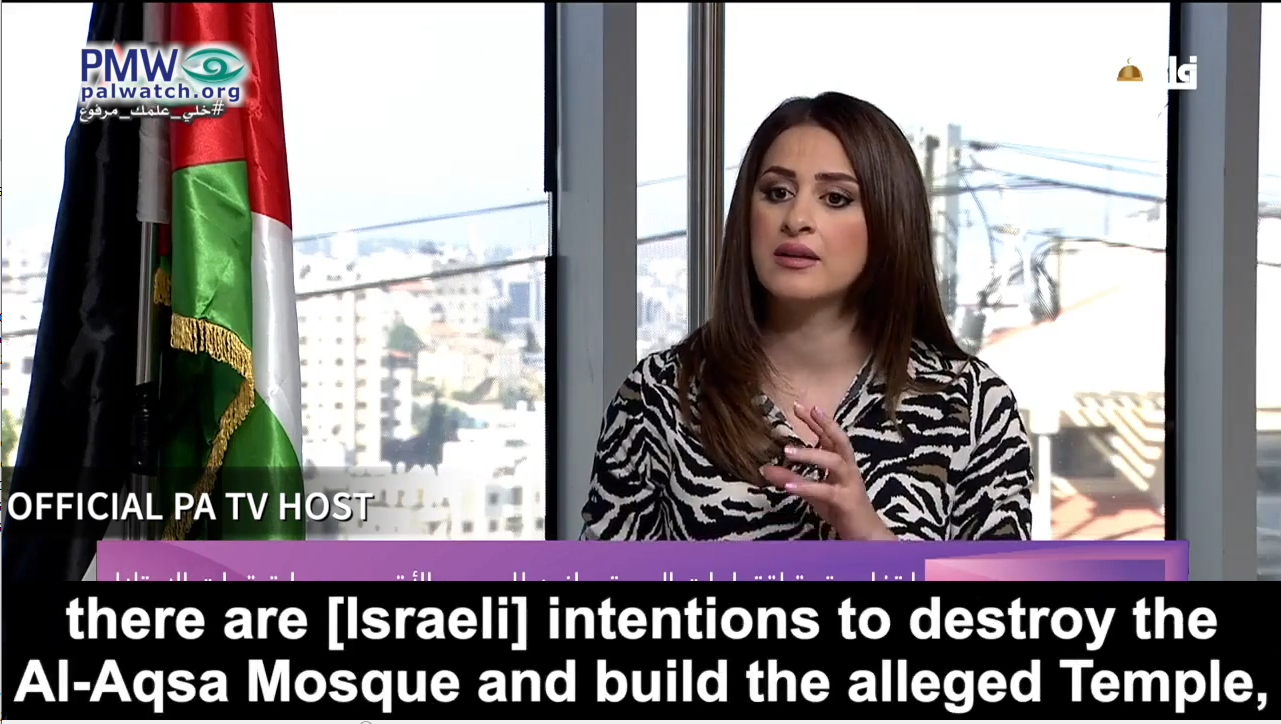 Official PA TV host: “Since the June War [i.e., the Six-Day War in 1967] — we are talking about its 55th anniversary — there are [Israeli] intentions to destroy the Al-Aqsa Mosque and build the alleged Temple, and [it is] not just a division according to times and areas that will befall the Al-Aqsa Mosque.”

Recently, one of Mahmoud Abbas’ advisors threatened that continued visits by Jews at the Temple Mount combined with a division of prayer times for Jews and Muslims will lead to something similar to World War III.

PA Presidential Office Advisor on Jerusalem Affairs, Ahmed Al-Ruweidi, said that this would be “tantamount to an attack on a billion Muslims in the world,” and would lead to a “religious war” that would “reach the entire world”:

He emphasized that if the invasions and attacks [i.e., visits by Jews] against the Al-Aqsa Mosque continue, and if Israel attempts to impose a division [between Jews and Muslims] according to [prayer] times, this will be tantamount to an attack on a billion Muslims in the world — which means the buds of a religious war…

Another top PA official, Nabil Abu Rudeina, who is PA Deputy Prime Minister, Minister of Information, and official Spokesman of Abbas’ Presidential Office, likewise has threatened that Jews’ visits to the Temple Mount will lead to “religious war that will exterminate everything”:

Nabil Abu Rudeina said that the daily break-ins by extremist Jews into the blessed Al-Aqsa Mosque and its plazas have become an invasion and not a visit. He added that they are denounced and unacceptable.

Abu Rudeina emphasized that the legal and historical status quo at the Al-Aqsa Mosque must be preserved, and he warned that continued invasion will turn the conflict into a religious war that will exterminate everything.

Religious PA officials often repeat that the Al-Aqsa Mosque “is for Muslims only,” as did the PA Mufti, the highest religious authority in the PA:

“[PA] Mufti of Jerusalem and preacher at the [Al-Aqsa] Mosque Sheikh Muhammad Hussein said from the Saladin [Al-Ayyubi] pulpit in the Southern Mosque: ‘The [Al-Aqsa] Mosque belongs only to the Muslims, and we will not agree to partnership or division. The occupation’s measures will have no legal effect, and the mosque with all its parts in its total territory of 144 dunams … belongs to the Muslims.’”