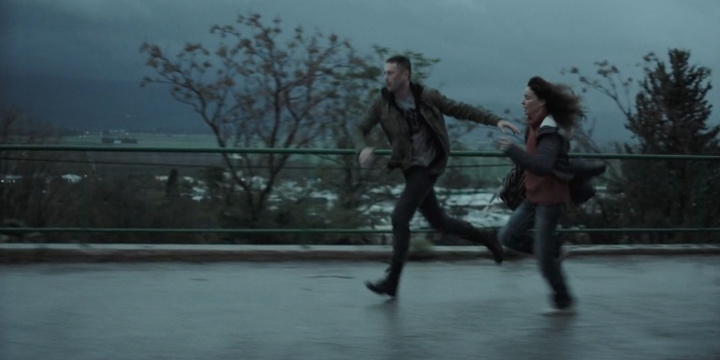 A scene from the trailer for season one of “Just For Today.” Photo: Screenshot.

Amazon’s subscription video streaming and rental service Prime Video has picked up the US rights to two Israeli dramas from Israel’s Yes Studios, “Kvodo” and “Just For Today,” the Tel Aviv-based production company confirmed to The Algemeiner.

“Kvodo” is best known as the inspiration behind the Showtime series “Your Honor,” starring Bryan Cranston. The show is about a judge who gets mixed up with the mafia after his teenage son is implicated in a hit-and-run that injures a member of a crime family. “Kvodo,” from creators Shlomo Mashiach and Ron Ninio, was the Grand Prix winner at Series Mania in 2017 and the show has been adapted for audiences in Germany, India, Italy, France, Turkey, Russia and Spain.

Seasons one and two of “Kvodo” are now available on Prime Video.

The first season of “Just for Today” will be released on August 23 on Prime Video and Google Play. The show from Nir Bergman and Ram Nehari is about a half-way home for newly released prisoners that faces being permanently closed.

“The former prisoners face a dramatic junction – will they be able to integrate back into society or will they be thrown back into their previous lives?” Yes Studios said about the show. “The series centers around Anat, a social worker and current manager of the group home, who deals with both the shutting down of her life’s work and the reemergence of Niko, her former ward and flame.”

“We are so pleased to present two of our most awarded and captivating television series to the US viewers,” Sharon Levi, a Yes Studios representative, told The Algemeiner. “’Kvodo’ and ‘Just for Today’ epitomize great Israeli television that translates beautifully to global viewers while offering unique insight into our culture and personal stories.”

Yes Studios are also the creators of the hit Israeli shows “The Beauty Queen of Jerusalem,” “Fauda” and “Shtisel.”