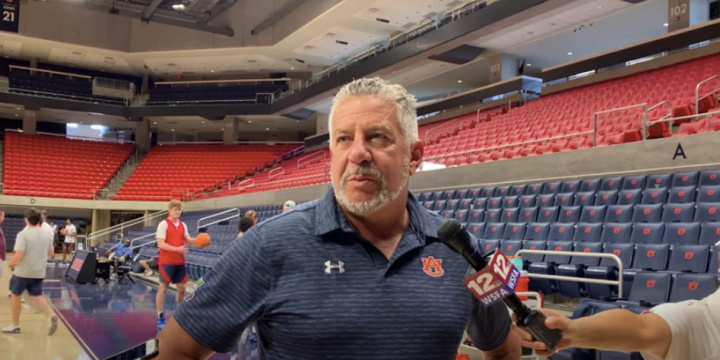 Bruce Pearl, the head coach of the Auburn University Tigers men’s basketball team, has the perfect response to counter the Boycott, Divestment, and Sanctions (BDS) campaign: “Take your players to Israel!”

The Jewish coach, who has been to Israel four times, took the Alabama team on the inaugural “Birthright for College Basketball Tour,” from July 31 to August 10. Once every four years, the NCAA allows a team to have a foreign tour, and Pearl hopes to make Israel a frequent destination.

Bruce explains, “The greatest way to understand Israel and the amazing place it has become, and the pride the Israelis have in the land and in the people and culture, is to see it for yourself.”

Yet, despite all this camaraderie and opportunities for exchange, BDS proponents — in this case, the Council on American-Islamic Relations (CAIR) — tried to get the athletic department to cancel the trip, or “at least meet with ordinary Palestinians without Israeli handlers” to discuss “the reality of Israeli Apartheid,” conveniently neglecting to mention that the team already had a lunch meeting scheduled with the coach of the Palestinian National Team in Bethlehem, or that Israel is the furthest thing from an apartheid state.

The BDS campaign’s tactic of “intersectionality,” which attempts to link Palestinian struggles to those of what they consider marginalized groups and movements such as Black Lives Matter, disintegrates under the microscope of reality. For example, Pearl reports that 90-95% of the student athletes, coaches, and families he works with are African-American. He states that, “The Jewish community and the Black community share so much in common as it relates to slavery, profiling, and the struggle to overcome those obstacles. Israel and the Jewish people are a great example of overcoming obstacles and surviving and succeeding.”

The coach’s vision is to do this event every year with a stop in both the United Arab Emirates and Israel, and call it the “Abraham Accords Cup,” saying, “How can we contribute to peace in the Middle East? Through normalization.”

I am honored that one of coach Pearl’s stops upon his return from Israel is the StandWithUs (SWU) Mid-Atlantic’s gala “Athletes Against Antisemitism” on September 13, where he is the keynote speaker.

The event also features a panel moderated by Marc Zumoff, the former Philadelphia 76’ers play-by-play announcer who understands that antisemitism is everywhere and must be fought continuously. Temple University’s Sasha Westrick will speak about why she quit the crew team and eventually left her university, because, among other assaults, her teammate took a photo of her and posted it with the caption “I Hate Jews.” Her coach’s reaction to this antisemitic post was to disregard it and called it a “lie.” Another participant is Eliza Kanner, New England Patriots cheerleader and Miss Connecticut 2017, who took on an antisemitic professor at the University of Connecticut who showed a map of the Middle East that excluded Israel. When Eliza pointed this out, the professor replied that she must be Jewish because that’s the only reason she would call it Israel. The incident spurred Eliza to become a campus StandWithUs (SWU) Emerson Fellow and then, she served as SWU’s New England regional manager until 2021.

“Athletes Against Antisemitism” is being held at the Hilton City Avenue hotel in Philadelphia beginning at 6:00 pm. For more information, visit: https://www.standwithus.com/galama2022

Paula Joffe is the executive director of StandWithUs Mid-Atlantic, an international non-partisan education organization that fights antisemitism and supports Israel.