Can Reform and Conservative Judaism Support for Zionism Be Revived? 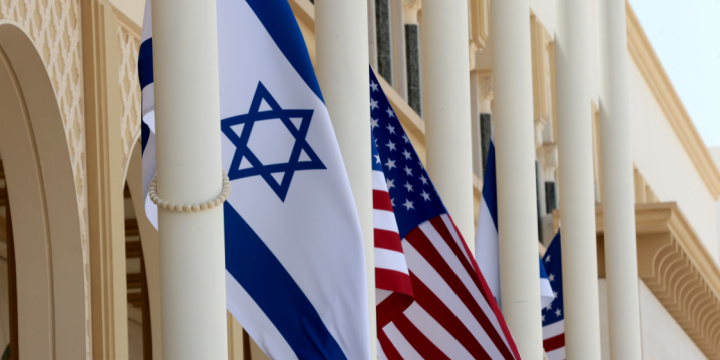 JNS.org – One of the staples of pre-Rosh Hashanah journalism in recent decades is the evergreen story about how rabbis are afraid to speak honestly in their High Holiday sermons about Israel’s faults. A 2013 survey showed that a third of American rabbis were reluctant to speak about the subject, due to concerns about wealthy donors threatening their jobs for the sin of discussing the Jewish state’s failings.

But perhaps what we really ought to be worrying about is the way unabashedly pro-Israel figures, including rabbis, are becoming wary of speaking out in Jewish forums and synagogues, due to the growing strength of anti-Zionism, and fear of those whose hostility to Israeli policies often renders them indistinguishable from those who now question whether it even ought to exist.

That became apparent last year when the main response from many Americans to Hamas missile and rocket attacks on Israel in May 2021 was to blame the latter for its efforts to defend itself. Indeed, when a letter published in the Forward, signed by dozens of rabbinic and cantorial students at Reform and Conservative seminaries denouncing Israeli self-defense and expressing solidarity with the Palestinians, it seemed to mark a turning point in the discussion.

Some in the rabbinic community rightly denounced the message for its lack of empathy for fellow Jews under attack, and for its failure to acknowledge the nature of the demands made by foes bent on Israel’s destruction.

That letter shocked many who pointed to the way in which the anti-Israel invective in response to the fighting helped foment antisemitic violence, both abroad and in the United States. But there was also a general recognition that the rabbinical students’ sentiments were in sync with those of the intersectional left that is a growing force in the Democratic Party to which the overwhelming majority of American Jews is deeply loyal. The idea that Israel is an expression of “white privilege”—and that Zionists and Jews are part of the class of oppressors victimizing people of color—has become commonplace in American discourse since the explosion in 2020 of the Black Lives Matter movement, which was founded in 2013.

So, while some on the left continue to complain about rabbis being prevented from speaking out against Israeli policies, the script has largely been flipped in the opposite direction.

This decline in pro-Israel sentiment spurred the establishment in 2019 of the Zionist Rabbinic Coalition, whose aim was to give voice to the need for Jewish leaders to stand in solidarity with Israel, rather than identify with those seeking its elimination. Led by Rabbi Stuart Weinblatt, it now has hundreds of members. Its goal is to foster love for Israel and Zionism, and to help recreate a non-denominational and non-partisan consensus among American Jews. The idea is to counteract the Jewish leaders’ drift to the left that has led to the mainstreaming of harshly critical positions on Israel and even of anti-Zionism.

While surveys continue to show that most American Jews still have strong feelings of identification with Israel, they are fighting an uphill battle.

The notion of supposedly courageous truth-tellers about Israeli oppression has been, for a while now, somewhat of a cliché within the Reform and Conservative movements. In 2012, Rabbi Rick Jacobs, the head of the Union of Reform Judaism, America’s largest Jewish religious denomination, told Haaretz about the problem of liberal rabbis constrained by conservative congregants.

It was, he claimed, not merely a congregational problem, but a disconnect between what most American Jews thought and an outdated idea about consensus that demanded silence where Israel’s flaws were concerned. While some of it stemmed from anger about the failure of Israel’s government to recognize Reform and Conservative rabbis as equal to their Orthodox counterparts, it went deeper than that, and involved questions about the country’s political leadership, security policies and the ongoing stalemate with the Palestinians.

According to Jacobs, “North American Jews don’t see an Israel that reflects their core values.”

That attitude speaks to the deep political and cultural divide between American and Israeli Jews that has become even more pronounced in recent years. Jews in America are overwhelmingly politically liberal, and reflect notions about sectarian states and movements like Zionism, which are in many ways antithetical to support for a Jewish state whose purpose is to give agency, sovereignty and protection to Jews in particular. Even though the toxic myths of the left that are part of critical race theory and intersectionality grant a permission slip for antisemitism, many Jewish liberals have acquiesced to, rather than fought, this trend.

Arguments about the presidencies of former presidents Barack Obama and Donald Trump, about whom the two Jewish tribes had very different opinions, have only exacerbated this divide.

It is also a function of demographics. Assimilation and soaring intermarriage rates among the non-Orthodox, as well as the growth among those labeled by demographers as “Jews of no religion,” have led to a decline in a sense of Jewish peoplehood among American Jews that was bound to have an impact on attitudes towards Israel.

These factors were responsible for marked decline in support for Israel when it underwent a trial by fire in 2014. This was when Hamas rockets first fell on Tel Aviv and Jerusalem, not only on towns and cities adjacent to Gaza.

But as Weinblatt pointed out in a column in JNS, the fighting in 2021 produced even more Jewish criticism of Israel than the events of 2014, though the latter had resulted in far more Palestinian casualties and greater structural damage in Gaza. Clearly, the shift in American-Jewish opinions about Israel, which was articulated in polls like the Pew Research Center’s 2021 study, have been taking a toll on the notion of Jewish unity.

Weinblatt, who was ordained by the Reform Movement’s Hebrew Union College but later founded a successful Conservative synagogue in Potomac, Maryland with his Israeli-born wife, understands that the culture of American-Jewish life is making support for Zionism less normative.

This is why, instead of the usual breast–beating of rabbinic liberals broadcasting their more-in-sorrow-than-anger denunciations of Israeli policies, what is needed this year at Rosh Hashanah is more rabbinic courage of the kind that Weinblatt and his colleagues are seeking to model.

The point of such advocacy isn’t to pretend that Israel is perfect or that its policies are above criticism. Rather, it is based on a recognition that the debate about Israel being mainstreamed by publications like The New York Times and The Washington Post is not about where Israel’s borders should be relocated, or what to do about settlements and the best way to respond to terrorism. It now revolves around whether one Jewish state on the planet is one too many, and whether Zionism is a form of racism.

Rabbis in non-Orthodox congregations must use the unique opportunity for reaching Jews on the high holidays—especially now that the coronavirus pandemic has subsided—to reaffirm the need to stand with the Jewish state and the Zionist idea that is the national liberation movement of the Jewish people. The alternative is to cravenly stand by as a rising tide of antisemitism, fueled by left-wing myths, is allowed to further sabotage the ties between American Jews and Israel.