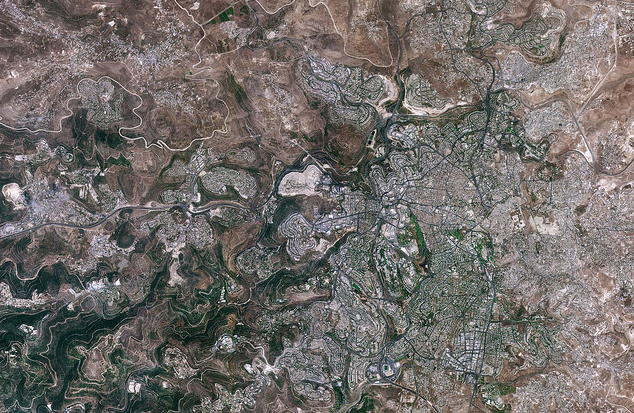 JNS.org – The Venus research satellite, operated by the Israel Space Agency at the Science and Technology Ministry, transmitted its first images from outer space on Wednesday, among them images of the Jerusalem area.

The state-of-the-art imagery makes it possible to see Jerusalem and its environs with unprecedented quality.

The Jerusalem area is prone to brush fires, particularly during dry seasons. The information Venus provides will help scientists develop new methods of characterizing the area’s ecosystem, understand and reduce risk factors for the fires, and study the effects of global warming.

“The beauty of Jerusalem can also be seen from outer space,” Israeli Science and Technology Minister Ofir Akunis said. “This is just the beginning. In the coming years all of humanity will benefit from these images, which will help trailblazing research in the fields of environment protection, earth sciences, water and food.”

The Venus satellite was launched on Aug. 1 from French Guyana, with its mission to last three and a half years. It is a joint project between Israel and France’s National Center for Space Studies. The satellite was built by Israel Aerospace Industries and includes a sophisticated Elbit Systems-designed camera capable of snapping photos on 12 different wavelengths, and a new electric engine developed by Rafael Advanced Defense Systems.

Venus has also transmitted images of Marseille in France, agricultural fields near Phoenix and tropical forests in Peru.