Superman Was There When Jews Needed Him Most 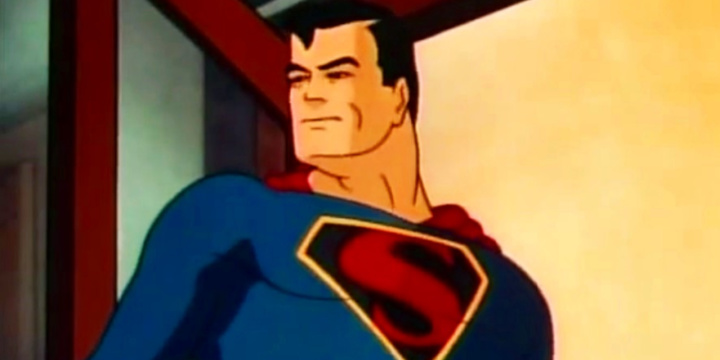 In the Spring of 1938, Cleveland was abuzz with talk of “The Mad Butcher of Kingsbury Run.” He was never apprehended, although Cleveland’s Public Safety Director — Eliot Ness, of Untouchables fame for nabbing Al Capone —  tried his best.

Instead, the date became famous when two teenagers from Cleveland, Jerry Siegel and Joe Shuster, who had worked together on their high school newspaper, saw the first publication of their comic strip — subsequently named “Superman.”

Siegel had never quite recovered from seeing his father die of a heart attack after being beaten up in the family store. Shuster earned nickels delivering newspapers.

Their hero, newspaperman Clark Kent — otherwise known as Superman from planet Krypton — was the creation of two Depression-era Jews, the children of poor immigrant parents.

Jerry Siegel later described his motivation for creating the character as, “Hearing and reading of the oppression and slaughter of helpless, oppressed Jews in Nazi Germany …  [and] seeing movies depicting the horrors of the downtrodden.”

But did his unconscious inspiration reach further back to the avenger of Jews, the Golem of Prague? And like Moses’ parents, Superman’s parents had launched him, alone on a perilous journey, to escape doom. Superman’s birth name on Krypton was Kal El — in Hebrew, “Voice of God!”

According to Gerald Hartman, Superman’s original motto — “Truth, Justice, and the American way” — is an Americanization of “Torah, avodah, and gemilut chassadim: Torah, service, and acts of loving kindness.” Too bad Hollywood has dropped “the American Way.”

Early comic books — a Jewish specialty — advocated for US entry into World War II against the Nazis. An early Superman cover shows him wringing the neck of Joseph Goebbels, and holding the Liberty Bell. Goebbels informed Germans: “This Superman is a Jew.”

Early in World War II, Look magazine showed how Superman would defeat the Nazis. Das Schwarze Korps, the weekly newspaper of the SS, mistakenly printed the strip, but then warned that “there is nothing the Sadducees won’t do for money!”

Later as a franchise in comics, on radio and television, and in the movies, Superman was recruited to win the Cold War. But during the 1960s, longtime editor Mort Weisinger decided it was best to steer clear of the controversial Vietnam War and the civil rights movement.

And the influence didn’t stop there. Captain America — who punched Hitler in 1941 — is often at odds with the Hydra — a supervillain group modeled on the Nazis.

Perhaps it was inevitable that Superman would time travel back to confront the Holocaust. In a 1987 comic, Superman materializes in front of a train carrying Jews past the ruins of the Warsaw Ghetto. Superman destroys the train, allowing Auschwitz victims to escape, and then grabs an airborne atomic bomb that Hitler was testing. He explodes it in outer space. In another comic, Clark Kent disguises himself as a Jewish camp inmate to get the real scoop on the Holocaust.

Unfortunately, white supremacist marchers in Charlottesville in August 2017 stole the imprimatur of Superman’s buddy, Captain America. And, of course, Nazi regalia was worn during this year’s January 6th insurrection.

Maybe “the American Way” needs Superman now more than ever!

Historian Harold Brackman is coauthor with Ephraim Isaac of From Abraham to Obama: A History of Jews, Africans, and African Americans(Africa World Press, 2015).