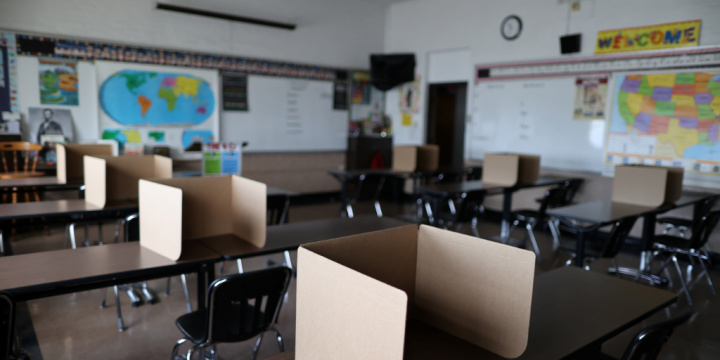 Los Angeles’ 35,000-strong teachers union is set to vote in the coming weeks on a controversial endorsement of the Boycott, Divestment, and Sanctions (BDS) movement against Israel, months after a similar motion was passed by several local chapters.

The United Teachers Los Angeles (UTLA) will consider the motion, which accuses Israel of human rights abuses and demands the end of US aid to Israel, at the union’s House of Representatives meeting on September 23.

After at least two UTLA chapters passed similar resolutions in in May, a newly-formed group, L.A. Parents Against Antisemitism (LAPAA) launched a petition lobbying against it, amassing hundreds of signatures from city teachers. The petition also included a form letter for parents to send to their children’s teachers.

“We cannot allow any group of students to feel that their teachers are collectively poised against them,” the letter said. “Our school district is one of the biggest in the world and it serves students from nations all around the world. It is inappropriate for our union to promote only one side in a complex international conflict that alienates and threatens students on campus.”

LAPAA was also backed by the Jewish Federation of Los Angeles, StandWithUs, the Israeli American Council, and the California Board of Rabbis.

Critics of the motion have included Nick Melvoin, Vice President of the Los Angeles Unified School District Board of Education, who noted recently that few city officials had joined his opposition.

“When there are incidents of racism, like anti-Asian hate, I’m grateful that my colleagues join me in standing up to speak out against it,” he told the Jewish Journal on Tuesday. “Yet, when there are antisemitic acts, whether in West Hollywood or via resolutions by the teachers union, it remains disappointing to me that more folks don’t come out condemning it.”

In a statement issued in June, the UTLA said motions brought by members at local chapter meetings were not the official expressed opinions of union or its leaders, and that the body’s democratic processes would proceed.

“Debate and disagreement are essential to democracy and to our union, even when there are deep, conflicting emotions on both sides,” it said. “We mourn the loss of every innocent child that has been caught in the middle of this conflict. We deplore the destruction of schools on both sides and the need to convert places of learning into emergency shelters to house displaced people. Getting an excellent public education is and continues to be a human right no matter what country or territory you reside in. This principle should unite us all as a global public education community.”