Without Victory, There Can Be No Peace 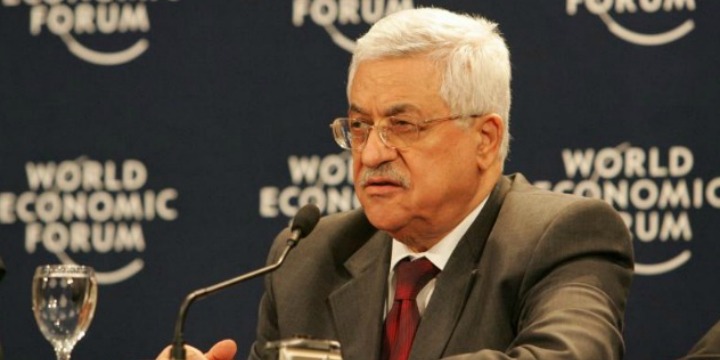 Ninety-four years ago, on November 4 1923, Ze’ev Jabotinsky published an essay that would shape the worldview of the nationalist Israeli Right. Known as the “Iron Wall” doctrine, it stated that, so long as the Arabs have even a sliver of hope regarding the outcome of the Israeli-Arab conflict, the conflict will not end.

Peace would only be achievable, Jabotinsky argued, once the “Iron Wall” of Israeli military superiority was completely solid. Even so, in the years following the 1973 Yom Kippur War, the foundational ideas of the Iron Wall doctrine have steadily faded from Israeli political discourse.

The first “crack” in the Iron Wall occurred the moment that the Oslo Accords were signed. The Israeli government imported a group of certified terrorists, in the hope that they would become converted to our way of thinking — that they would combat terror “without Bagatz or B’Tselem” (without the Supreme Court or far-left NGOs).

To some Arabs, the Oslo Accords represented a bright new hope; the first stage in the multi-step plan to achieve their dream of driving us out of the country, as first devised in the 1974 PLO Phased Plan. Arafat’s successor, Mahmoud Abbas, continues on the same path — securing whatever concessions possible from Israel through negotiation, while using violence to achieve the rest of his goals.

In 2014, Abbas explained as much in Cairo at an Arab League meeting, stating that he would never recognize Israel as a Jewish State: Meaning that he would continue to work towards a Palestinian State encompassing as much territory as possible, while at the same time working towards turning Israel into a second Palestinian state.

The Palestinians have come to understand that the Israeli addiction to the notion of “peace” is our greatest weakness. For this reason, they are constantly talking about peace, but peace in the Palestinian worldview is no more than an armistice. Any peace agreement is simply a stop on the path toward the ultimate goal: the destruction of the Jewish state. This is because we have not yet extinguished, for many of them, their hopes of defeating us.

In the Iron Wall essay, Jabotinsky understood and even respected the Arab drive to destroy us; it was perfectly clear to him that as long as the Arabs had even the slightest hope of success, they would never give up their dreams of driving us out of Israel.

Therefore, one of our first priorities must be to make clear to them that Israel — and our status as a Jewish state — is permanent. Many military victories and a steadfast commitment to Israel’s founding principles have demonstrated this, but the message has not gotten through. Since the Oslo Accords, the Iron Wall has begun to show cracks simply because the way that we talk about the conflict has changed. Instead of talking in terms of a definitive end to the conflict, we have begun to talk in terms of incremental progress. Instead of talking about eradicating terror, we now discuss limiting it.

Over the last 20 years, Israel has engaged in many large-scale military operations and one major war. In almost every case, when the Israeli military stated its objectives for the operation, the same terms stood out: “strengthening our deterrence,” “delivering a significant blow to the enemy” and “minimizing civilian casualties.”

Former Defense Minister Ehud Barak chose to describe the objectives of Operation Pillar of Defense in 2012 as “strengthening our capabilities of deterrence, significantly damaging their rocket-launching systems, dealing a painful blow to Hamas and other terror groups, and minimizing the damage on our civilian front” — omitting any reference to absolute victory.

It is time for us to remember the meaning of victory. Victory is what builds the Iron Wall, and decisiveness is what seals the cracks.

We cannot achieve peace while one side refuses to accept the fact that the other side has won — and has the right to exist. To Israel, victory means the state of Israel being recognized as the homeland of the Jewish nation. There is no point to discussing peace so long as the Arabs refuse to accept that fact, and refuse to abandon their dream of destroying Israel and exiling the Jewish nation from its ancestral and indigenous homeland.

As long as even leading members of Knesset such as MK Hanin Zoabi feel free to deny Israel’s right to exist as the Jewish state, we must remember that we are still engaged in a conflict that needs to be ended once and for all. And we must be mindful of the fact that we are in a war that we must win. Without victory, there can be no peace.

The author is a Knesset member for the Yisrael Beytenu party, and the chairman of the Knesset Israel Victory Caucus.