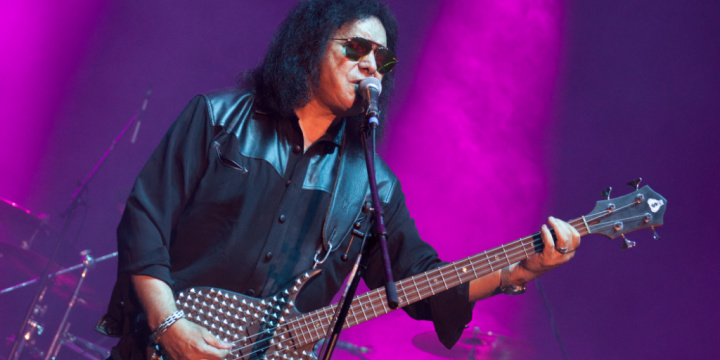 KISS frontman Gene Simmons said in an interview published on Monday that “the real secret that’s not widely talked about” is the contribution of Jews to the success of “Black music” in the United States.

The Jewish rock ‘n’ roll legend, who was born Chaim Witz, made the remarks while talking to the bimonthly magazine American Songwriter. When asked about “the long history in America” of Black Americans and Jewish Americans working closely together, the 71-year-old, whose mother was a Holocaust survivor, recalled the time when “Black music was not allowed to be heard on white radio” and said “it was really the Jews — [Jerry] Leiber and [Mike] Stoller, who wrote, ‘You ain’t nothin’ but a hound dog’ and ‘Give me fever in the morning,’ all that Black music.”

The two songs referenced by Simmons, “Hound Dog” and “Fever,” were originally recorded by the Black artists Big Mama Thornton and Little Willie John, before being popularized by white singers, Elvis Presley and Peggy Lee.

“The Coasters and Ben E. King and all that, written by two Jews,” he continued. “Two Jews who couldn’t stand Broadway and that kind of schmaltzy music that the other Jews were doing. They loved Black music and they were responsible for a lot of the Black music that came out there. Elvis, Big Momma Thornton and all that.”

“The truth is that if it wasn’t for [American record producer] Sam Phillips and a lot of the other guys, early rock ‘n’ roll, including Elvis, would have never happened. It was these Jews who owned the record companies that opened the doors to Black music. Sam Phillips recorded Bo Diddley and lots of other stuff while the rest of the record companies would never touch them.”

Simmons was born in Israel and immigrated to the United States at around the age of 9, not being able to speak any English. His first exposure to music was the African American singer and guitarist Chuck Berry; when Berry died in 2017, Simmons himself gave a eulogy.

“The original guys I heard that impacted my life basically was Black music,” he said, in the Monday interview. “And then after that, Jackie Wilson and, you know, all those guys. The white guys were okay and they appealed to the chicks and everything. But the real stuff was Black music. That made your bottom, your groin shake and move in ways that white music didn’t. Even [‘Let’s Twist Again’ singer] Chubby Checker.”

Simmons was the “Twist” champion at his school when he was younger, he told American Songwriter.