‘Daddy Gave Me a Present: A Machine Gun and a Rifle’ — Daughter of Imprisoned Palestinian A young Palestinian girl sent a message to her imprisoned father via the official Palestinian Authority (PA) TV program, “Giants of Endurance,” which is designed entirely for and about imprisoned terrorists.

The girl dedicated a song to her father that promoted terror with the words: “Daddy gave me a present, a machine gun and a rifle.” The young girl also vowed “victory over America and Israel”: 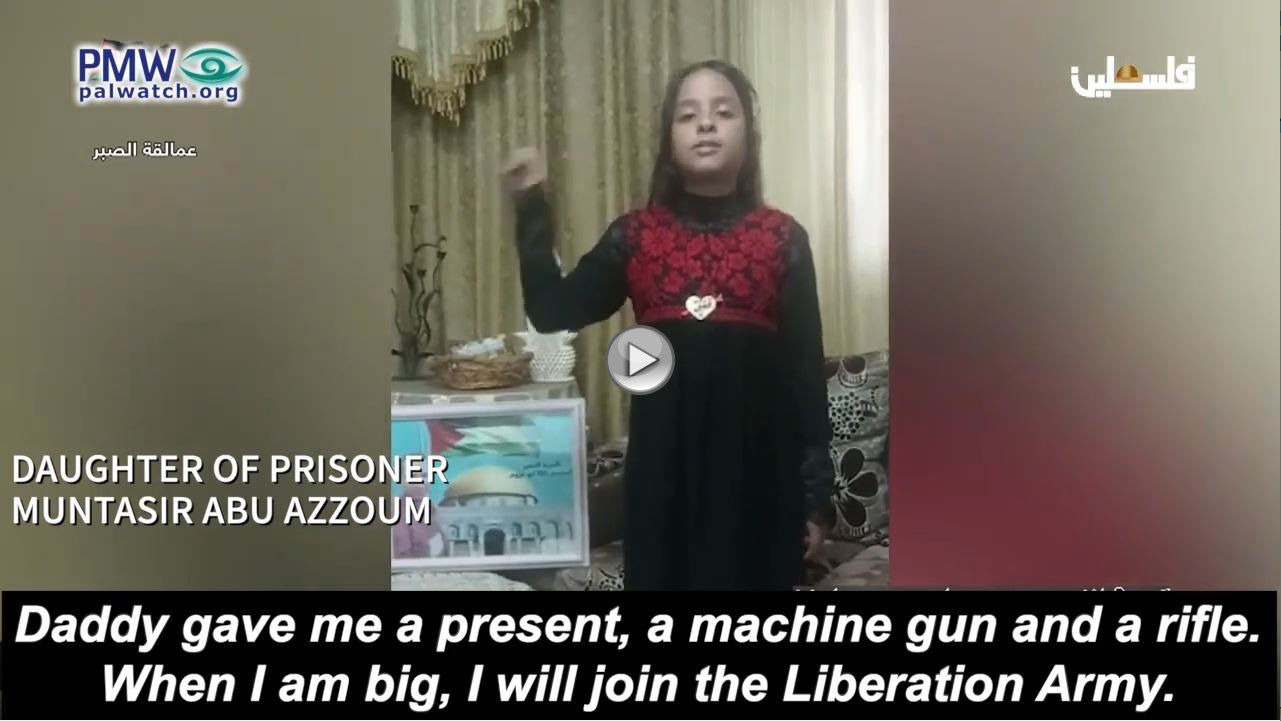 Daughter of prisoner Muntasir Abu Azzoum: “I want to dedicate a song to dad:

Daddy gave me a present, a machine gun and a rifle.

When I am big, I will join the Liberation Army.

The Liberation Army taught us how to defend our homeland.

We will achieve victory over America and Israel.”

The girl is the daughter of Muntasir Abu Azzoum — a Palestinian imprisoned in Israel. We were unable to determine the nature of his crimes.

Palestinian Media Watch (PMW) has reported on other very young Palestinian children singing this and similar songs in the past, including Fatah Central Committee member Tawfiq Tirawi’s pride in his two-year-old grandson singing a similar song with the words: “Daddy, buy me a machine gun and a rifle, so that I will defeat Israel and the Zionists.”

This is consistent with what PMW has repeatedly reported — that it is PA/Fatah policy to educate the young Palestinian generation to favor violence and terror as the best means to “ achieve victory over” Israel.

Last year, PMW exposed another young girl reciting a poem to her imprisoned uncle. Her message also promoted use of violence — “our rifles are on our shoulders”; glorified terrorists — “I swear by the Jihad fighters and prisoners”; and ended with a promise: “We will trample the necks of the Zionists”: 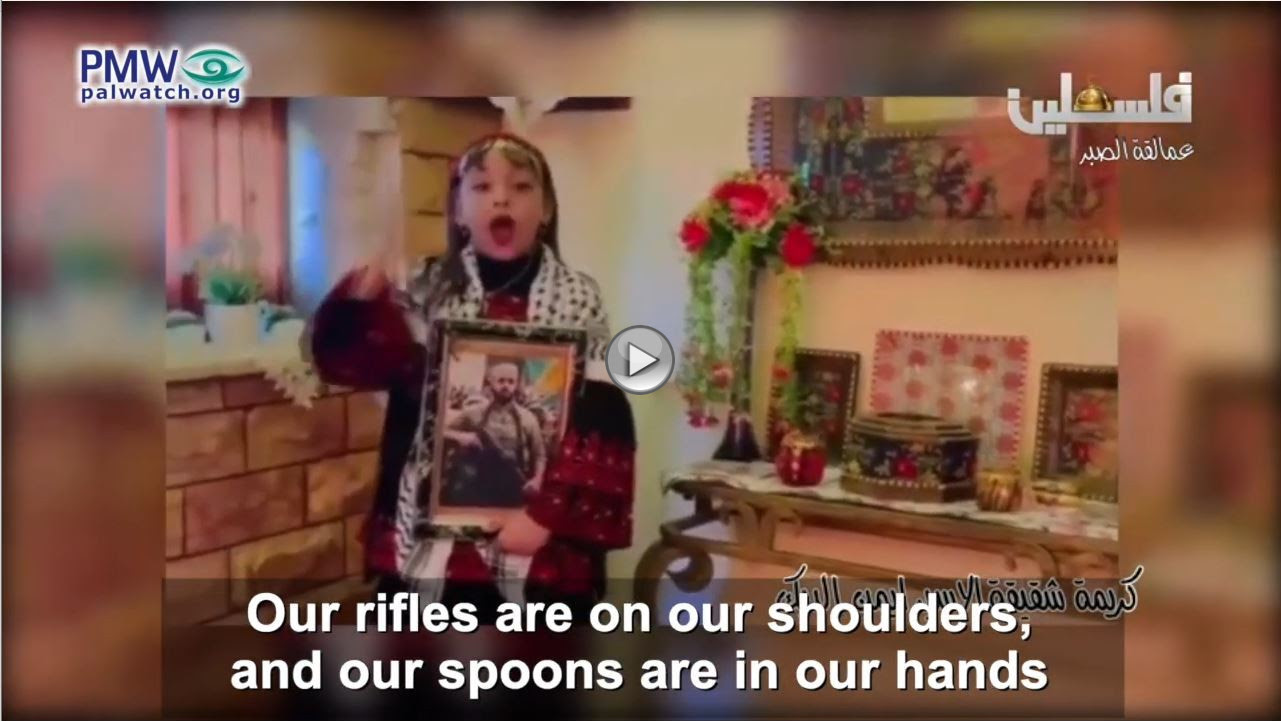 Rama: “I send greetings to all the male and female prisoners and especially to my uncle Ayman [Al-Dik] … and I dedicate a poem to them with sounds of joy:
Do not think that the prison has humiliated us,
Our rifles are on our shoulders, and our spoons [to dig out of prison] are in our hands
I swear by your head, Ayman, and by the Jihad fighters and prisoners
We have seen trouble many times in Palestine and we were saved from it …
We will trample the necks of the Zionists and make a path out of them.” [emphasis added]